Has it Been Four Already?

Today my hubby and I celebrate four years of wedded bliss.  I can't believe it's been four years since that wonderful day!  The time has truly flown.  Considering we've been together for almost 8.5 years now, and it's been an incredibly fun and fulfilling experience since day one, I'd say we have quite a lot of pleasant memories to reflect on.  To keep this post from becoming a novel, however, I'll focus my attention on just the married years! 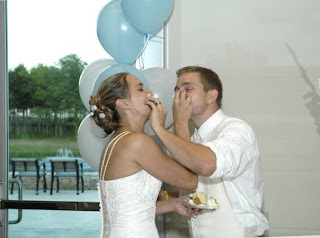 As Jer and I exchanged vows, I knew we had a wonderful future in store for us.  I honestly couldn't have imagined we'd be where we are today, though, after just four short years.  It's been a crazy ride to get us here! 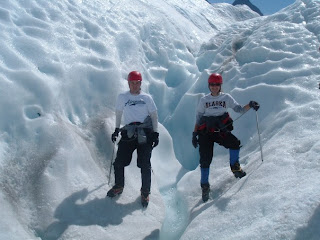 2006 - After spending an amazing honeymoon in Alaska, we settled into our new house in Amarillo.  We were so proud of our little house and our huge backyard!  Jer and I loved being close to his family, because it meant weekly family dinners, game nights, and relatives that doubled as great friends! 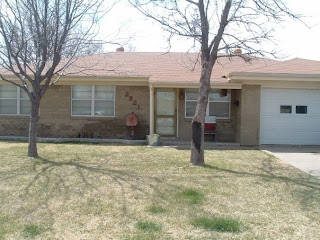 2007 - We both started out happy with our jobs in Amarillo, but began to lose interest as the months passed.  I traveled frequently and missed just being at home, and Jer felt stunted in his career advancement.  He realized the opportunities in software development that awaited him in a bigger city, so he started applying for jobs in Dallas.  I held off on my job search, because we weren't dead-set on moving unless a great opportunity presented itself.  Not surprisingly, Jer started receiving appealing offers immediately.  He accepted one and broke the news to the family that we'd be moving to Dallas.  It was really sad, but I think everyone understood that Jer is a brilliant guy, and he wasn't able to realize his full potential in the current situation.  The new company wanted him to start immediately, so he moved into an extended stay hotel near their office in Hurst, while I packed up all our stuff in Amarillo and started looking for a new job and house in DFW.  Luckily all those things went smoothly, and in March 2007 we moved into our new house in Lewisville the weekend before I would begin my new job. 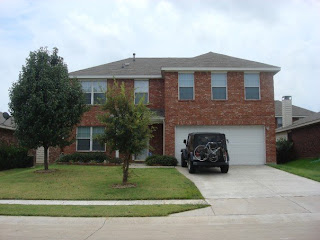 2008 - Since Jer's company was in Hurst, and mine was in Addison, our house in Lewisville was our attempt to make our commutes as manageable as possible.  Both of us were driving at least 20 miles and 45 minutes each way, though, just in opposite directions.  I absolutely loved my job, and Jer was pleased with his.  My family was nearby, which was an added bonus.  My friends from high school were also in the DFW area, and lots of our friends from college were here too.  We started going to professional sporting events, joining athletic leagues, and hanging out at the lake.  Life was good!  Soon, a new career opportunity presented itself to Jer, which would give him more responsibility and leadership roles.  It was very enticing for those reasons, but also because it would mean his office would be 2 miles away from mine.  We started carpooling whenever possible.  Since our schedules differed, we weren't able to do this as often as we would have liked to, though.  After we realized we were both still driving 20 miles each way through ridiculous traffic, to practically the same location, we knew a move was in order.  Pack it up, again!  In July 2008, we moved into our new house in Carrollton. 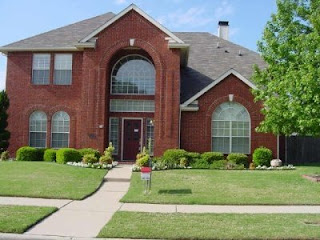 2009 - This year we vowed to not move!  LOL.  We finally felt like we were in the house we wanted and at the jobs we wanted.  Since we didn't have the stress of those things weighing on our minds, we spent more time focusing on things that made us happy.  We spent a lot of time with our families, we traveled whenever possible, we increased our charitable pursuits, we made new friends, and we had fun experiences with old friends.  We even hosted a foreign exchange student!  This is what married life should be like.  I feel like the first few years were the (necessary) build-up to this amazing year. 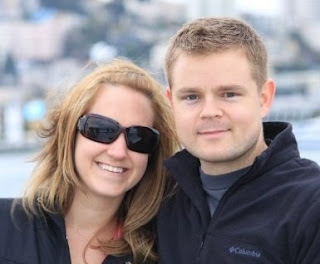 2010 - This year could probably be dubbed "The Year of the Vacation."  If we didn't fully learn it in 2009, by now we know that life is too short not to do what you love.  Jer and I have a desire for traveling and experiencing new things, and we have vowed to do just that as often as possible.  We've been to St. Louis, Las Vegas, and Puerto Aventuras so far this year.  We're off to Europe next month.  I have a suspicion that we'll sneak in another trip later this year.  It's my hope that we'll continue this trend of living life to the fullest. 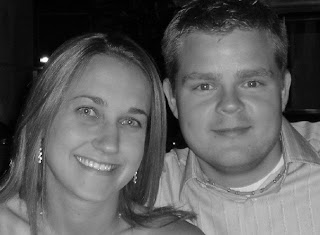 I didn't come anywhere close to fully detailing our journey over the last four years, but you get the idea.  On this day, our fourth wedding anniversary, we are the happiest we've ever been.  We're more in love than ever before.  Some days I have to pinch myself that I was lucky enough to find this guy.  By no means do I think I have the monopoly on these feelings or this experience.  The more people that feel like I do about their partner, the better.  But just because other people have it, doesn't mean I still can't smile and be grateful that I've got it too.  Jer and I are on this crazy ride called life, side-by-side, with our eyes always looking forward and our hands clenched tightly together.  Here's to 70 more years just like these 4.
Posted by vanweezy at 8:00 AM