Sometimes there are perks to being a Broker. I closed a large deal a couple months ago and the loan officer my client used offered me tickets in her suite at a Mavs game. I couldn't go to the one she proposed, so she offered to find me another game to attend. Well, the regular season quickly ended, and it was time for the playoffs. She was nice enough to offer me two tickets to one of those games, but of course it was when Meezy was out of town. Doh! I wasn't going to pass up the opportunity though, so I invited my sister along. It was as sweet as we expected it to be! Awesome spread of food and drinks, plenty of space to sit and relax, and great views. 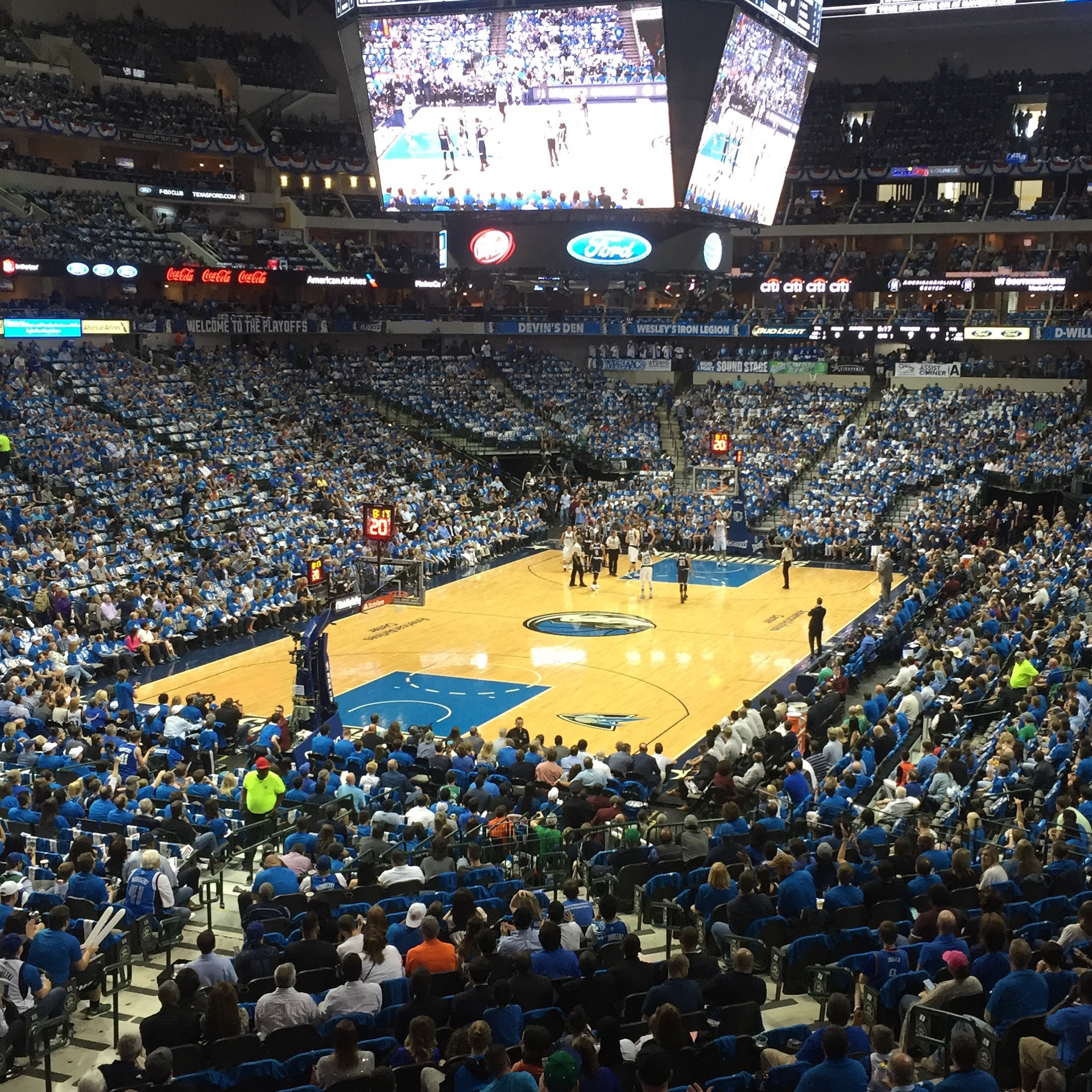 For the past year or so, Meezy has been telling me that he wanted to rent a suite sometime at a Rangers, Stars, or Mavs game and invite our friends to join us. We never got around to it, but my visit to that suite at the Mavs playoff game brought it back to the forefront. It just so happened that my birthday is approaching, and the Stars are in the playoffs too. I got an email from the Stars that said they had suite rentals available during the playoffs. This seemed like the perfect time to pull the trigger! We figured it would be a cool way to celebrate my birthday, spend time with our friends, and cheer on the hometown team. I snagged a suite for last Friday's game and invited 10 friends. My sister and her son already had tickets to the game, so we just escorted them up to spend it in the suite with us instead of in their regular seats.

Streamers to celebrate the win! 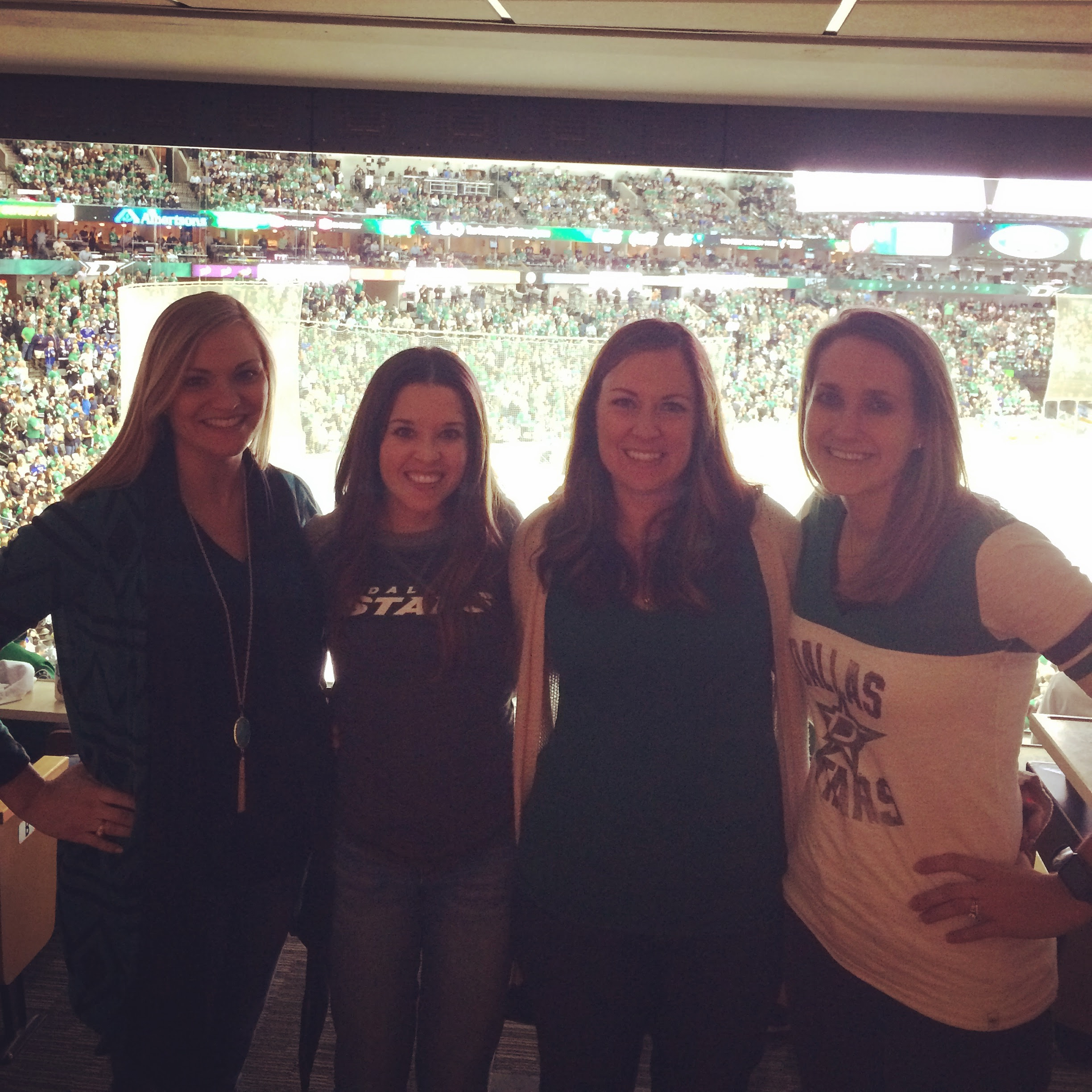 Some of the lovely ladies who were grateful for a kid-free get-together!

Some of my favorites, who happen to be huge fans!

It wasn't cheap by any means, and the food and beverage package added up quickly, but it was totally worth it. My sister-in-law had never been to a hockey game before, so that made it even cooler. You don't get a chance to do that very often and it became even more memorable than we expected it to be! After the game was over and the arena was clearing out, we decided to hang around the suite a little longer to let the traffic die down. After a while, my sister noticed that Mavs star Dirk Nowitzki was in the suite a few doors down. We all got star struck and thought it would be crazy to actually meet him. After pondering it for a while, we decided to just go in the hallway and walk down and see what happened. Well, he was in the hallway right at that time, so I asked him for a pic!  He was gracious enough to oblige and it literally left my friend Stari and I giddy with delight. 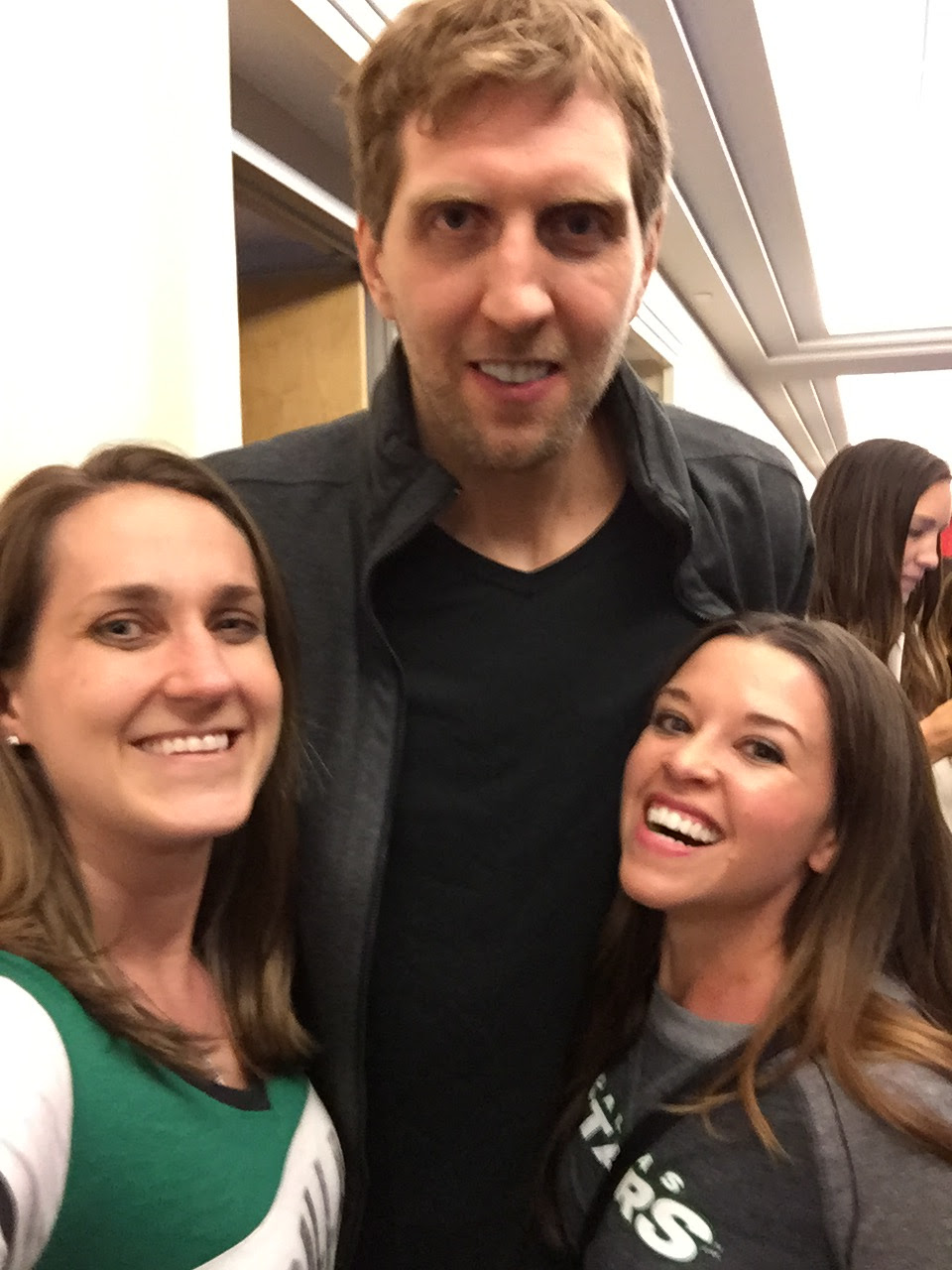 My nephew also snagged a pic with him: 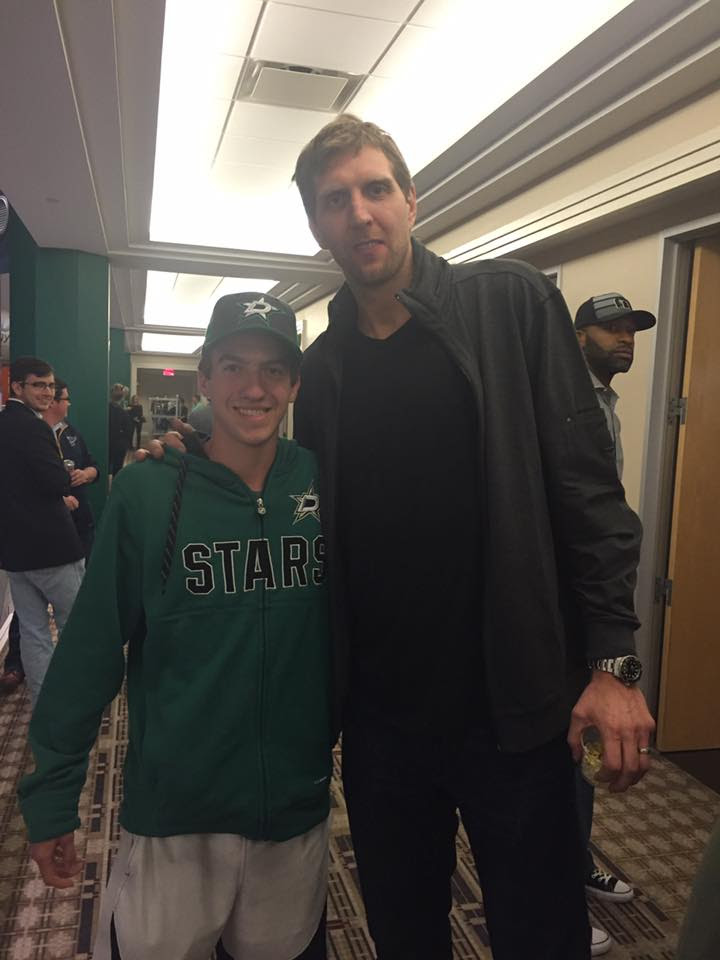 You're pretty awesome, Dirk!  Thanks for making our night. Fellow Mavs player Chandler Parsons was also with him, but I was too slow to realize it and missed my chance to get a pic with him. Darn it! What a night, though. Maybe we'll get the chance to do something like that again in the years to come.
Posted by vanweezy at 11:09 PM No comments: