I saw a post on Facebook from Dallas Mom's Blog saying they needed audience members to attend a taping of Good Morning Texas. The topic of the show was going to be Fall Fashion. I was free that particular morning, so I signed up for a spot. I figured it would be cool to see how a live show was filmed and potentially get to meet some of the anchors. My sister was free that morning too, so we went together.

When we arrived, it was kind of funny because there were models everywhere getting ready for the show. We felt out of place! The producer rounded up the audience members and brought us into the studio. She gave us some insight into how things would go, asked us to put our phones on silent and tuck our bags under our chairs, and encouraged us to be energetic and smile often. The cool thing was that she didn't mind if we took pictures or stayed around to meet the staff after it was over. 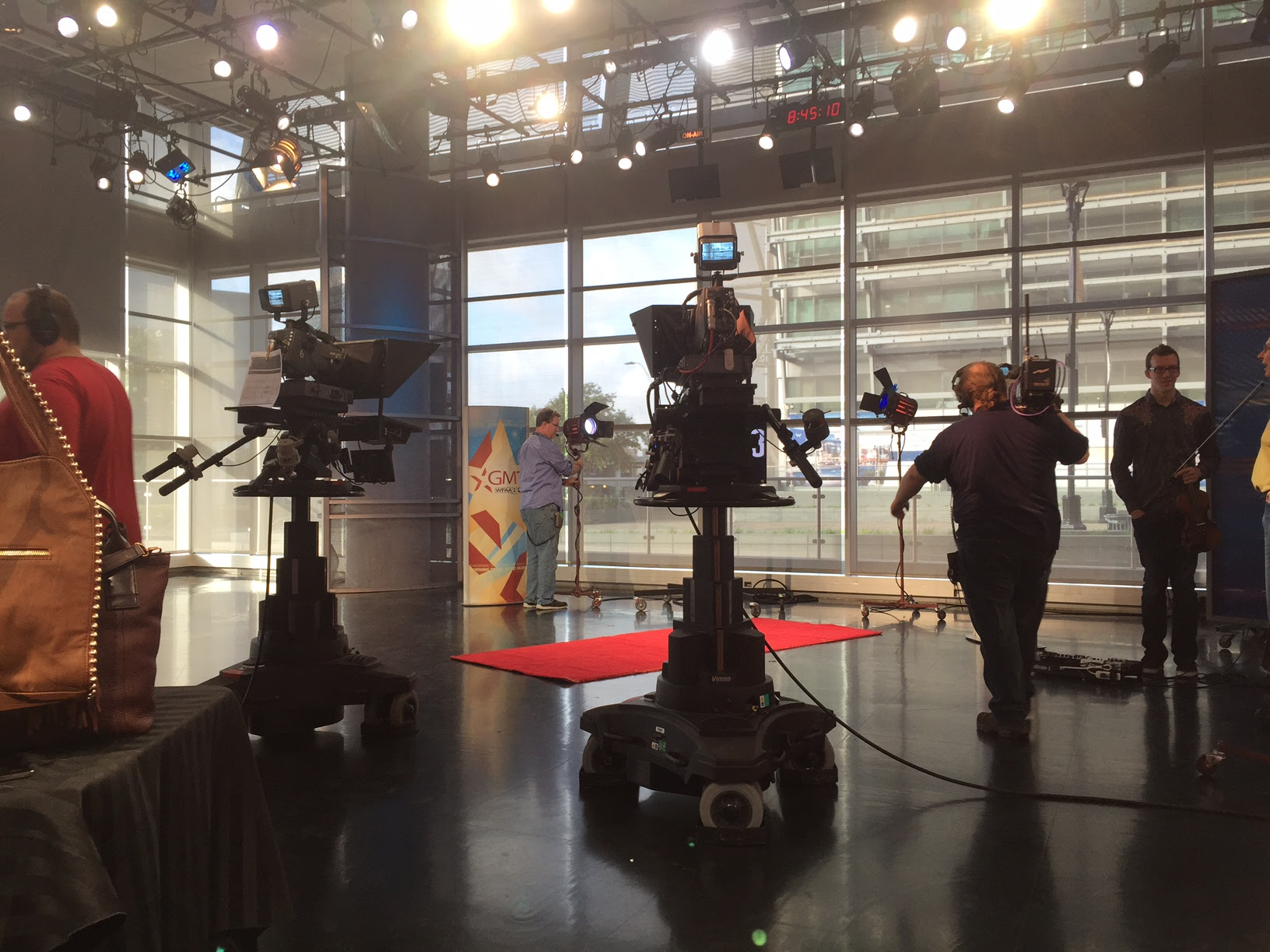 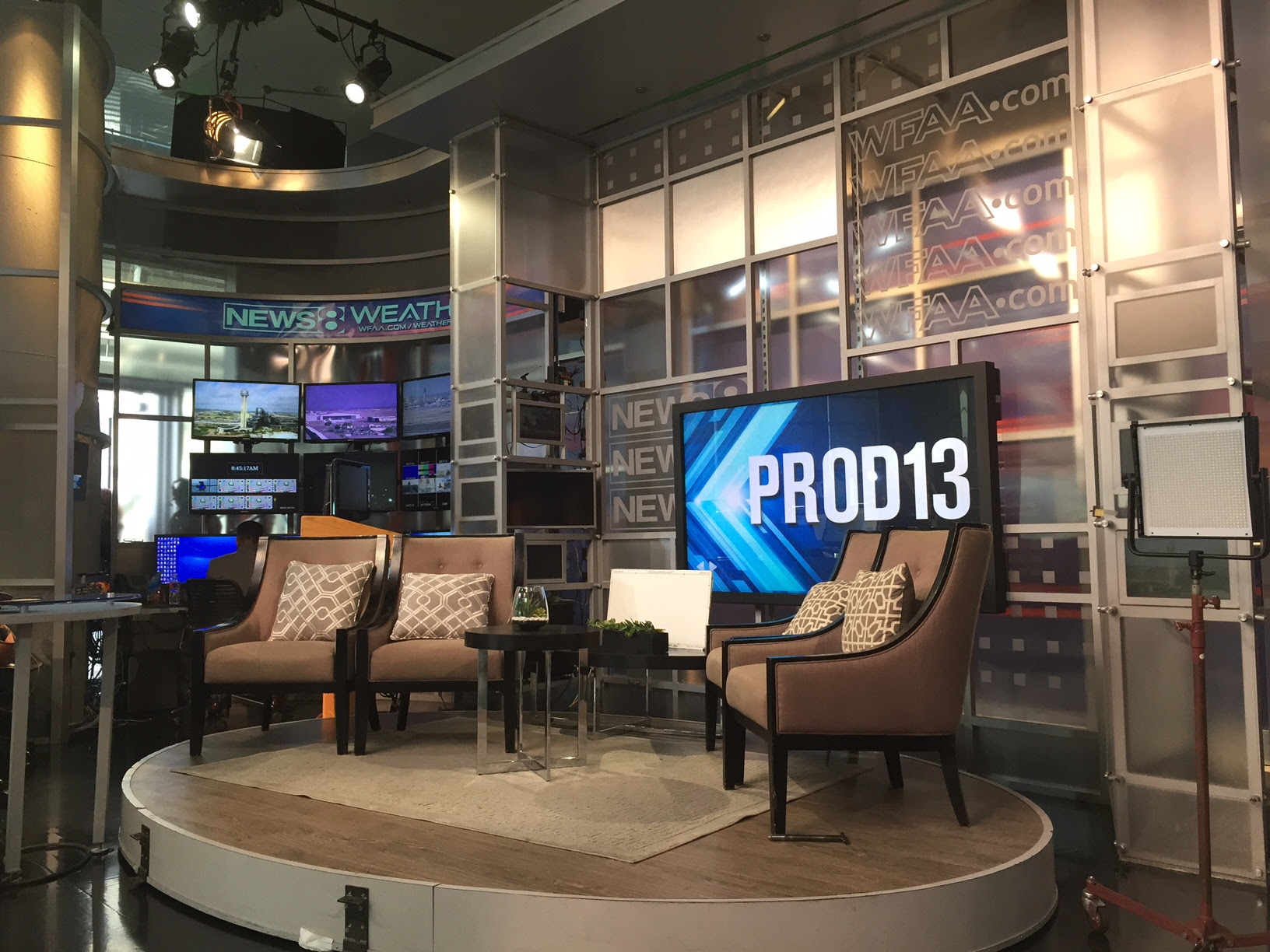 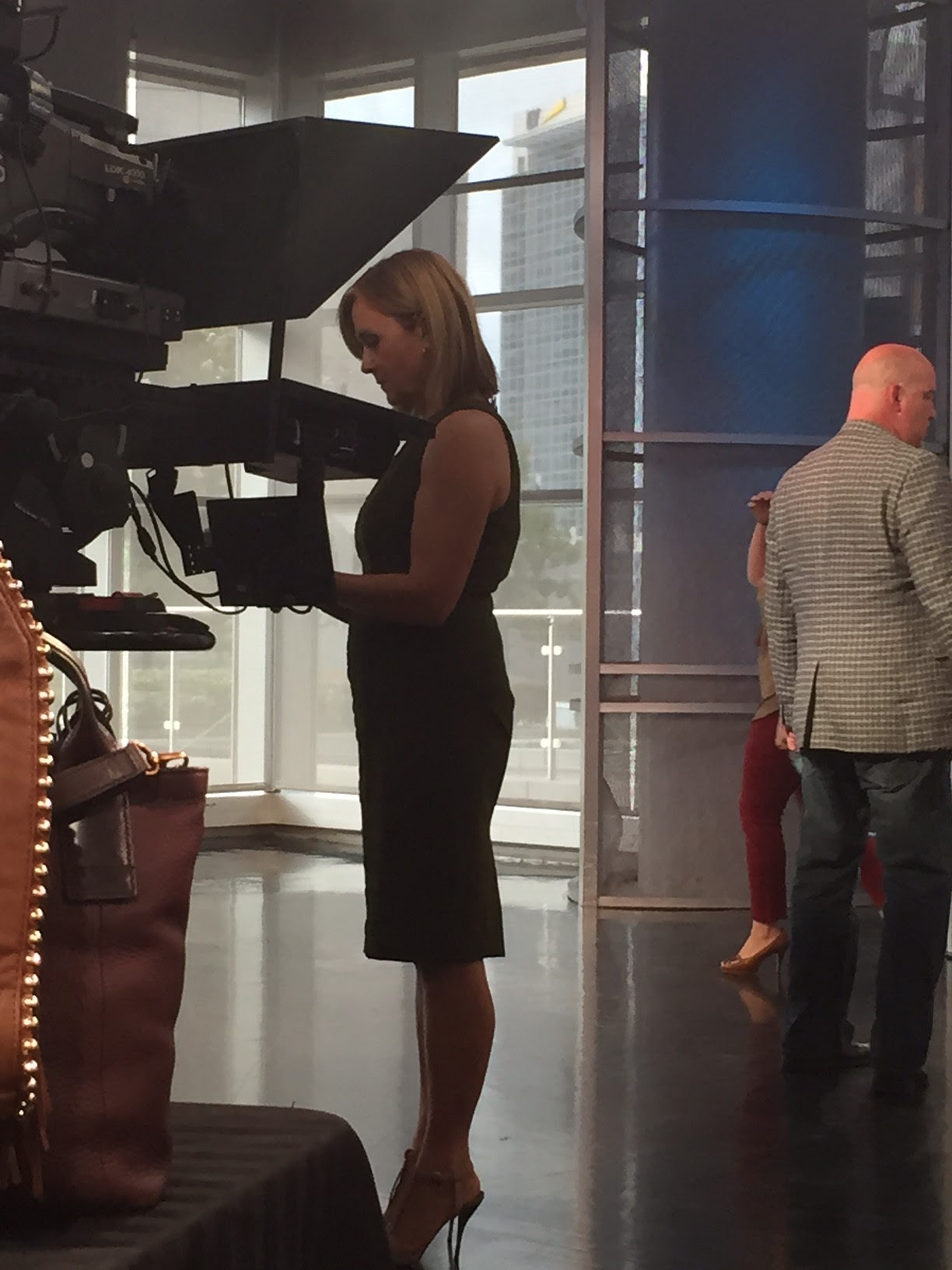 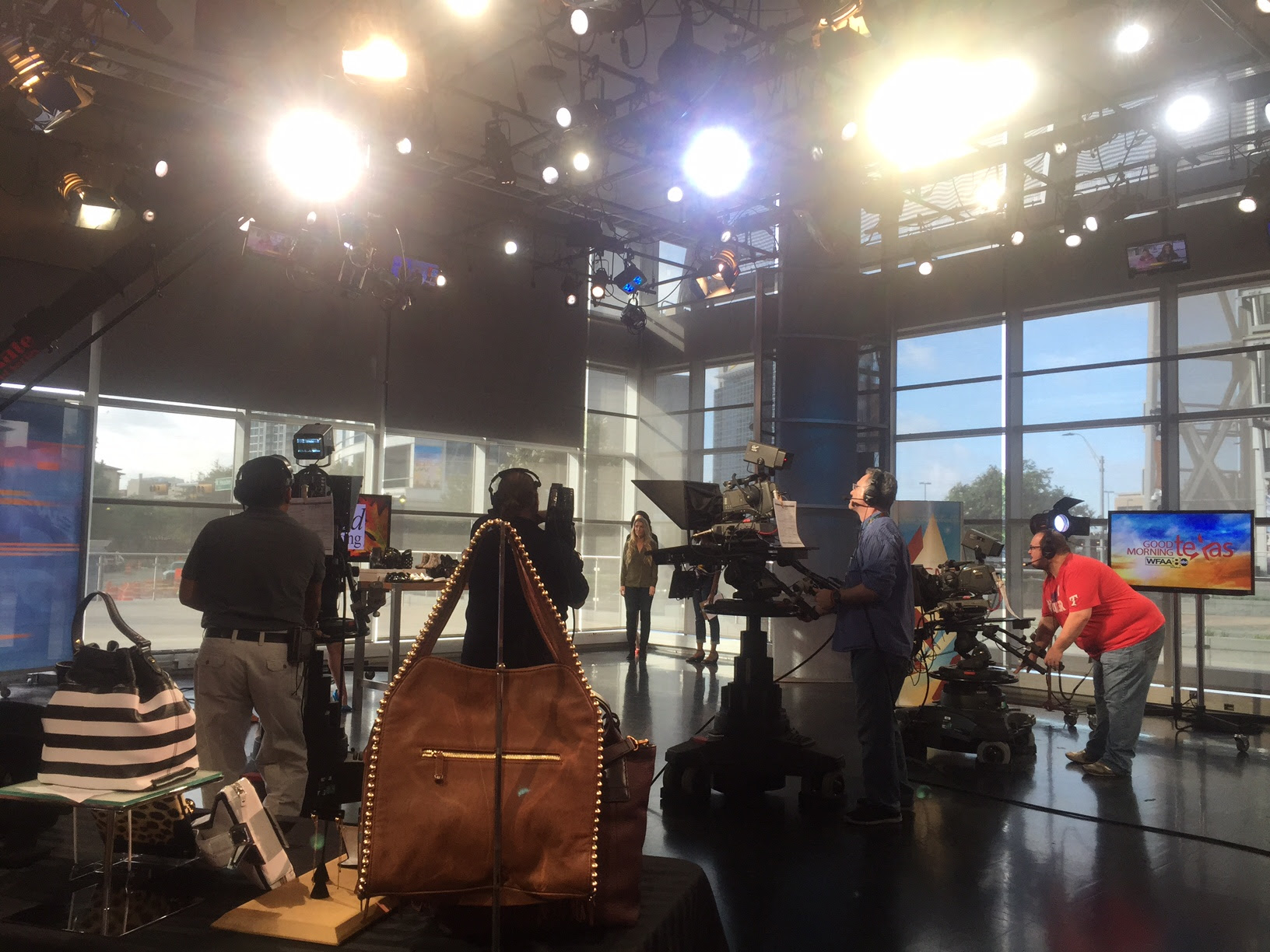 I have to say the operation seemed frantic. It didn't appear that the anchors, crew, or talent had much notice about what they would be doing next or where they needed to be. It was clear that no one had done a run-through. I'm not sure if that's how it normally is, or if this show was an exception since there were so many special guests/models, etc. All I know is that I would be super stressed out if this is how things go 5 days a week! Mad props to everyone for being professional and getting the show done, though. The anchors did their jobs very well and rolled with it when they needed to. 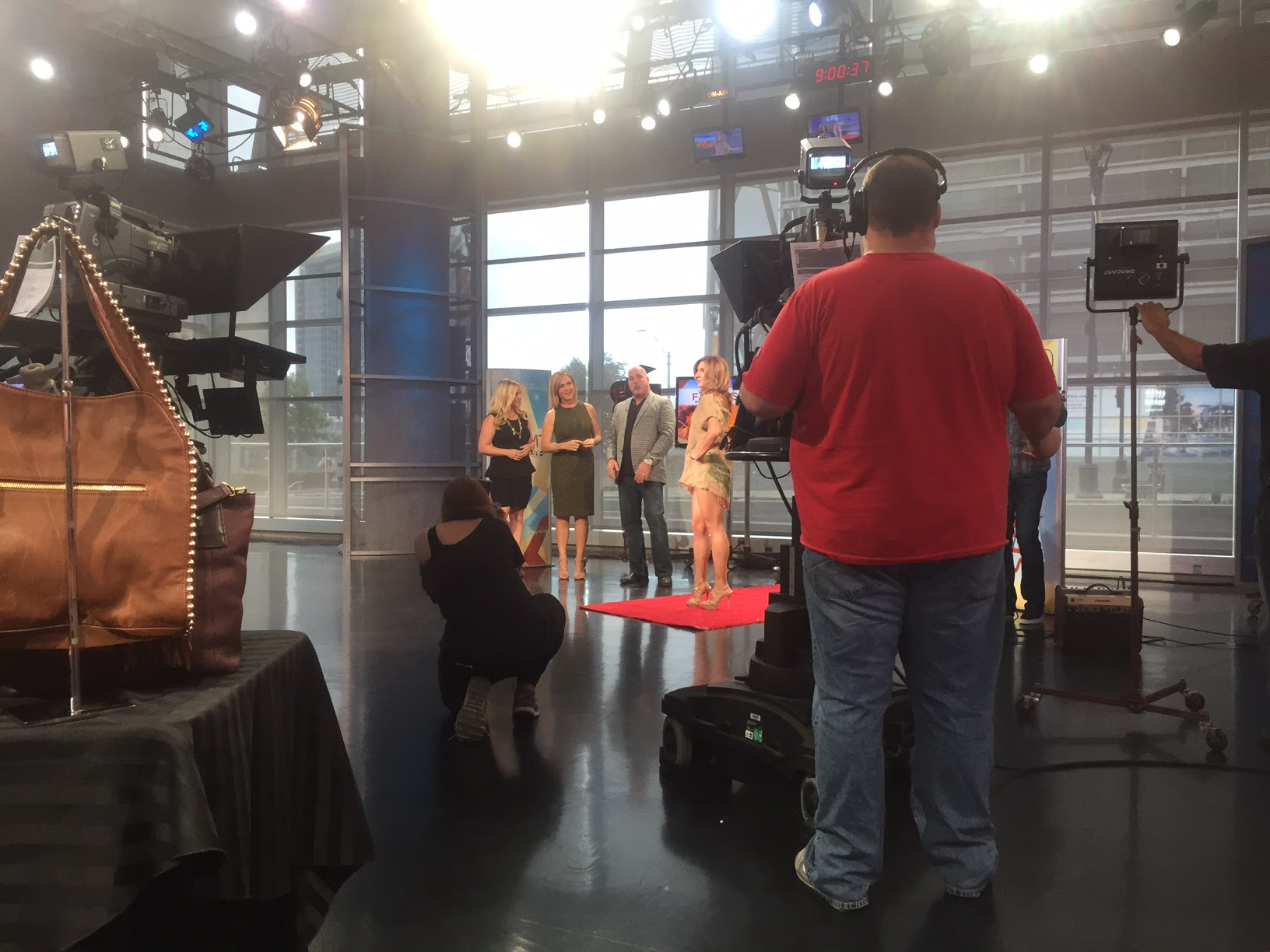 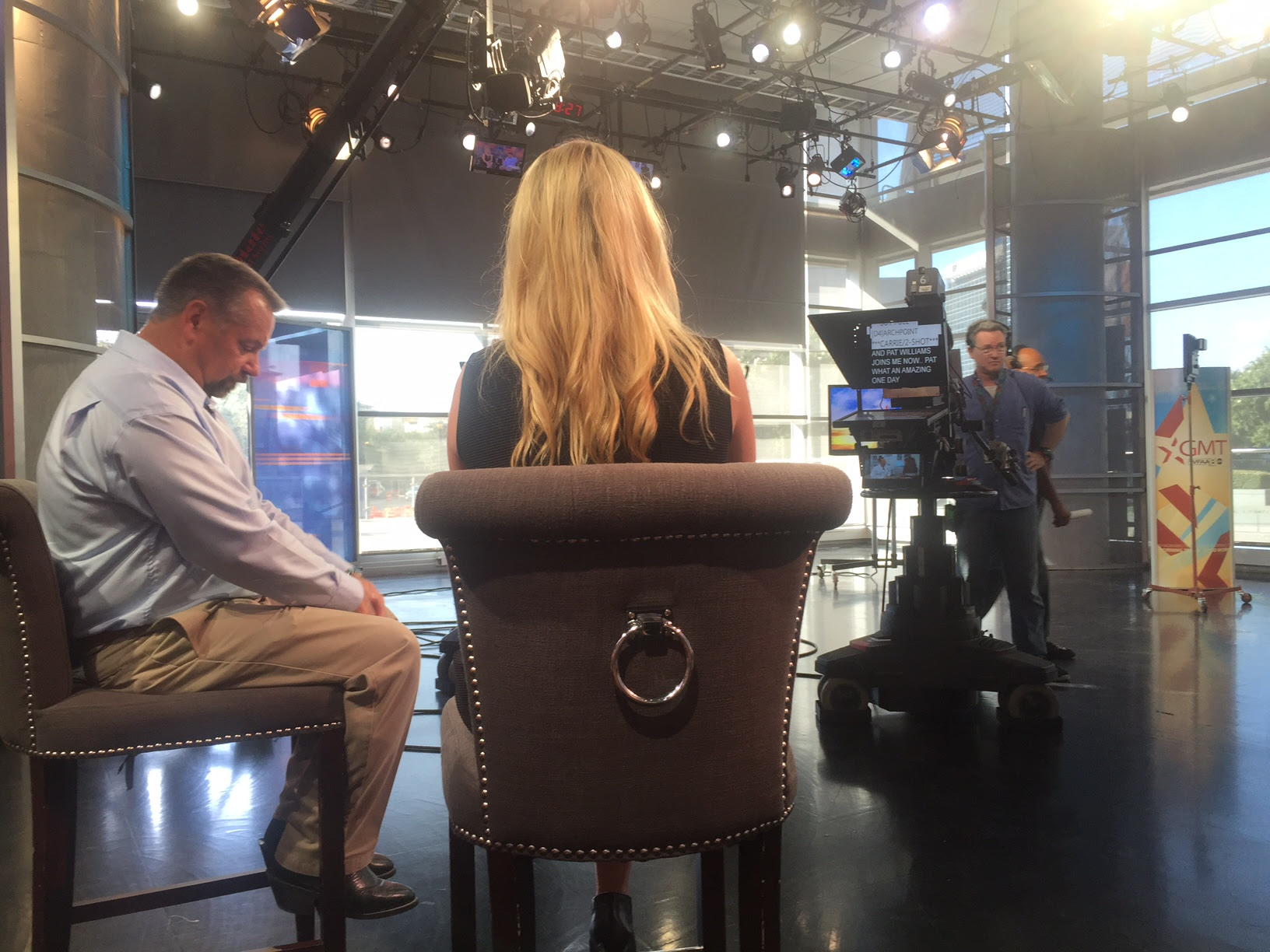 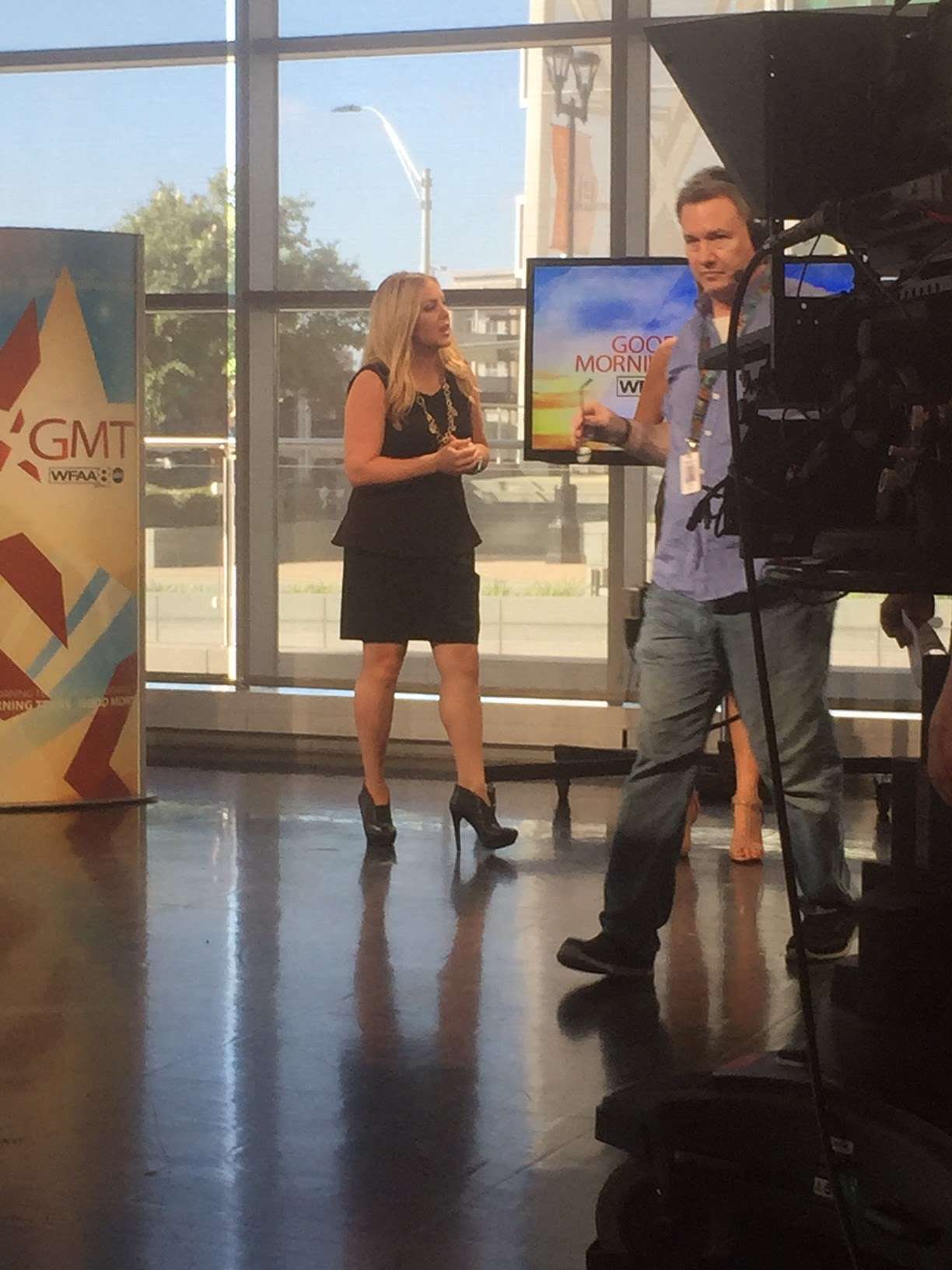 I definitely had a front row seat. Here's what it looked like from the viewer's perspective. I'm in the blue and white dress. 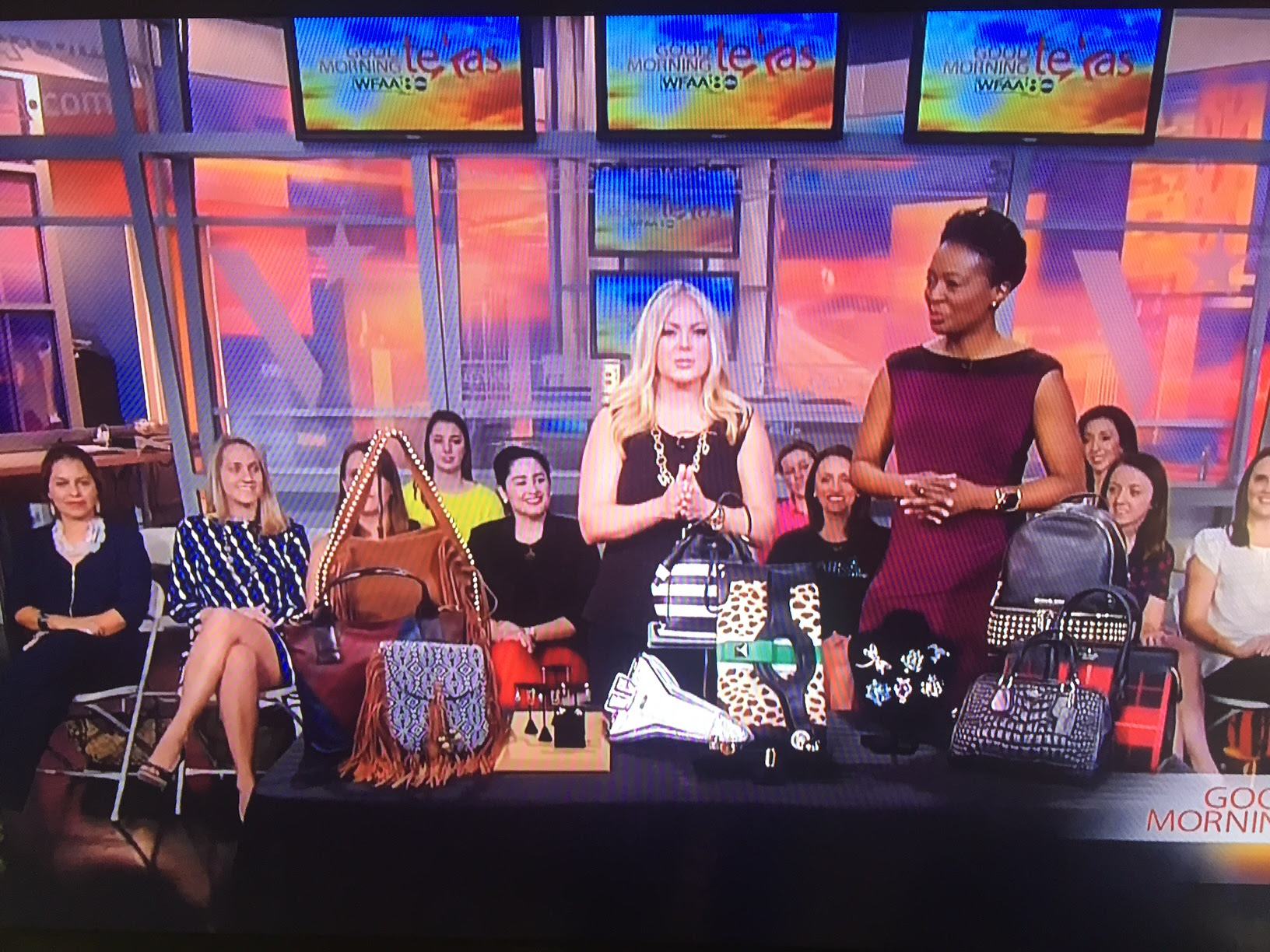 We were able to visit with anchor Carrie McClure for a little bit after the taping and she was gracious enough to pose for a picture with us. Anchor Jane McGarry was busy filming short promos/teasers for upcoming shows, so we didn't get a picture with her. 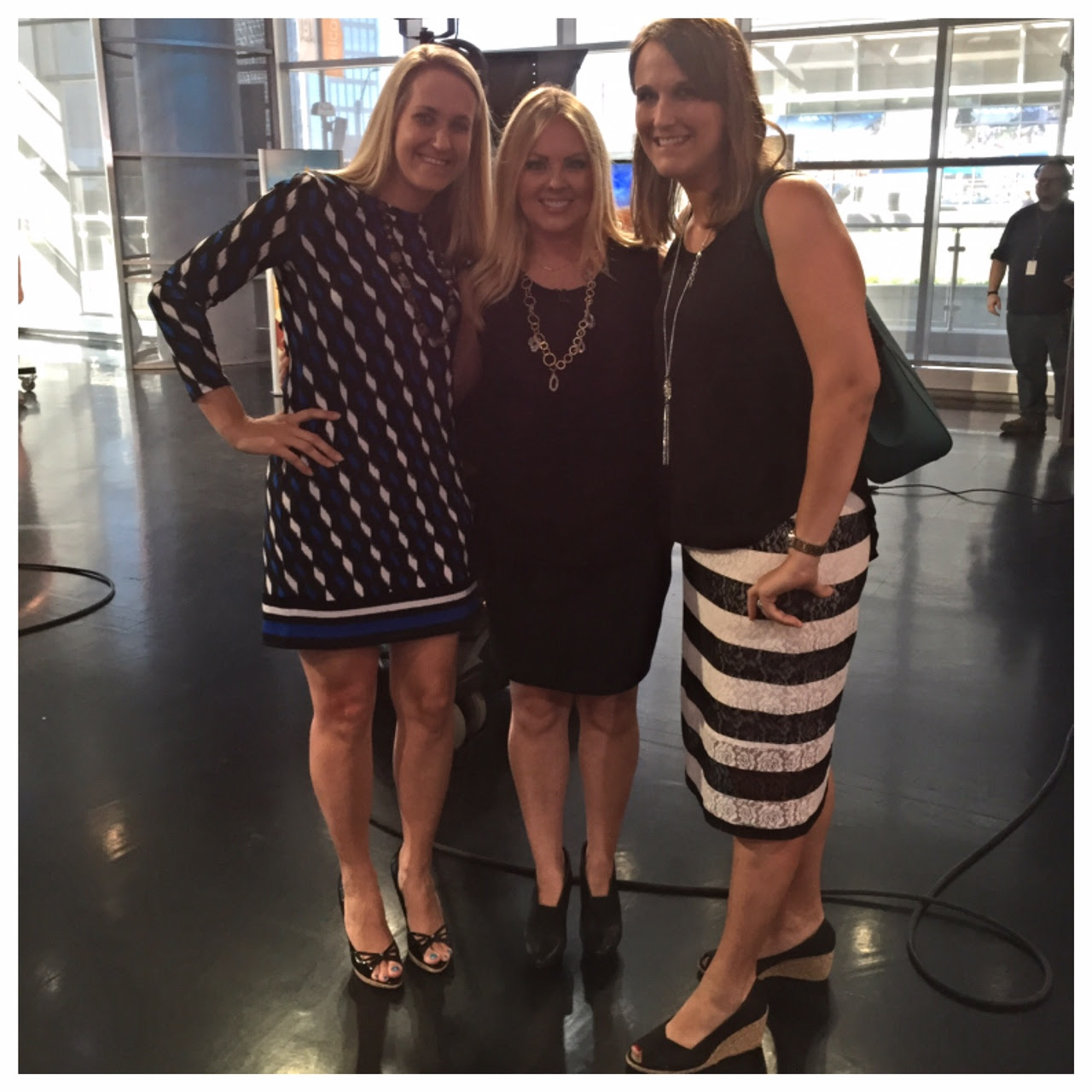 Posted by vanweezy at 3:34 PM No comments:

Do me a favor and spend the next 8 minutes watching this video. It'll make you be quiet, make you listen, and make you humble.

Visit their website to see how you can help. I ordered a couple of t-shirts to support their cause, and I'm following them on facebook and instagram to keep up with their new endeavors. We should be so grateful for the healthy kids in our life, and we should open our arms to those who aren't so fortunate. Now, go shout love!
Posted by vanweezy at 12:26 PM No comments:

I shop online a lot now that I have two kids. In my pre-motherhood days, I used to actually go in to stores to buy registry gifts, birthday gifts, clothes for myself, etc. That would be quite the chore at this point, so online shopping is my solution. I needed to buy a wedding gift for my nephew and his wife, so I went to ebates.com to see if any of the 3 stores they registered at were offering cash back. To my enjoyment, I saw that orders from Macy's would qualify for 6% cashback, and that's one of the stores they were registered at. Woot! There's literally nothing else you have to do besides start at Ebates and link to the retailer's site from there. The added benefit is that the site alerted me to the fact that Macy's was having a 15% off sale with free shipping on orders over $75. Bonus!

To date I've earned $230 in cash back by starting at the Ebates site first before ordering something online. It's also reminded me about coupon codes and sales, so I've saved countless extra dollars from that too. What you earn gets paid out quarterly, and I elect to get mine sent directly to my Paypal account. That way I can access it immediately. You can also have it sent to you in the form of a check. I'm not pulling your leg - the site is completely legit and I've been using it for at least a couple years now. I don't usually like to refer people to programs or websites, but I can't think of a reason not to tell everyone about this site. They literally give you money back each time you make a purchase online with a retailer they support. You were going to shop there anyway!

Happy shopping!
Posted by vanweezy at 3:43 PM No comments: