I had the incredible opportunity to take Dutch to Europe for a week in November 2018. I was signed up to get cheap flight alerts from Scott's Cheap Flights and one popped up for a non-stop round trip flight to Frankfurt, Germany for under $500. That's a heck of a deal, and we have friends in Germany, so I asked Meezy if he wanted to go to Europe. After looking at the dates and contemplating childcare, he decided he didn't want to, but he suggested I take Dutch. The chance to bring my little Dutch boy to see his favorite Germans, and the ability to show him the "homeland" of Holland, was too good to pass up. I quickly texted my sisters to see if either of them wanted to tag along with one of their children, and my sister Jo was able to commit with her daughter Olivia. You have to move fast on these flight deals, so we secured our dates and knew we could work out all the other logistics at a later time.

We spent the next couple months deciding which cities we'd visit, what attractions we wanted to see, where we'd stay, and how we'd get from place to place. My former exchange student Kim (practically a real family member as far as I'm concerned) and her boyfriend Fabian live in Koln, Germany, so we made as many plans with them as we could.

We departed from Dallas on a Wednesday afternoon and arrived in Frankfurt early the next morning. Dutch slept for a couple hours on the plane, but I was not so lucky! First order of business was picking up our rental car at the airport. Even though we booked a 4-door Mercedes C-Class, it was still a tight fit with all our luggage. Nevertheless, we got on the road and headed toward Koln, stopping in Bonn along the way. You can't miss the Haribo store! 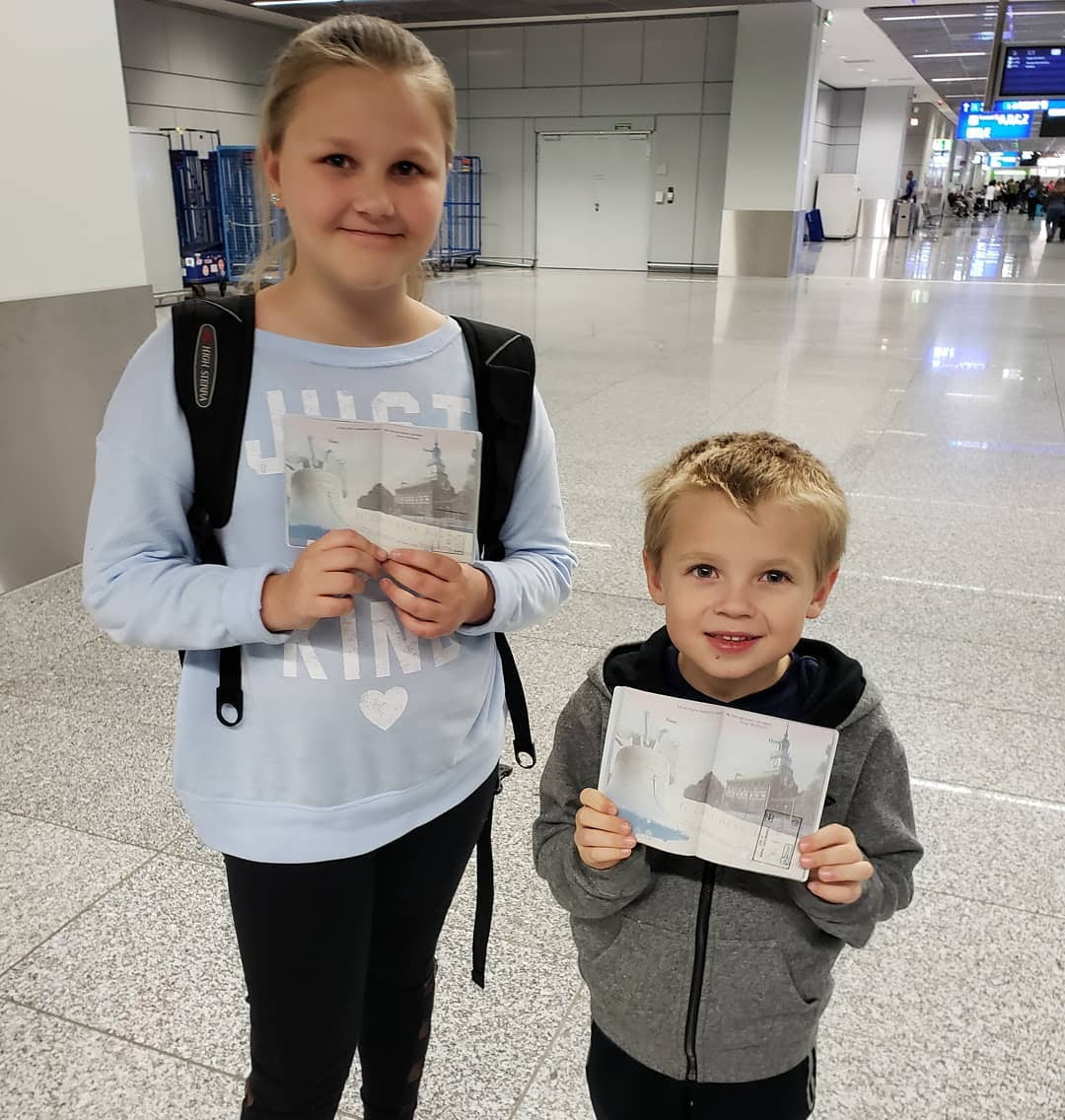 When we got to Koln, we checked into Ibis Styles Koln City. It's actually kind of difficult to find hotels that can accommodate 4 guests in the same room in Europe, so we had to resort to searching for hotels that had "family" rooms. This one did and even though it was quite small, we made it work! They had a cute area for kids in the lobby. 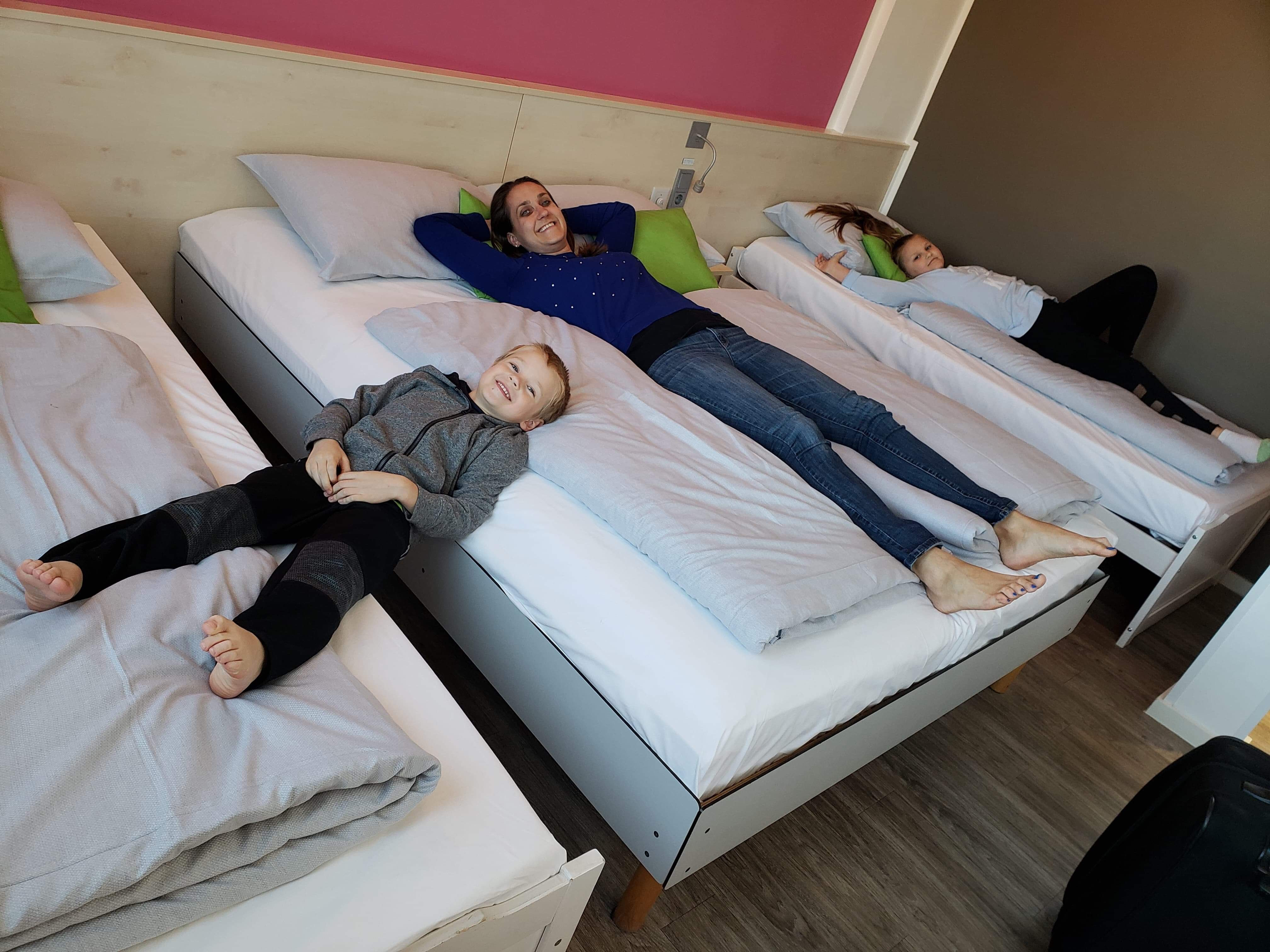 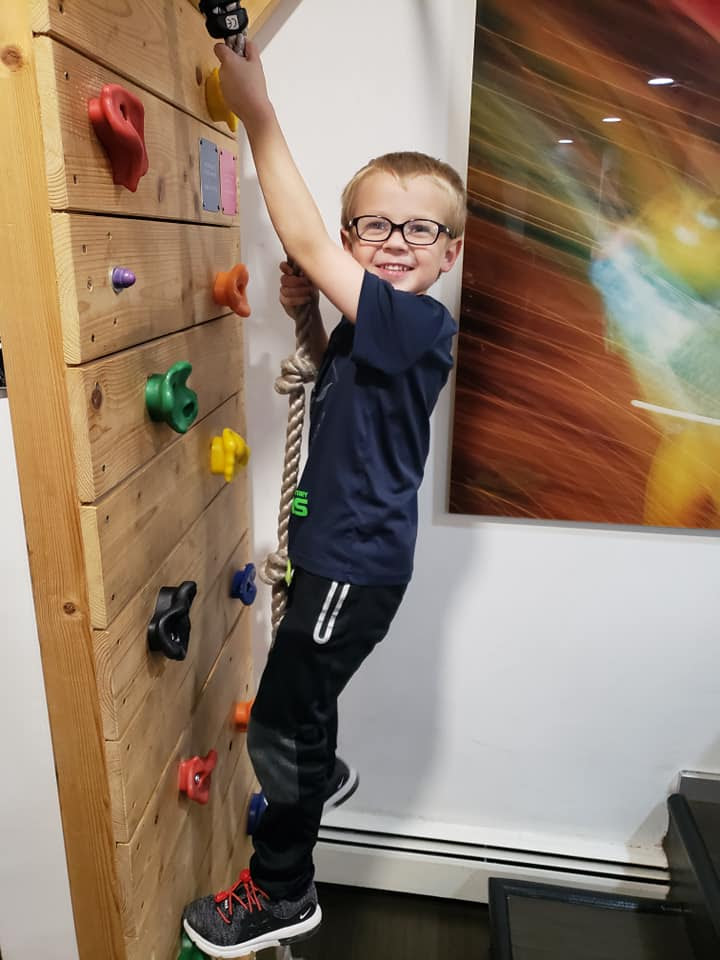 We got settled in and excitedly waited for our German friends to meet us at the hotel. They brought us to their apartment so we could eat dinner and visit. They had made some special requests for American items that are hard to find in Germany, so you can imagine how excited they were when we showed them all the loot we brought! 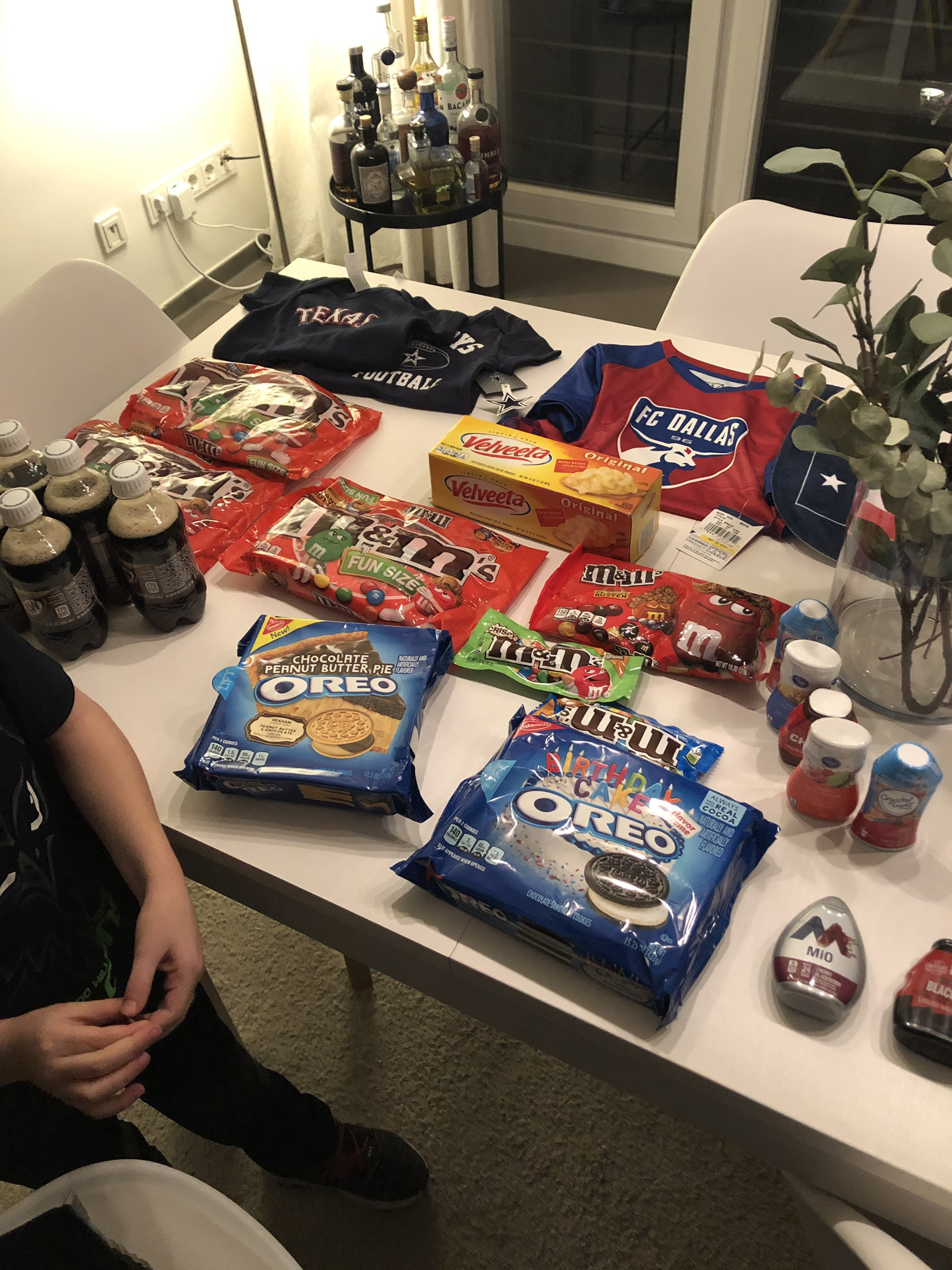 That first night was spent relaxing and catching up and discussing all the wonderful plans we had in store! More to come.

You'd think Jude's birthday was at the beginning of the year, since it always takes me a couple months to post about it! In reality, Jude turned four back in November, but better late than never. His birthday was the day after Thanksgiving, and since we were already having family over to celebrate the holiday, we decided to celebrate him that day too. He got a special cake, lots of love from his cousins, grandparents, aunts, and uncles, a Paw Patrol bike, and some pretty cool toys. In typical Jude fashion, he was actually upset when he saw the bike, because, well...I'll let you see why:

Jude loves puzzles and is really good at them, so my sister had a custom puzzle made for him. It was pretty neat! 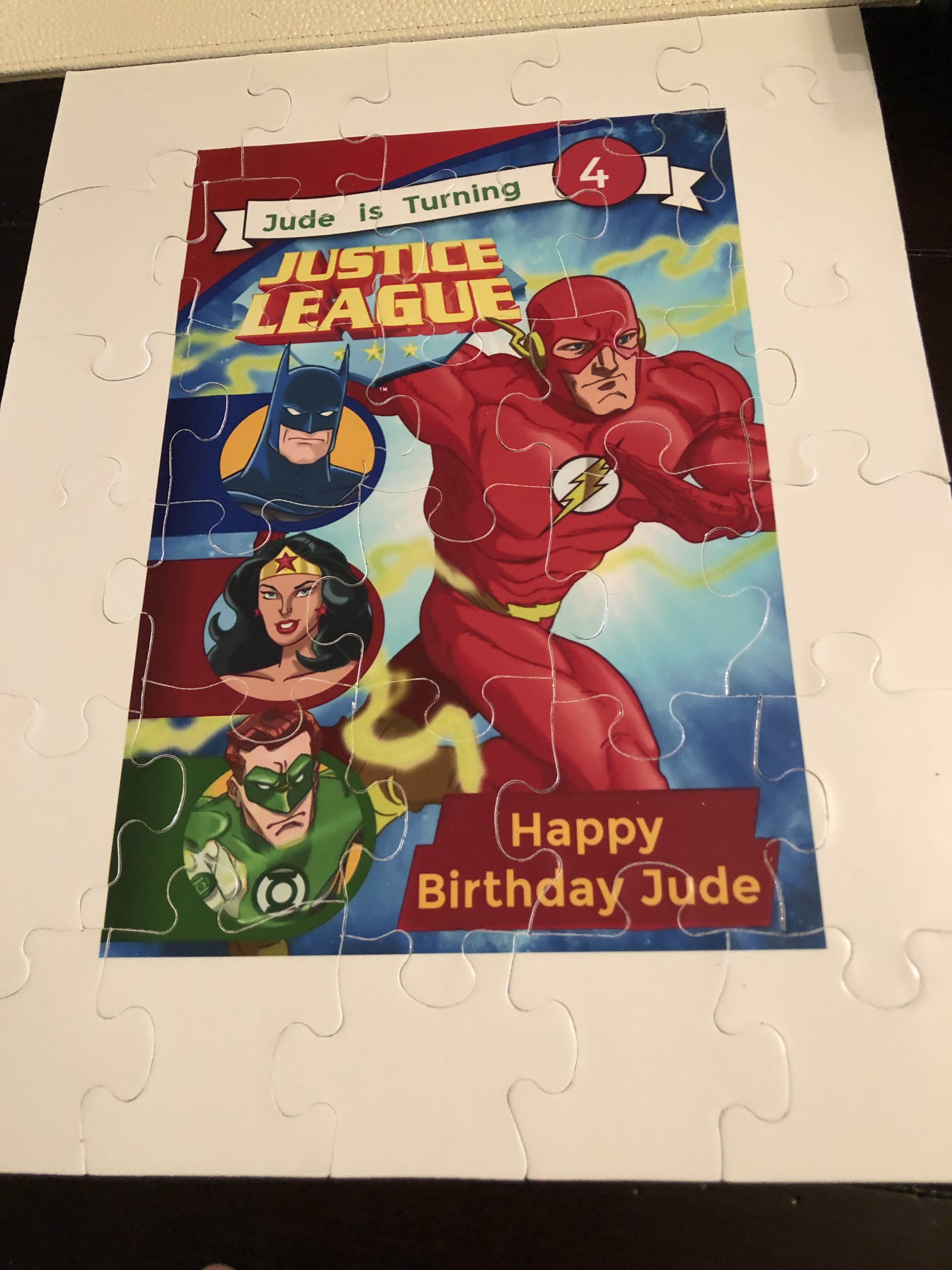 My favorite part of celebrating my kids' birthdays is reminiscing about the funny things they said over the prior year. Here are some highlights from Jude's third year:

I love this little stinker so much! He's already starting to sound out words and has an amazing memory. He remembers the lyrics to songs on the radio and can name them from just hearing the beginning of the music or seeing the album cover (on the screen in our car). I can't wait to see what this year has in store for him. Posted by vanweezy at 8:39 PM No comments: