After we ate a family dinner at my parents' house last Friday night to celebrate my dad's birthday, Jer and I headed over to my Oma's house so she could teach us how to make her famous waffle cookies. She's the best cook I've ever known and her recipes are hard to write down on paper. They are best learned by watching. While we were over there, Jer had a chance to check out all the knick-knacks my Oma has. She's got a lot of Dutch tiles and plates, some valuable Chinese figurines and plates from when my Opa worked in Asia, and some Dutch certificates related to my Opa's accomplishments in ceramics. The most intriguing pieces to us were the ones that talked about the War and the liberation of Holland. Germany invaded Holland in 1940 and remained there for about 5 years. My grandparents were very much personally affected during this time. The family house was taken over by the German army at one point as a headquarters of sorts, and later used by the US Army for logistical planning. During the war, my Opa was assigned to be a fireman to save him from going to a German labor camp (like one of his brothers). My grandparents, like everyone else, were forced to adhere to mandatory curfews and the prohibitions of certain items. They also witnessed their Jewish friends and neighbors being sent to camps. Lots of conversations with my Oma end with this phrase: "Those damn Germans." While I know she's stereotyping all Germans for the actions of some, I can't help but give her a break. After the war, my Opa had trouble with his ceramics business and had to seek opportunities elsewhere. He accepted a contract in Israel in 1953 and moved the family there. By 1955, the fighting between Israel, Egypt, and the Palestinians in the Gaza Strip was escalating, so the family needed to move again. The amazing part of their story is the way in which they came to America. They had befriended an American soldier (Henry Krueger) during the war and had stayed in contact with him. In September 1955 he sponsored their citizenship, at a time when the quota for immigrants from Holland had already been met. He pulled a few strings and set them up with housing and had a job lined up for my Opa in Ellsworth, Kansas. So they packed up the kids (Pierre, Ludovicus, and Jacobus, my dad), and stuffed what they could in some suitcases. They boarded a ship in Rotterdam, Netherlands and seven days later arrived in New York. That thought blows my mind. I have immense respect for the courage it took to leave their home and travel to such an unknown place, while abandoning most of their belongings. I've heard stories here and there about the different experiences they had during the war, but there's just so much more I know I'm lacking. I really hope that Jer gets the chance to sit with my Oma and hear, in her own words, what she's lived. That way we can both share those stories with our future children and they'll understand why they will call my mom and dad "Oma" and "Opa."
Posted by vanweezy at 4:52 PM No comments: 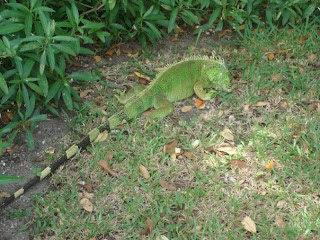 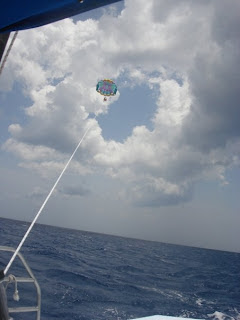