We did a round of swim classes for Dutch in the Spring and then we wanted to shift gears and have him try a couple different sports. We know 5 year olds playing sports is somewhat of a beat-down, but we thought the team aspect, the exercise, and the camaraderie would be good for him. And maybe he'd even find something he likes. First up was t-ball. Our neighborhood is really great about getting families together to meet and start building friendships in preparation for kindergarten. So, a team was formed through the local Y made up of mostly incoming kindergartners at Dutch's future elementary school. 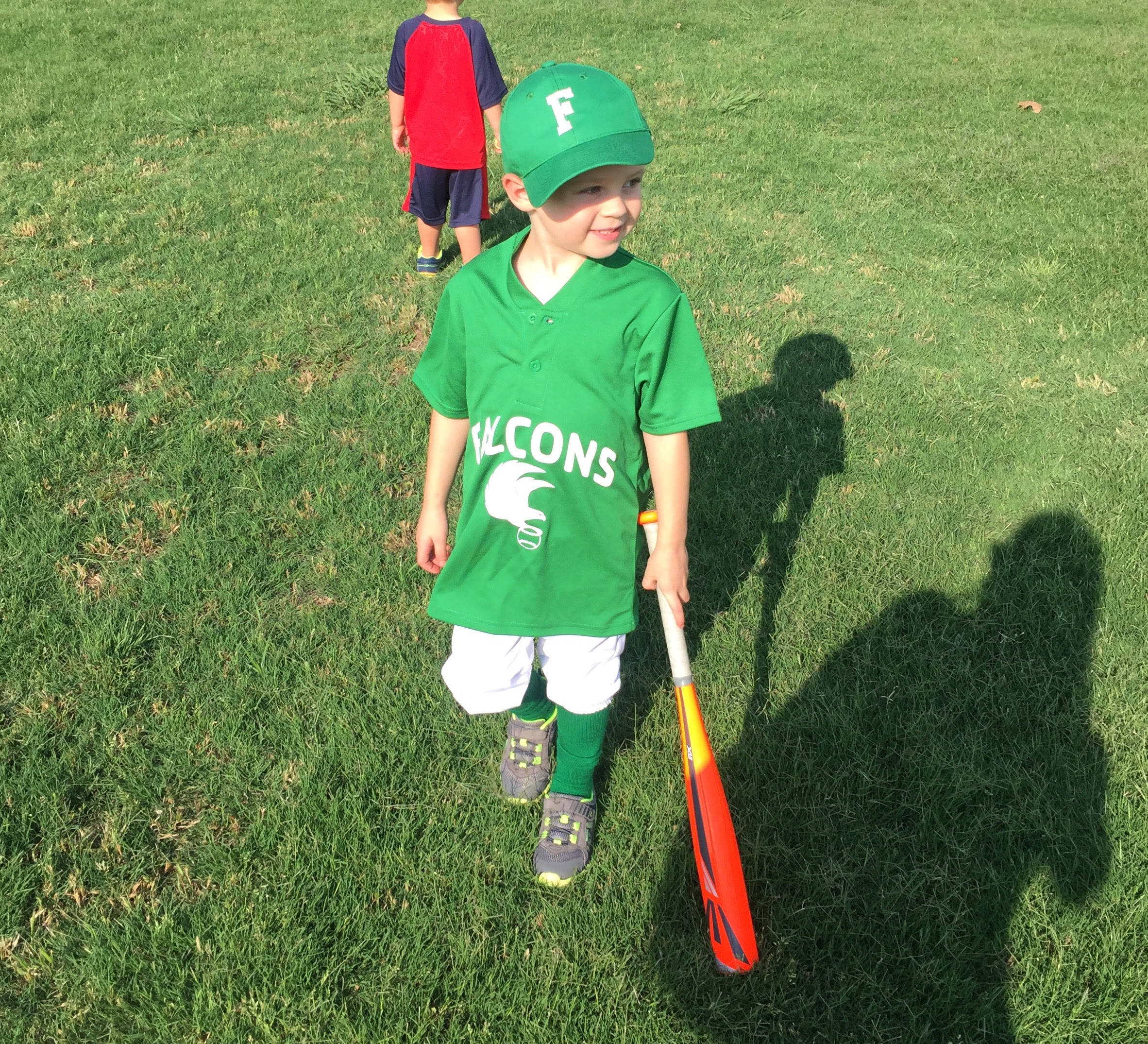 Regardless of his skills on the field, he could rock that uniform like a champ! As far as hitting went, he was pretty good at that. He made contact and rarely missed or hit the tee. His fielding left a lot to be desired, though! He would always forget to actually use the glove when a ball came at him and he was a tad bit slow to react. His throws were great - he would step into the throw and it would go in the right direction and have some distance to it. Running, and running fast at that, was another strength of his.

Dutch's friend Parx (my bff's son) was on the team too, so that made it even better. After most games, we would all head over to Monster Yogurt for a treat and a chance for the parents to relax. 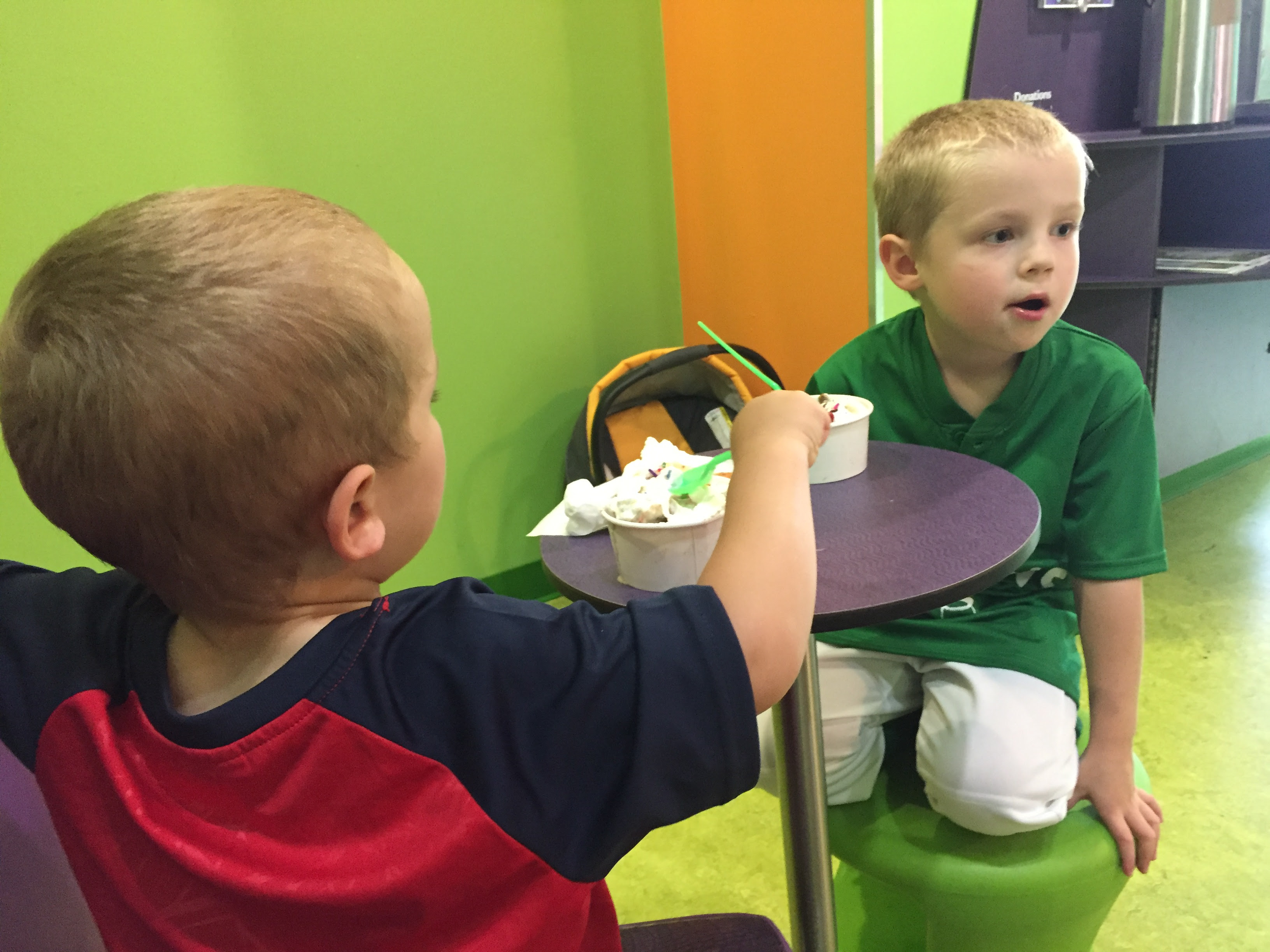 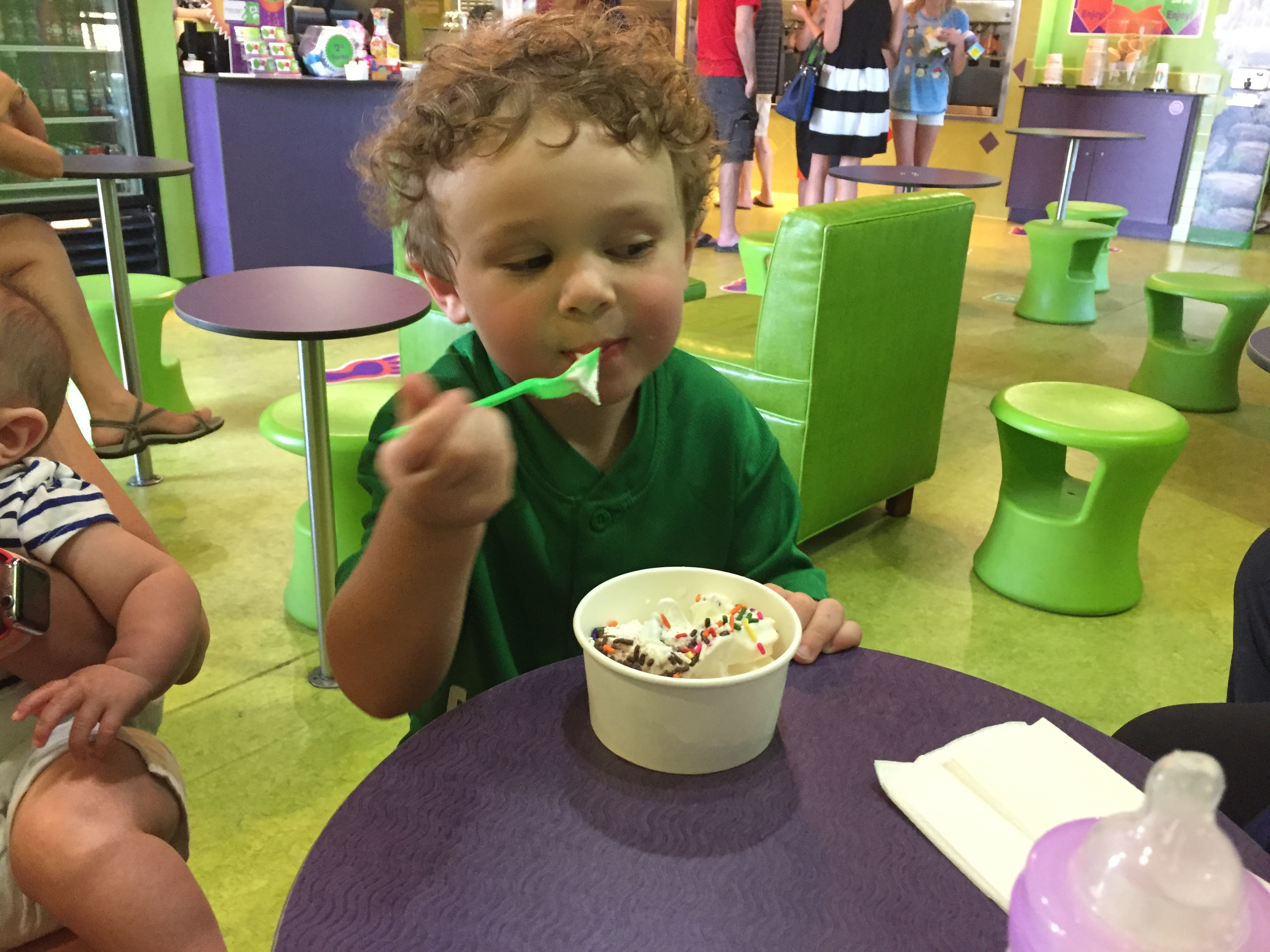 Towards the end of baseball season, Parx's mom mentioned that he was playing on a basketball team. I didn't plan to sign Dutch up for that, but once he got wind from Parx about it, I didn't have a choice! He wanted to play because his buddy was. Why not? We'll give it a shot. So far Dutch has gone to one practice and one game. He has very little background in basketball, so we're really starting from scratch on this one. I have to say I'm fairly impressed with how well he has done in such a short time. He is picking up dribbling quickly and understands you have to do it in order to advance down the court. He's having fun putting his hands up to block opponents' shots, but so far hasn't been very aggressive in trying to get rebounds. He loves to attempt shots, but doesn't have the power to get it up into the basket yet. Based on what I've seen so far, I think he'll get there soon!

I look forward to seeing how he improves over the course of the season. Plus, it's always nice to have weekly guaranteed visits with my bff and her baby girl while we sit in the stands and watch our boys play.
Posted by vanweezy at 10:37 PM No comments: