With my beloved Beagle/Corgi mix, Riley, turning 15 a couple months ago, I've begun to accept that we're on borrowed time. He can't hear that well anymore, he's lost a little of his eye sight, he suffers from arthritis and heart disease, and he can't go on a walk for more than a block or so. After losing my Keeshond, Casey, a couple years ago, Riley was a comfort during my sadness. I know I'm going to be a wreck when Riley eventually passes away, and the kids are going to take it even harder than when they lost Casey. I started looking for a Corgi rescue a couple months ago, because I decided I wanted to go ahead and have a second dog in the house to help counteract the unavoidable sadness that'll happen at some point, probably sooner than later. I found a good candidate every week or so, but each time I applied, the dog had already been adopted. The first couple times I applied, I showed pictures of the dog to the kids, but then I had to go back and tell them the dog was no longer available. I eventually stopped telling the kids about each dog I applied for, because I was tired of the disappointment!

I mentioned to a friend I was looking for a Corgi rescue, and he happened to find out about an owner surrender who had posted about it online. He sent me the owner's contact info and I immediately messaged her. We arranged a time for me to meet the dog the next day and OMG, I fell in love immediately. She was a 7 week old Corgi and probably the tiniest dog I've ever seen. She looks like she has a fox face, but she's definitely got the Corgi build, and she hops like a bunny when she runs. She didn't have a name yet because the owner said she had only had her a week, so Dutch did the honors and named her Zoey. 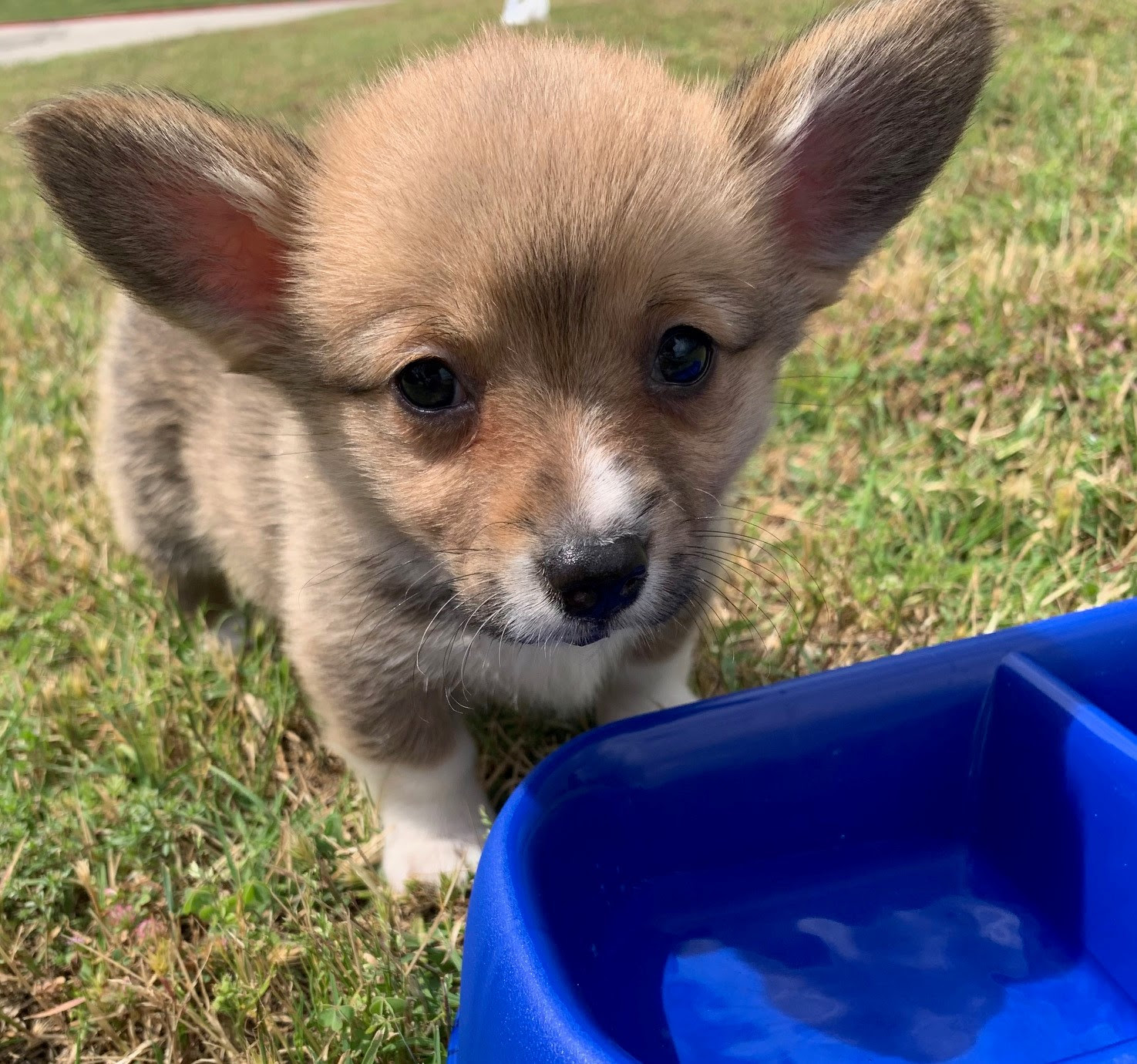 It was an adjustment having a puppy in the house. It's literally been 15 years since I had one! Constant bathroom breaks, little accidents, stolen socks, chewing on everything, etc. The first couple nights were rough because she woke up every couple hours and wanted to be taken out of her crate, but after being with us a week or so she started sleeping longer. We're getting a good stretch overnight of about 6 uninterrupted hours of sleep, so I'm good with that. 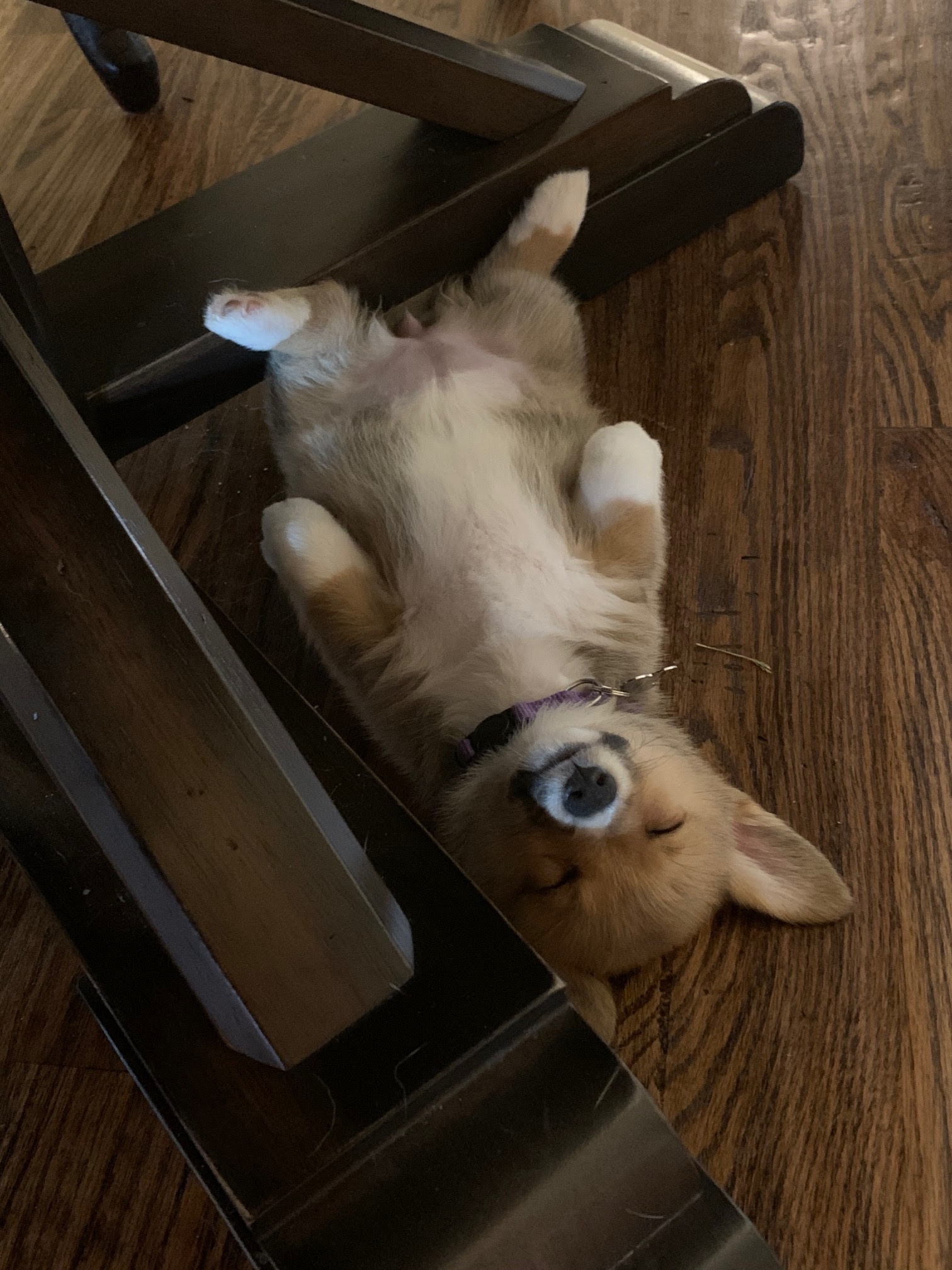 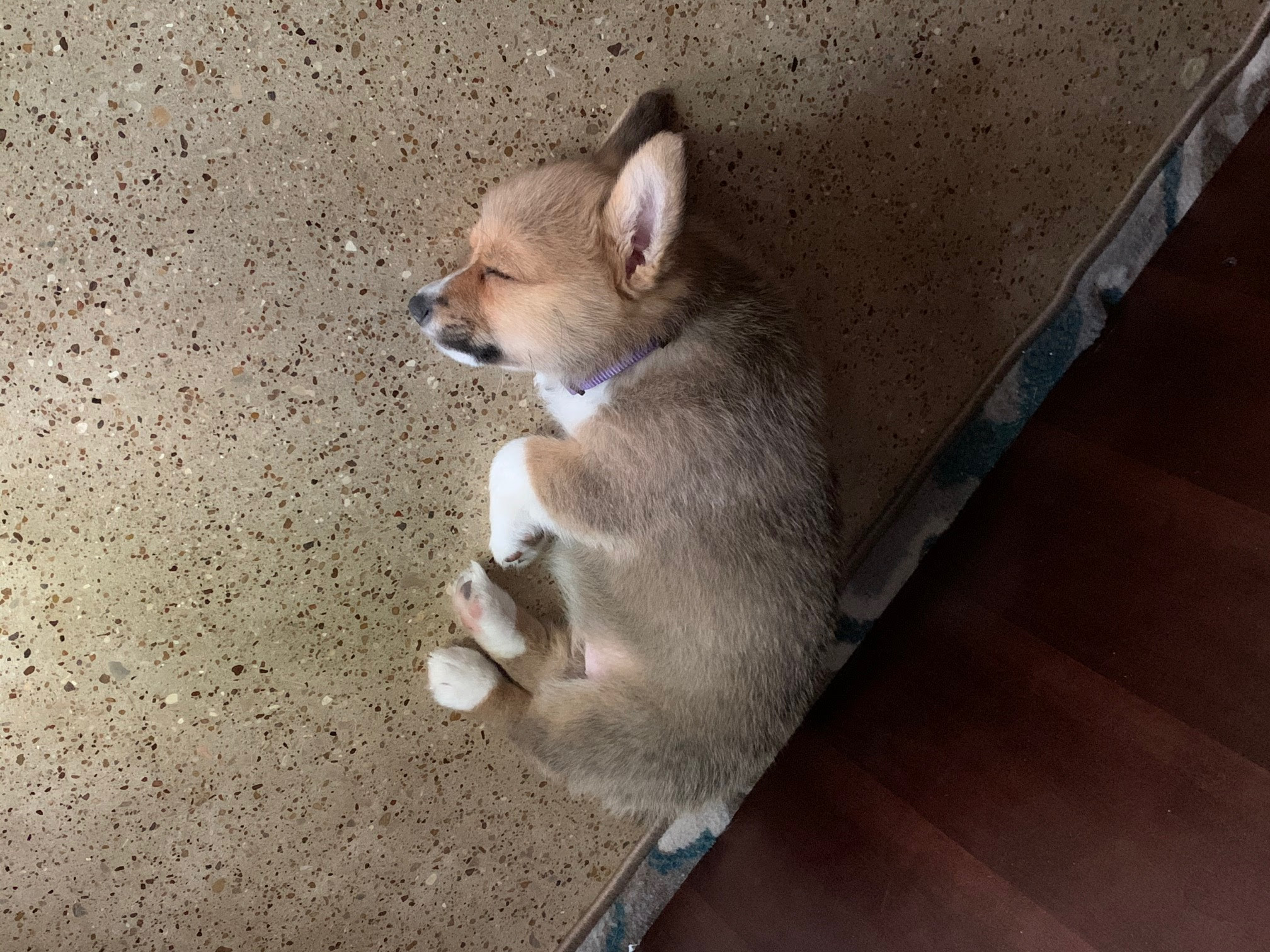 The boys are IN LOVE. They ask about her when they wake up in the morning and they want to kiss her goodnight before they go to sleep. If I ask Dutch to take her outside or play with her, he obliges without hesitation. Meezy and I had said we didn't want a puppy when we discussed getting a second dog, but I'm actually really glad we did. The boys are going to create a bond with this dog from the very early stages of her life and they're going to get to see her grow up. 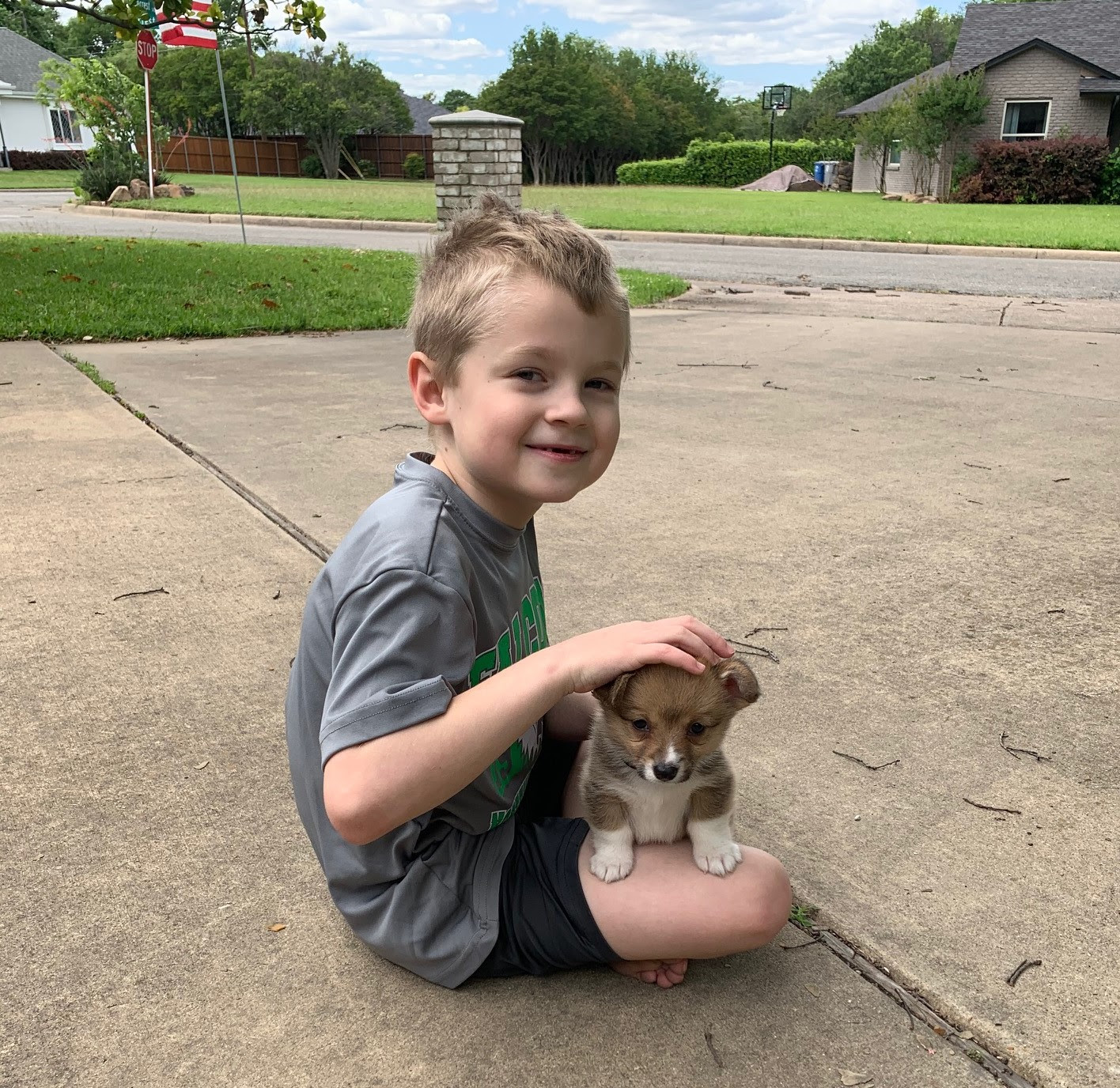 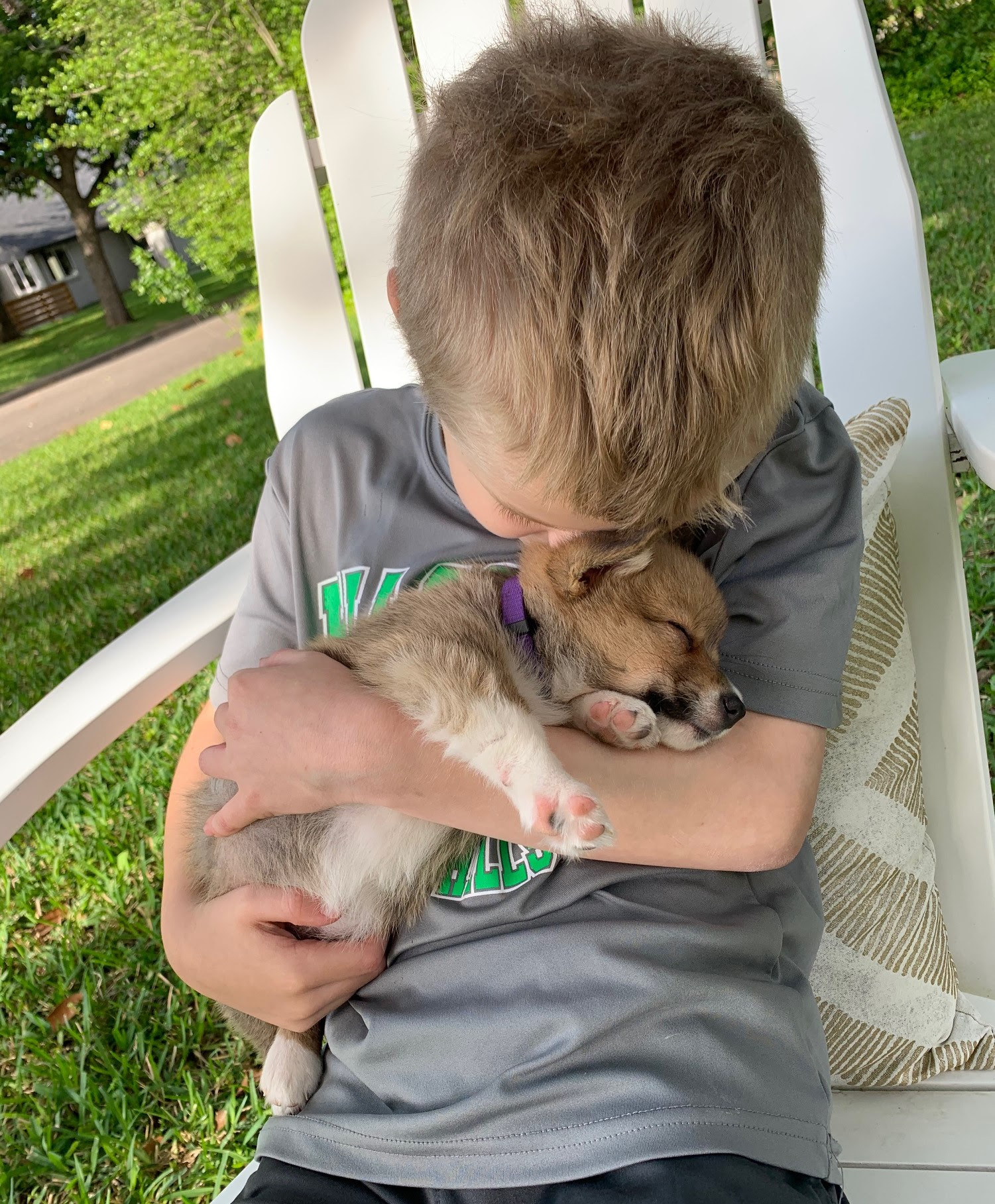 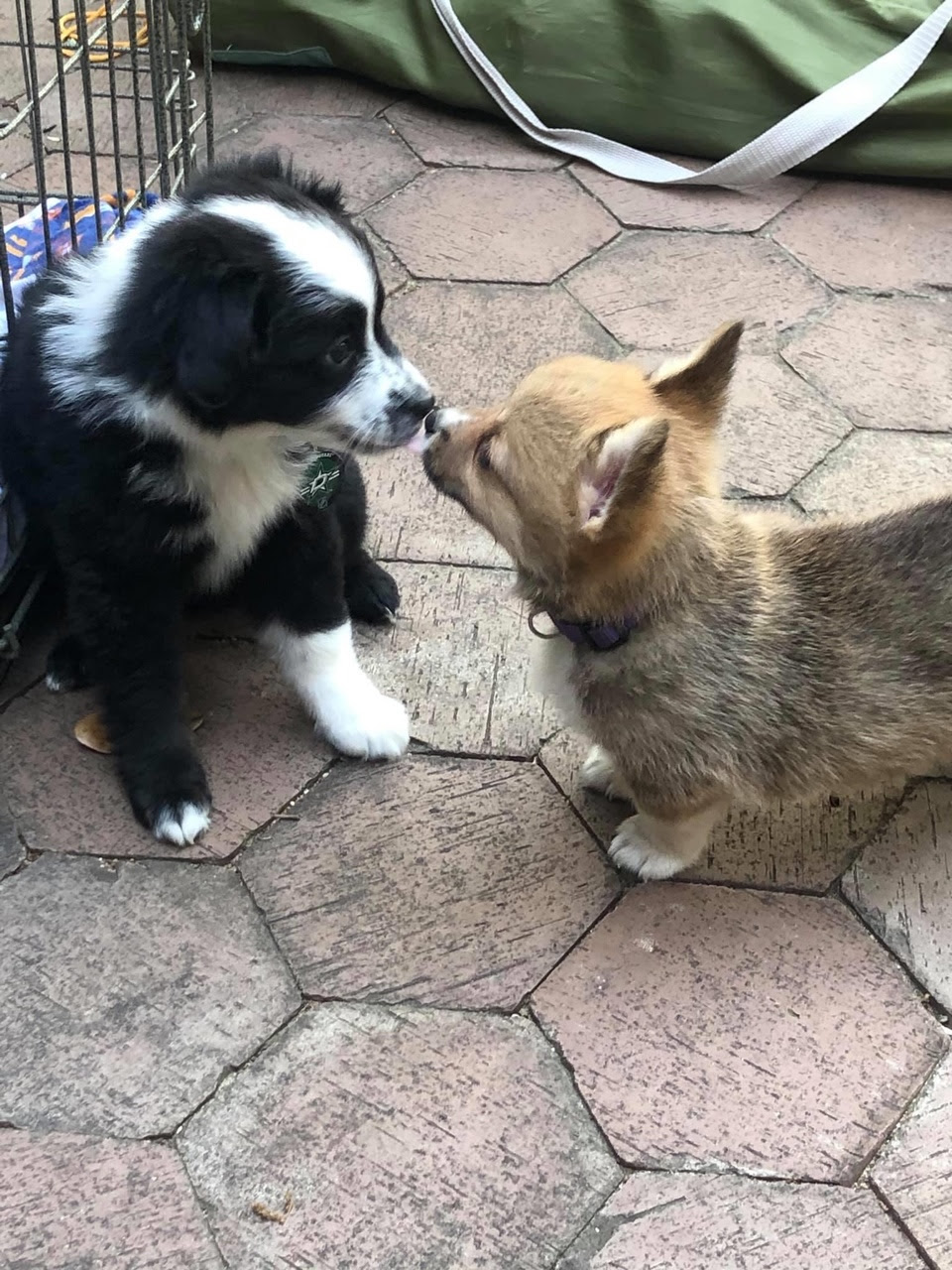 Zoey got to meet her cousin, Sophie

Riley doesn't care too much about her, which is good. He occasionally will bark or sneer at her if she gets up in his business, but for the most part they leave each other alone and co-exist well. Zoey likes to follow Riley around the backyard to see what he's doing and it's adorable to see a stout Corgi/Beagle followed by the tiniest puppy. 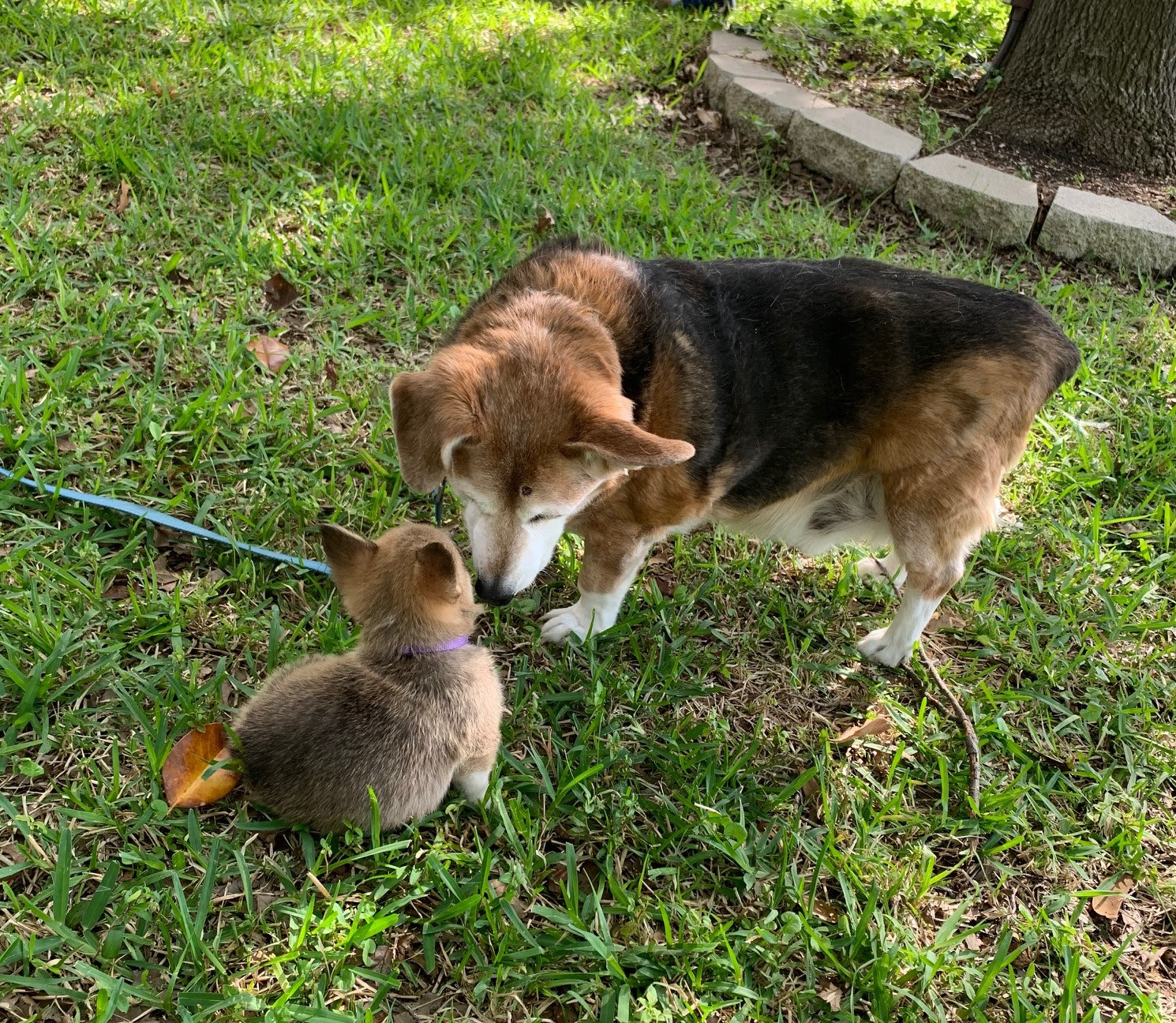 You just can't help but smile when you see Zoey and it really has been a joy having her in the house. She's already brought so much happiness to my boys. I'm glad we are able to give her a forever home! 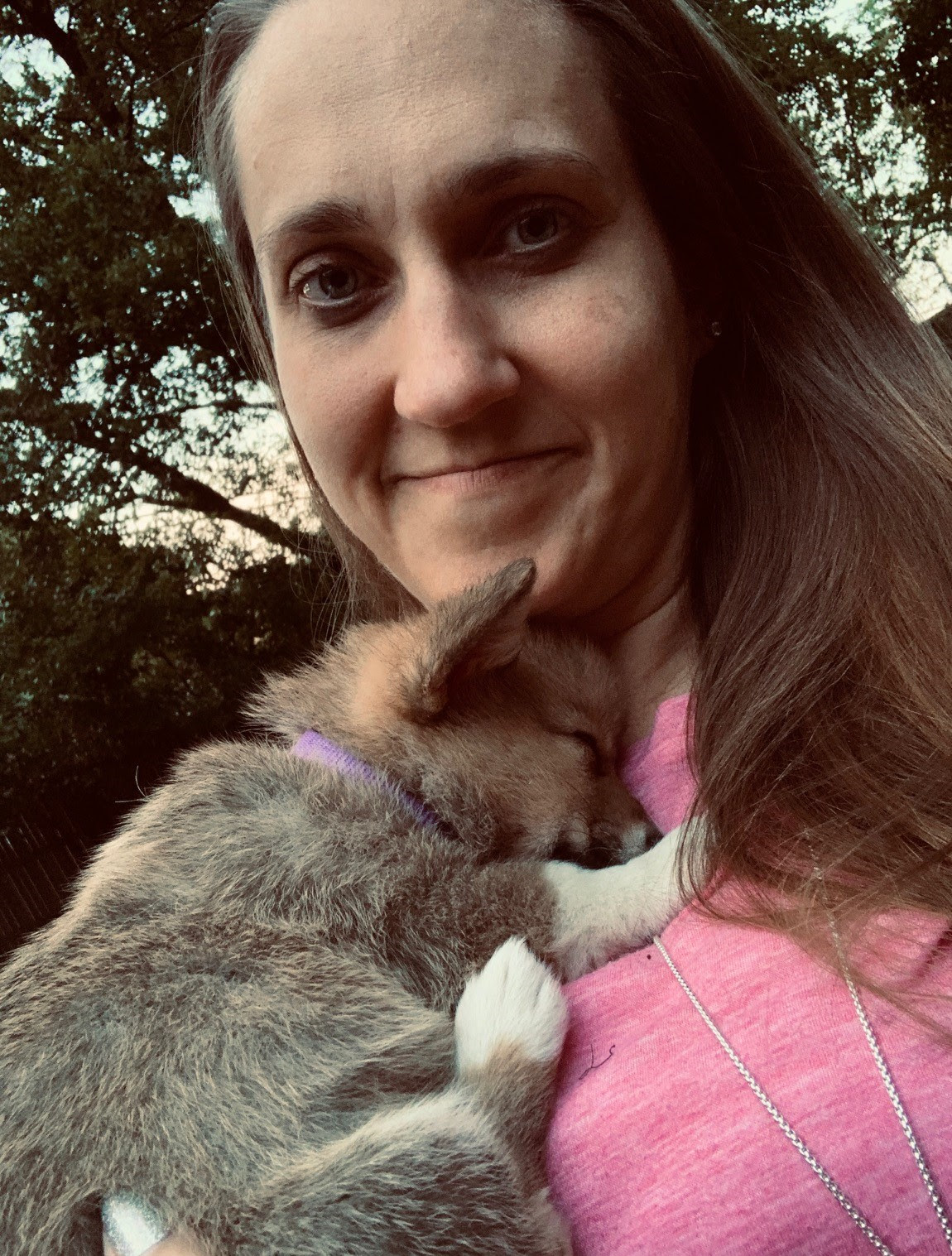