A couple months ago I contributed to a Kickstarter campaign for a local Belgian waffle food truck. First of all, waffles with goodness on top are some of the best things ever. Second, I liked the idea of helping a company get off the ground. Third, waffles remind me of my heritage and I remembered how good they tasted whenever we got them on our trips to Europe. Anyway, the big perk associated with my sponsorship level was the privilege of having the Press Waffle Co food truck come to a party and serve 50 of our friends. I had not planned to host any large parties when I made this contribution, but you can bet I started planning one right away!

The big talk around DFW in September/October each year is the State Fair of Texas. That seemed like a great idea for a theme, so I got to work planning carnival/fair games, food, and decorations. Luckily I already had a lot of good supplies at my house for games, and the food truck would be the main attraction, so the rest involved filling in the gaps. I found some great printable signage on this site and ordered other supplies from Amazon. Here are the results: Basketball toss and football toss, with cornhole in the background (all games we owned already) Rollercoaster (borrowed from a friend) Not gonna pretend I came up with this idea on my own, but I drew faces on the fruit cups and filled them to look like ghosts, jack o lanterns, and frankenstein The inspiration behind it all! I know your mouth is watering. They are truly as good as they look. 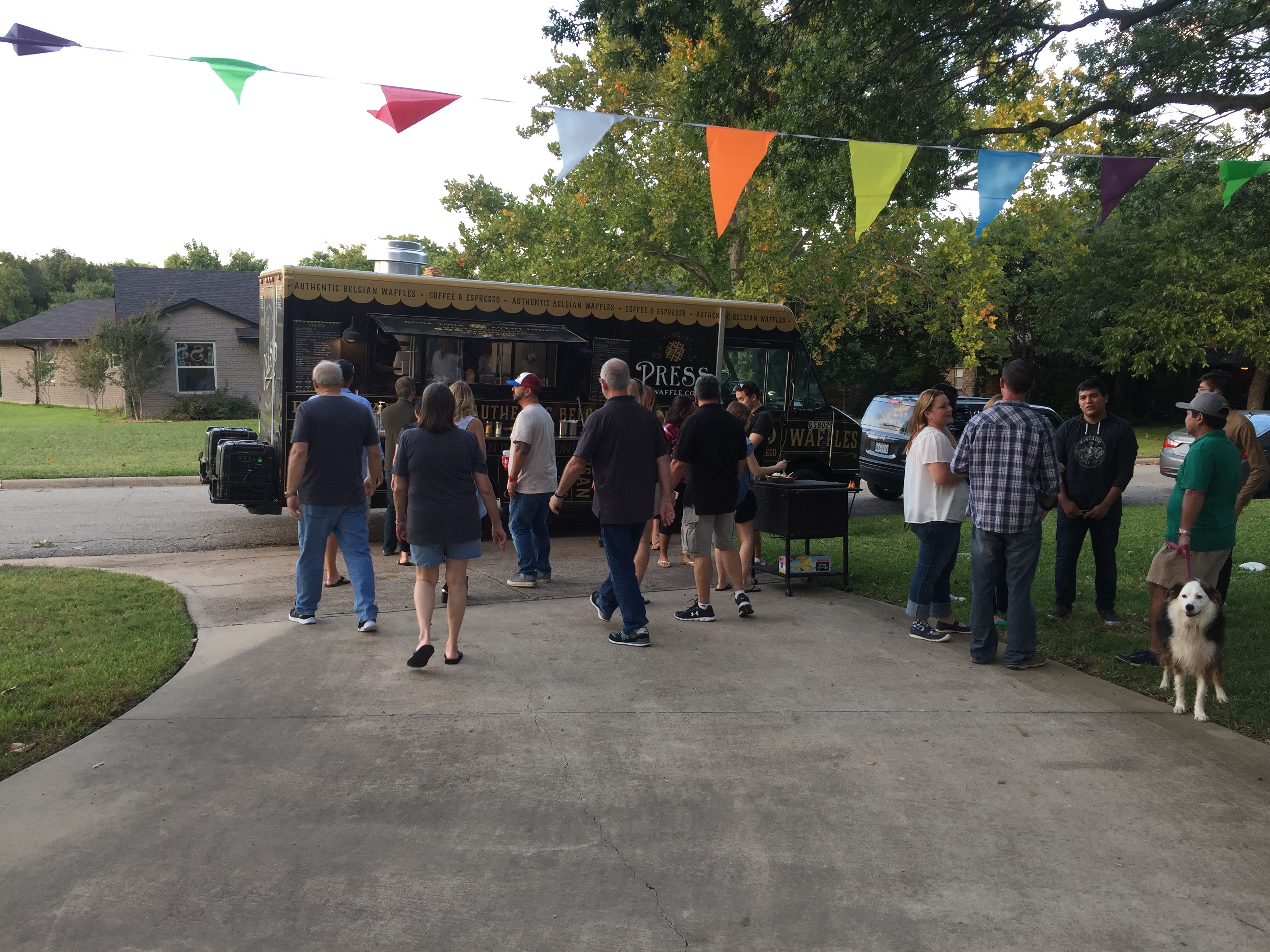 We had a steady stream of waffle lovers, but the guys at Press are efficient and made sure everyone was happy and didn't have to wait too long! Because I love them so much, I had to include this adorable pic of my parents!

The majority of the attendees were clients of mine and the rest were friends and family (which actually includes a lot of clients too). I very quickly hit 50 on the guest list, and certainly didn't get to include everyone I would have liked to, but hopefully I can make this a yearly event and book the food truck for a larger party next time. Marcum Fall Fair 2016 was a success!
Posted by vanweezy at 12:16 AM No comments: