Those Three Little Letters Are Expensive!

Someone was telling me recently how much money they had spent on the CPA exam. It's reached the thousands for them because they have had to take a couple sections multiple times. It got me thinking about how much I've spent over the past couple of years on gaining my certification and keeping it. The process starts with an Application of Intent, $50. Then there's an Eligibility Application for each section at $15 a pop, or $60. Then there's an exam fee per Section, as follows:

If you passed every section on the first try, you've now invested $919.71. That assumes you didn't use any study materials along the way. The likelihood of that is slim! At a minimum, you can buy self-study books from Gleim for $45/each. This is the route I took, so I invested about $180 in preparatory materials. Most people prefer to also use audio CDs, online resources, and/or classroom instruction due to the level of difficulty of the exam. You can buy a packaged set of written, audio, and online materials from Gleim for $989.95, or use the popular Becker program for $2,825. That's quite a bit of dough. Depending on your choice, your total investment now ranges from $1100 to $3700.

I passed each section on the first try, so my investment is probably pretty close to the minimum mandatory amount it takes. If you consider passing rates for each section, there aren't many folks who got off as "easy" as I did. In 2008, the passing rates were LESS THAN 50% on each section. So now add again the cost of the Eligibility Application and exam fee for each part that you failed and must re-take. Yes, you have to pay those fees again for every attempt. There's really no limit to the potential cost now! In addition, this whole process has to be completed in 18 months or less, or you start losing credit for parts you've already passed.

When you finally receive word that you've passed all four parts and can officially put the worry of the exam behind you, there's still more to do! You next have to submit an Application for Issuance of the CPA Certificate ($55). Once that's approved, and you're certified, your licensing fee is $240 (and has to be paid yearly). If only that were the end of it! In order to keep your license, you have to complete 40 hours of CPE a year. Of course, each CPE credit costs something. Expect to spend anywhere between $200 and $1000 each year to fulfill this requirement. And don't forget to join a professional organization! Membership in the AICPA costs about $200/year.

As you can tell, becoming and staying a CPA requires a very large monetary (and time) commitment. In most cases, if you are currently employed during this process, your employer will reimburse these costs. But, that's usually only after you're completely finished, and usually only for one attempt at everything. It makes me wonder if any potential CPAs shy away from the process for strictly monetary reasons.
Posted by vanweezy at 4:43 PM No comments: 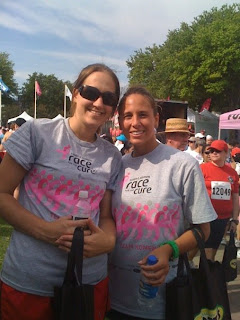 This past weekend was fantabulous! I participated in the Komen 5K in Plano on Saturday morning. If you've never participated in a Susan G Komen race, I highly recommend you do so. Being around tens of thousands of excited, positive people with a common purpose is a wonderful experience. In past races, I've completed the 5K through a combination of running and walking. This time around, I ran the entire way with my best friend Jenn by my side! She kept me motivated and I'm sure I wouldn't have done it without her. Her mom is a survivor (Yes!) and we ran in celebration of her. 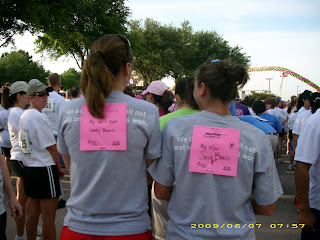 A lot more of my family and friends participated in this race as well. Our group consisted of my mom Peggy, my dad Jack, my sister Jo, her husband Trey, their daughter Livy, and our friends Emily, Sarah, David, Ryan, Rachel, Audrey, and Becca. What a great group! 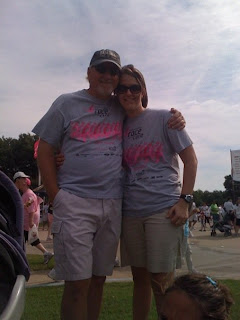 I can't wait for the next race! It'll be in Dallas in October. I'll be there, and I'd love for you to join me!

After the race, we grabbed some lunch at Paradise Bakery and headed over to Jo's house for some relaxation by the pool. The kiddos loved the water and provided us with some great entertainment! 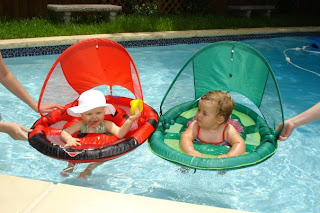 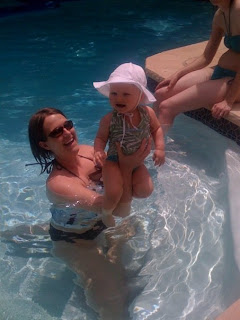 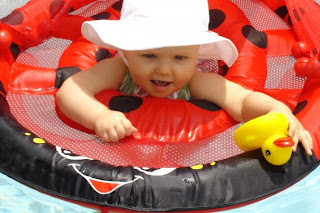 I read an article in the New York Times by Nicholas D. Kristof. It can be found here. It relays the tragic reality of mass rape being used as an element of warfare. For instance, it's estimated that during the civil war in Liberia (1989-2003), as many as 75% of women were raped. The real point of the article, though, is the fact that mass rape persists even after wars end.

Kristof shares statistics about the incidence of rape in Liberia since the end of the war - a survey in 2007 showed that 12% of girls 17 and under had been sexually assaulted sometime over the previous 18 months. He also introduces us to a 7-year old girl, who is living in a shelter for survivors of sexual violence. She was raped by a security guard at her school. Her situation is alarmingly common. Between January and April, Doctors Without Borders in Liberia treated 275 new sexual violence cases. About 60% of these women were under age 13 (28% were under age 5). This disgusts me.

I'm not alone in these feelings. Discover Magazine blogger Sheril Kirshenbaum read the article and was moved enough to take action. She's starting an initiative called "Silence is the Enemy." Her goals are to raise funds and raise awareness, in hopes of bringing an end to the rape and abuse of women around the world. Read her story here. She's asking for donations to be made to Doctors Without Borders. She starts by sharing her very personal story of being sexually assaulted. She never expected to blog about it, but she realized the power of her words and influence. She wanted to speak for those who couldn't. In summary, her campaign's purpose is to say "1) this is happening 2) it’s completely monstrous, and 3) we want change."

I'd like to join her cause. So here goes....One night when I was in high school, I was sexually assaulted. I was waiting for my mom to pick me up from the dry cleaner's where I worked. I sat in a chair behind the counter, chatting with the owner. He asked when my mom would be coming, and I told him she'd be there shortly. He came up behind me and put his arms on my shoulders. I immediately felt uncomfortable, but didn't know what to do. He started squeezing my shoulders, in what I felt was a sorta creepy manner. But, he was foreign, so my first thought was maybe he just didn't understand the "American taboo" of invading someone's personal space. Plus, he was my boss, so I didn't want to react harshly. I kept hoping and hoping I'd see my mom's headlights in the window so I could just avoid this awkward situation altogether. And that's when it happened. The owner stuck his hand down the front of my shirt. I jumped up and yelled, "No!" I headed towards the front door as quickly as I could, and my mom was just pulling up. I got in the car in silence. I was in shock. We drove home and I went straight to my room. I didn't know if I should tell someone, or keep it to myself. I was embarrassed. Did I display some sort of behavior that warranted his action? Was it my fault? Replaying the feeling of his hand on my breast almost made me throw up. I started crying and called my boyfriend. I told him what happened and he immediately made me tell my parents. It wasn't an easy conversation to have. They decided the best plan of action was to call the police and file a report. When an officer arrived, I had to relay the uncomfortable story again. I don't know why, but I felt shame. Why was I the one feeling this way? I didn't do anything wrong. I never returned to that job, and I tried to forget the whole situation. When the officer called me in the subsequent weeks, I didn't return his calls. Somehow I thought my best response would be to just pretend it didn't happen. I'm not going to lie, there have definitely been long periods of time where I haven't thought about this experience, and had successfully "forgotten" about it, albeit temporarily. But there have also been too many times where the memory has entered my head and brought that sick feeling back to my stomach. I guess I was "lucky" that my experience wasn't worse though. I can't even imagine the emotional and physical trauma that some women have experienced as a result of their sexual abuse.

I fear there are an enormous amount of unreported sexual assaults in this country, and in the rest of the world. I fear stories like mine, and stories much harsher than mine, are more common than we realize. But that's because we keep quiet. Silence is indeed the enemy. So, I'm fighting back. I'm following Sheril Kirshenbaum's lead. I'm no longer silent. I urge you to get motivated and act. I'll be donating to Doctors Without Borders, and visiting Sheril's page often to keep my thoughts on the goal.
Posted by vanweezy at 10:54 PM 3 comments: