For Meezy's birthday this year, he decided he wanted to book The Buzz Bike. He's done it one time previously, but I never had before. It's a 16-person trolley-like vehicle that operates by the riders pedaling, with a driver doing the steering and braking. There are six seats on each side, with five of them being pedaling seats. There's a bench on the back that seats three (who don't have to pedal), and then one person stands in the middle and acts as the bartender.  It's a mobile party, with a little bit of a workout!

Here's the driver going over the policies and talking about the route we'd be taking. 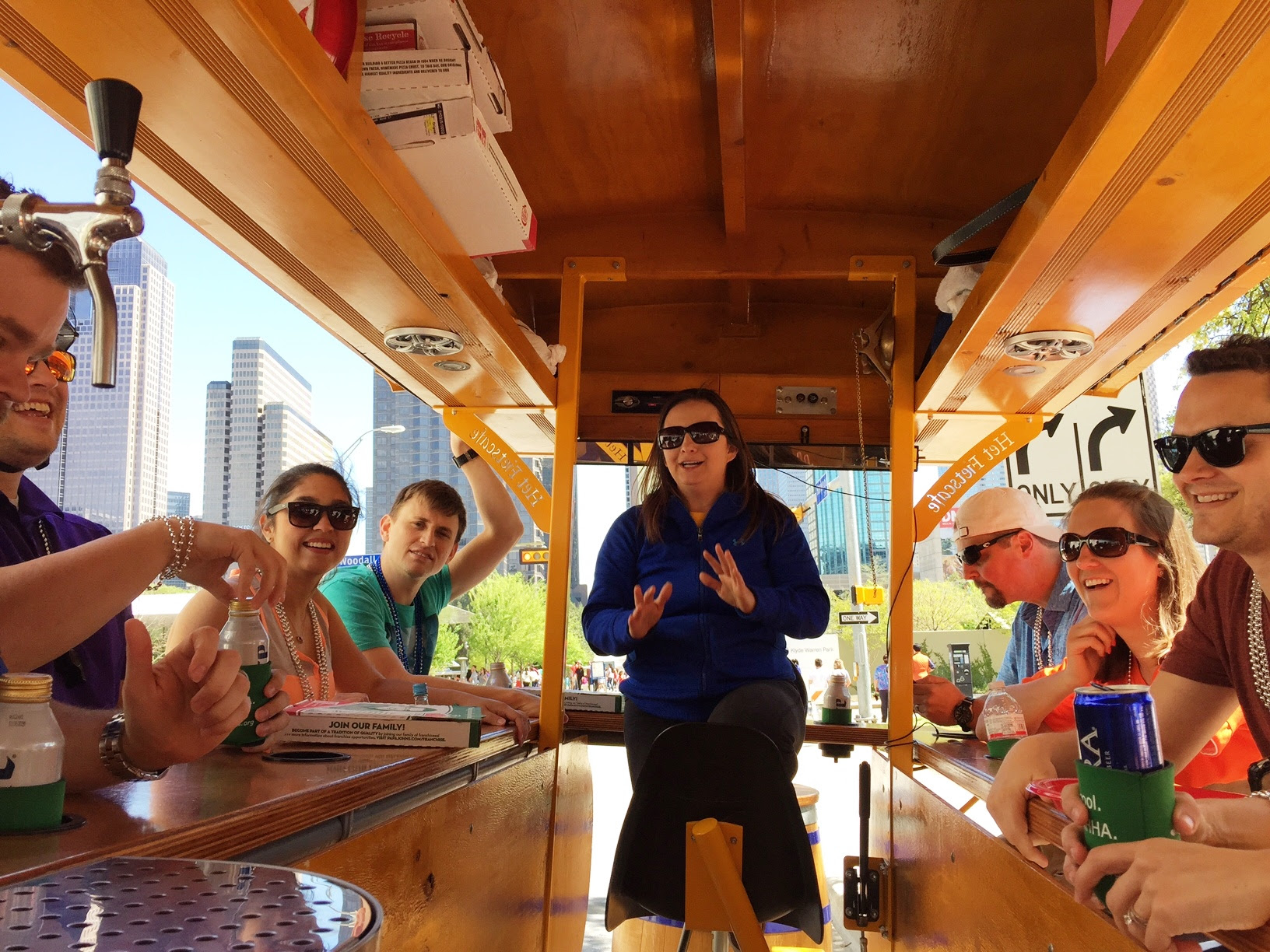 Since The Buzz Bike has its origins in The Netherlands, you know us Dutch girls had to represent! 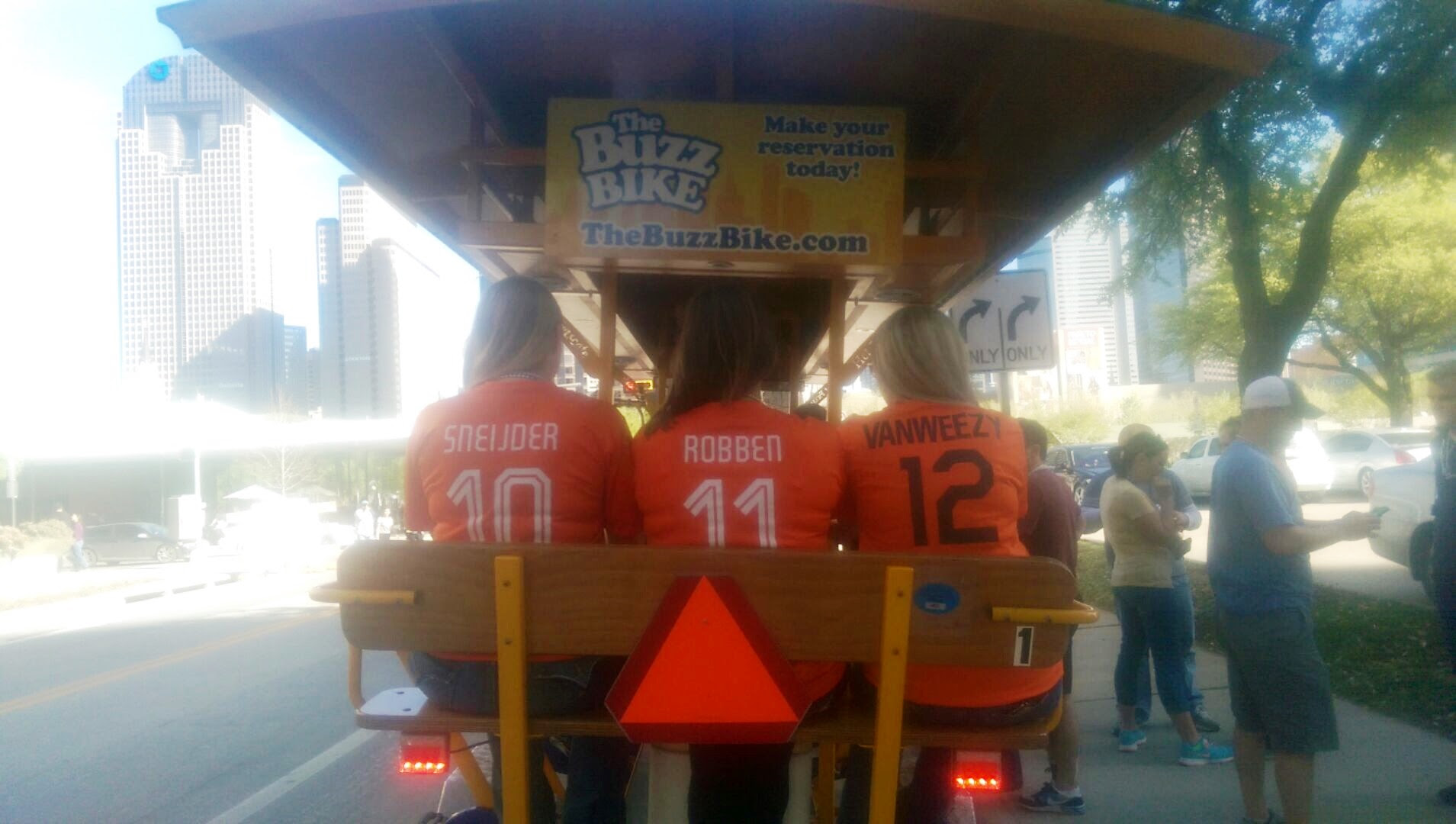 Here we are, about to depart for the fun: 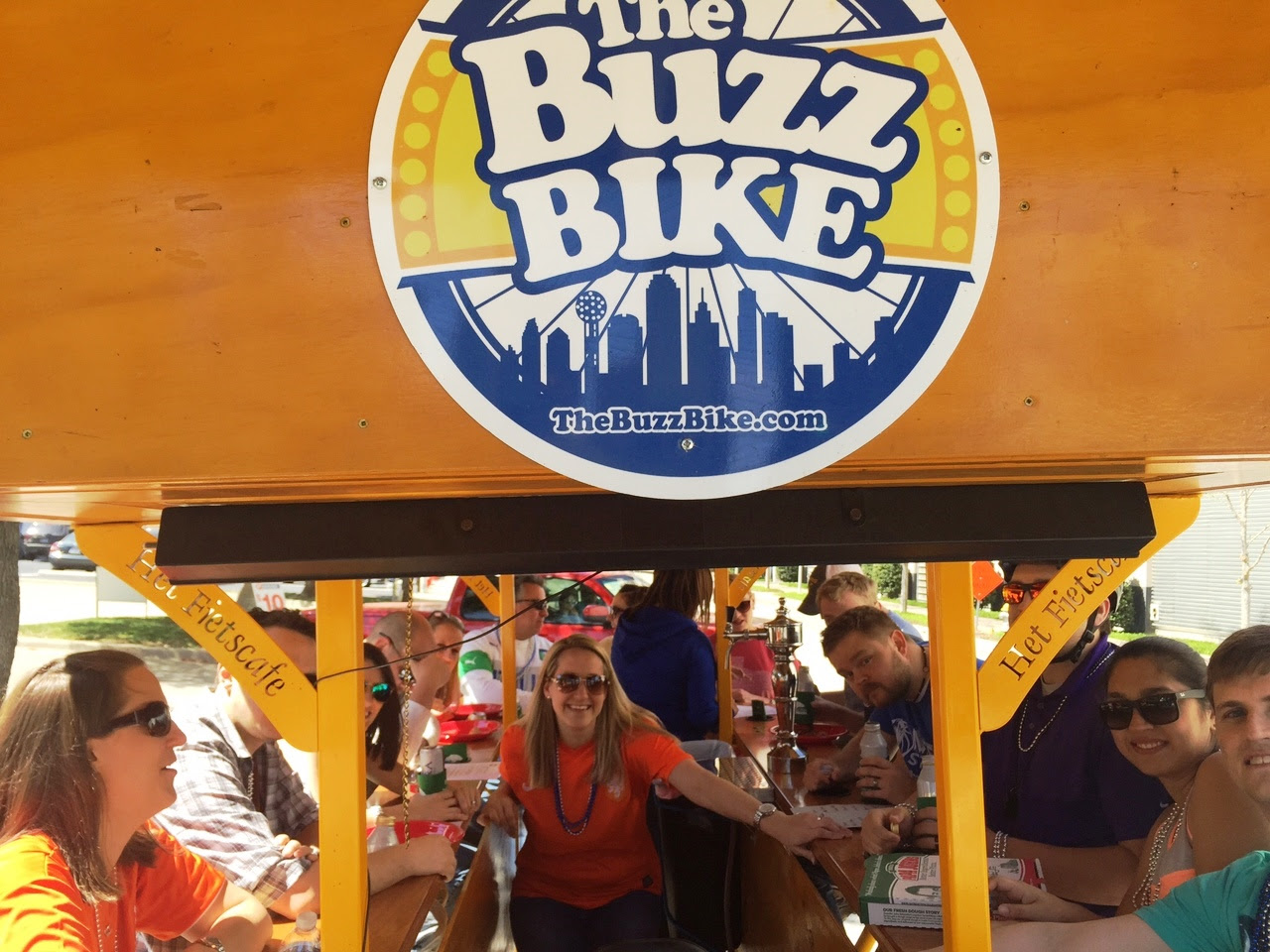 The Buzz Bike is BYOB, so we brought a large cooler full of refreshments and then pizza and snacks. You can also provide your own playlist, so we had a great soundtrack for our ride. I gave everyone a whistle, so they could whistle for my attention when they wanted something to eat or drink!  It also worked well to go along with the cheering when people we would pass would wave and gawk at us. 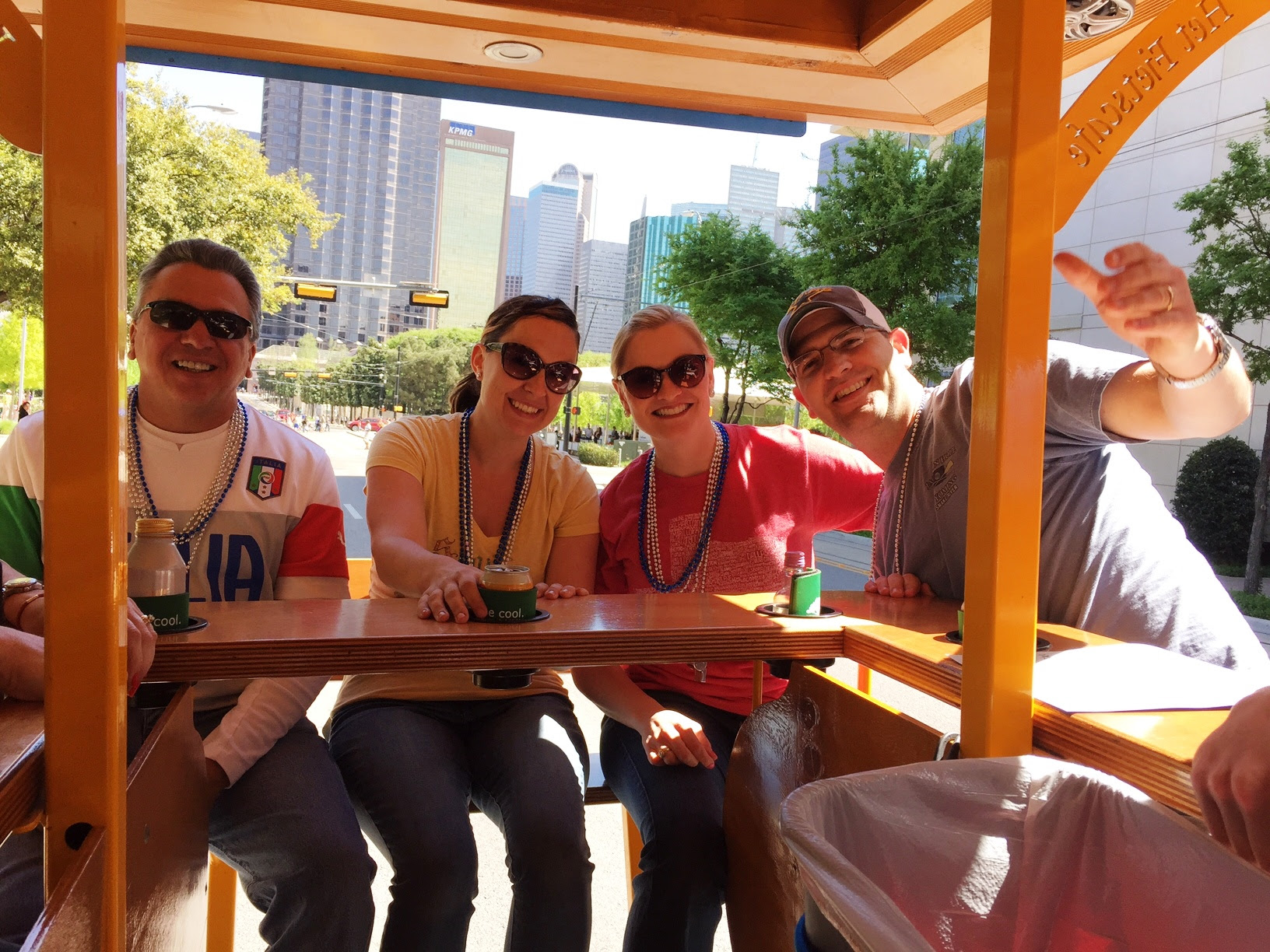 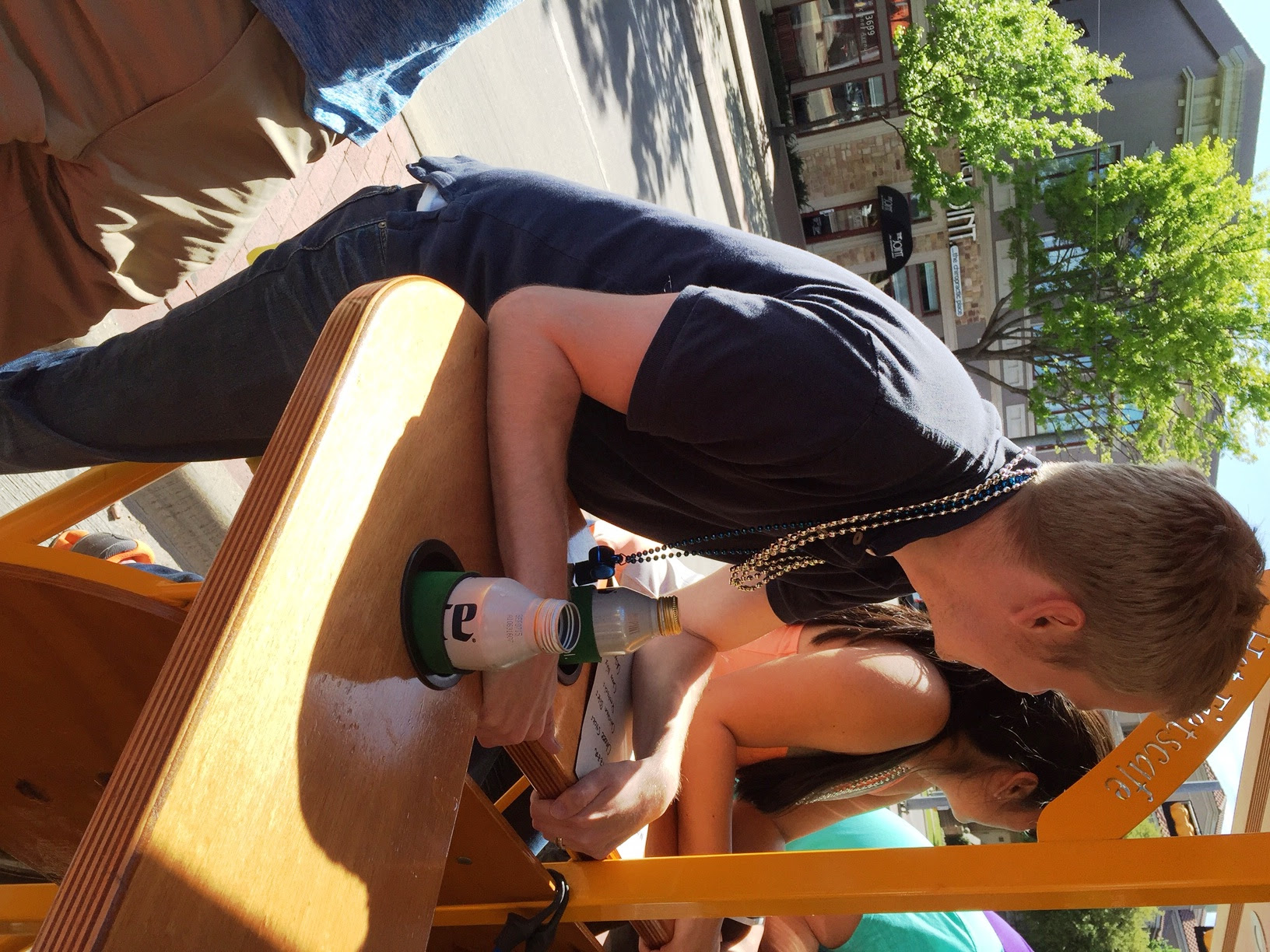 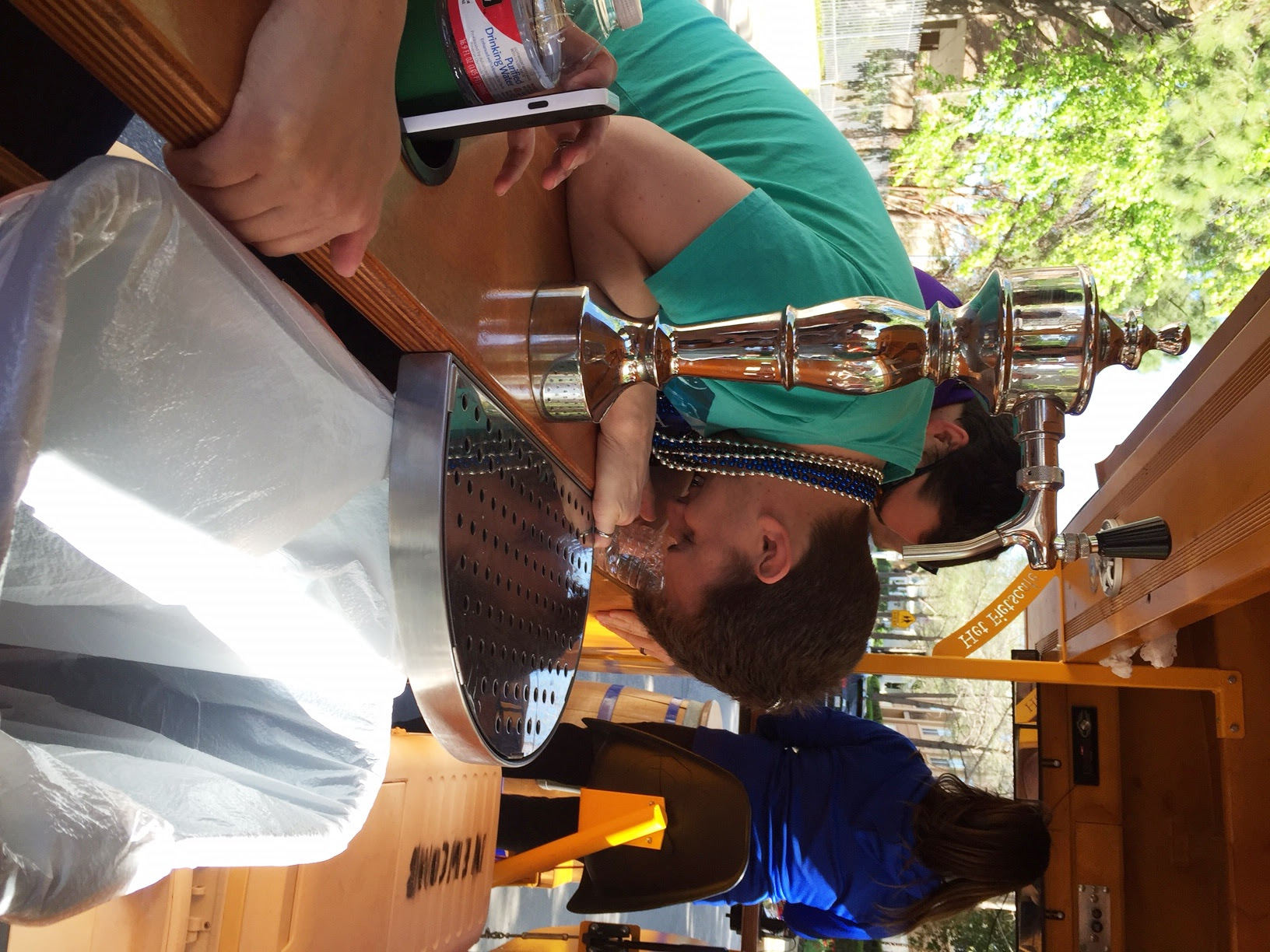 Ryan thought the pedaling was tough during this part! 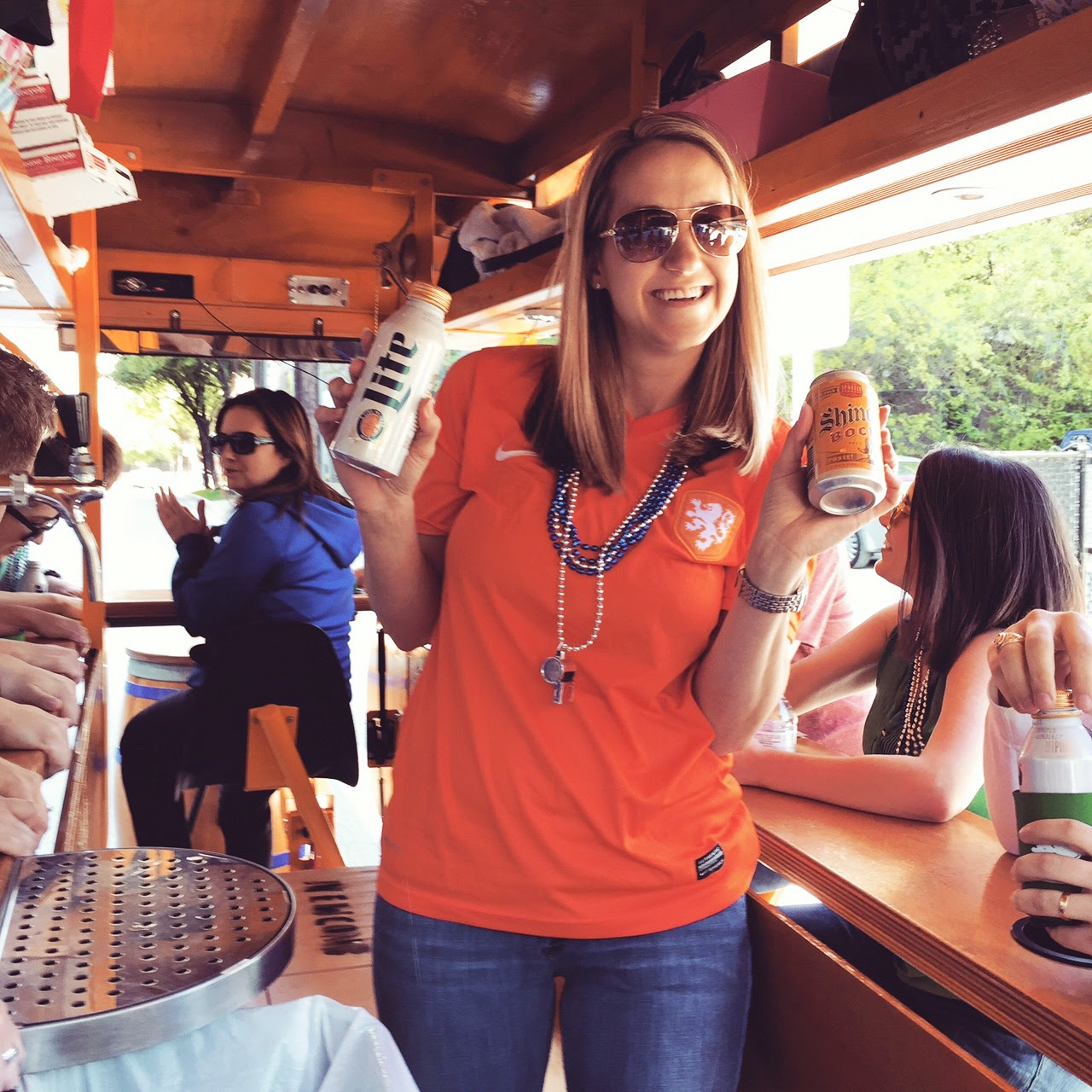 What can I get you?? 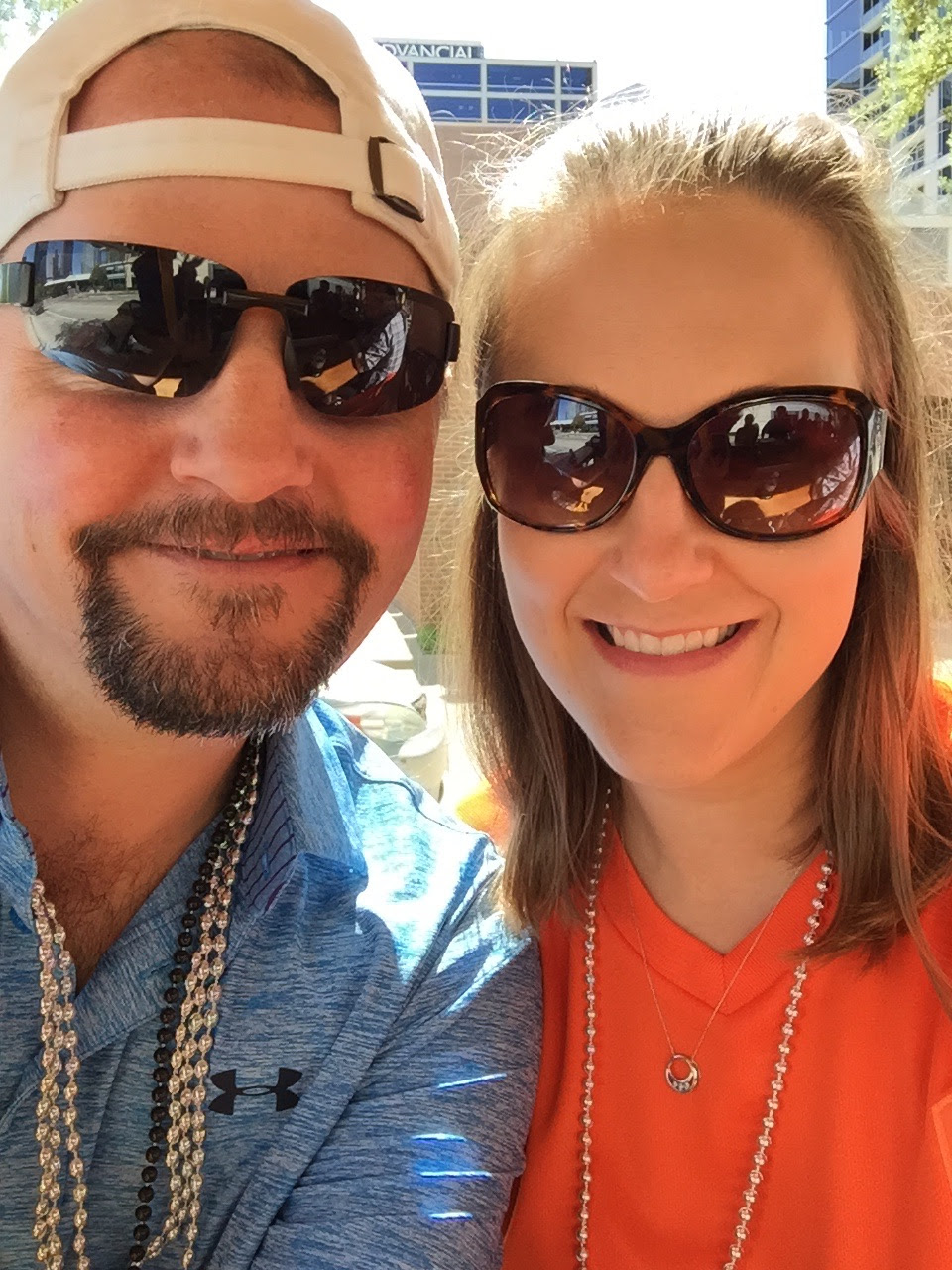 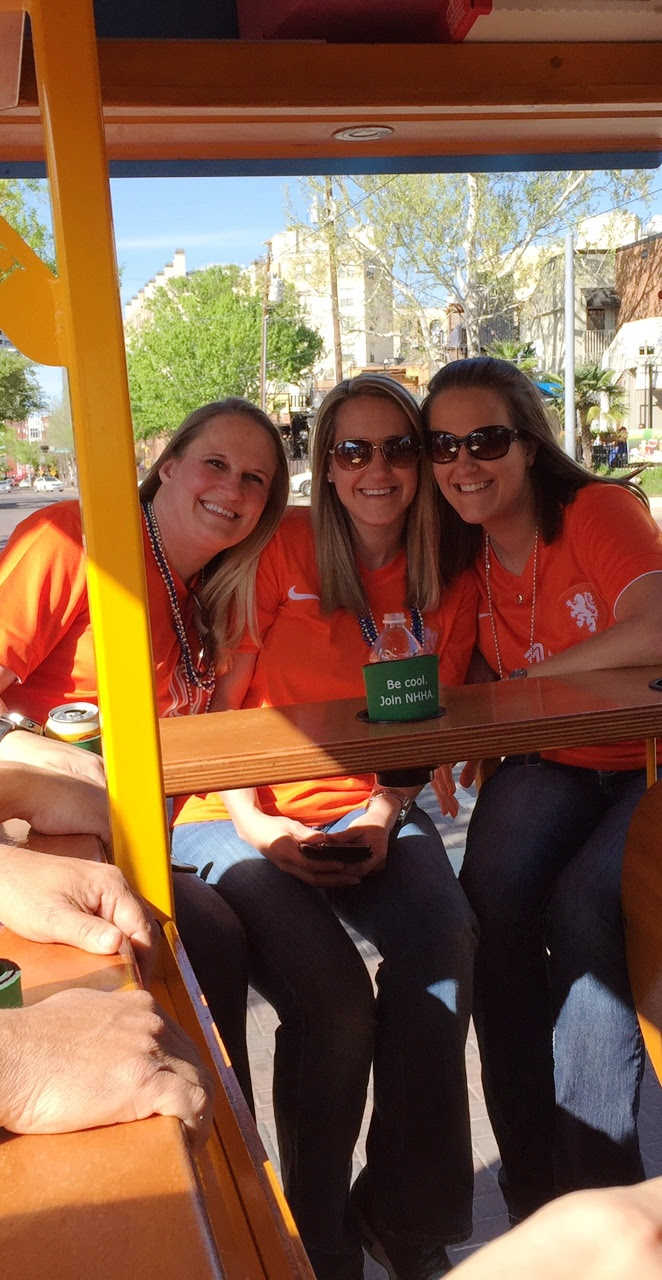 Sisters on the bench

Partway through, my friend Kristen switched with me and took over the bartending job: 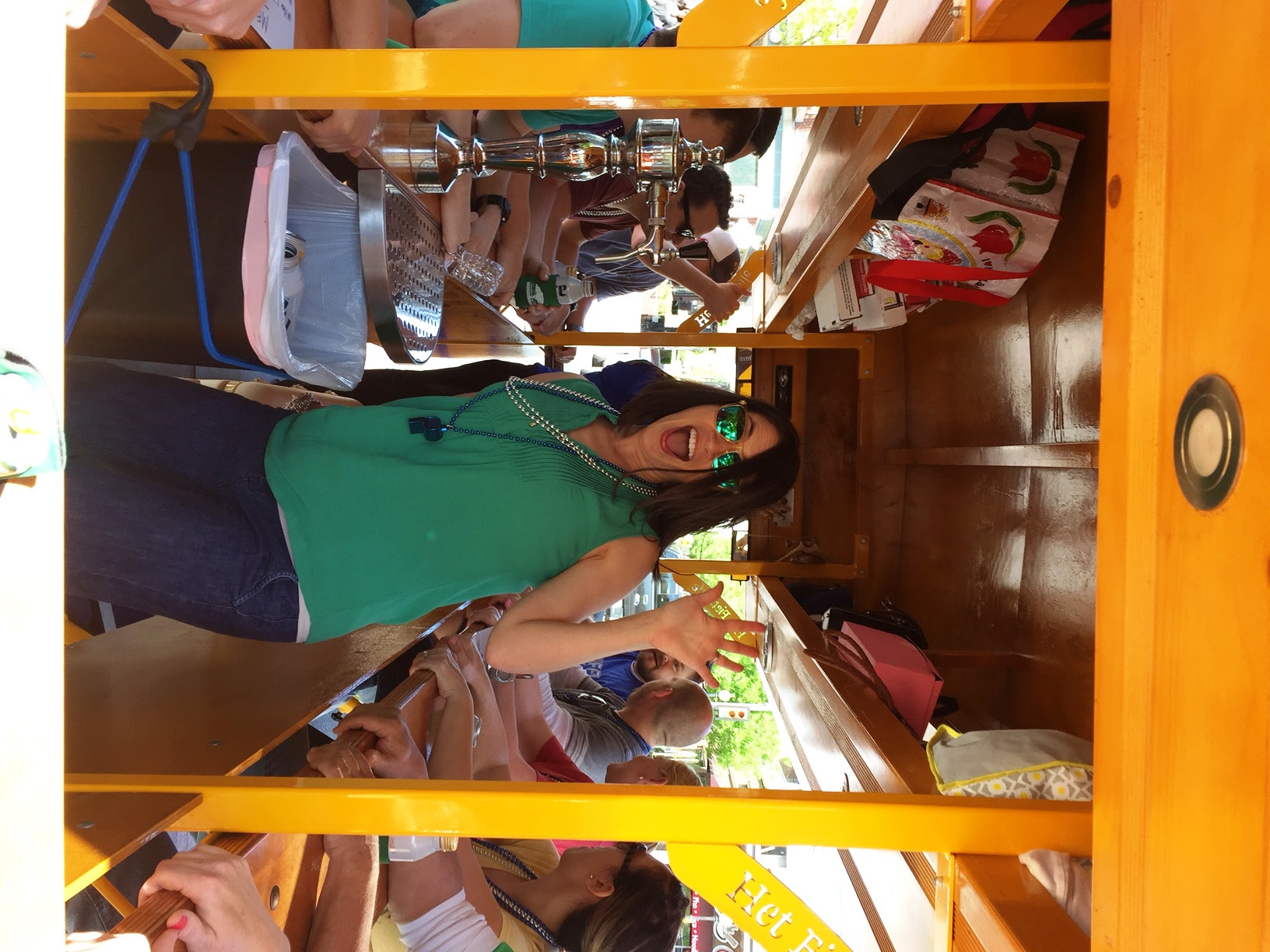 After you pedal for a while, you park for about 20-30 minutes so that you can go into a bar for additional refreshments or for a bathroom break. You then get back on for a while before making another short stop.  That's where we posed for our classy picture and our silly picture! 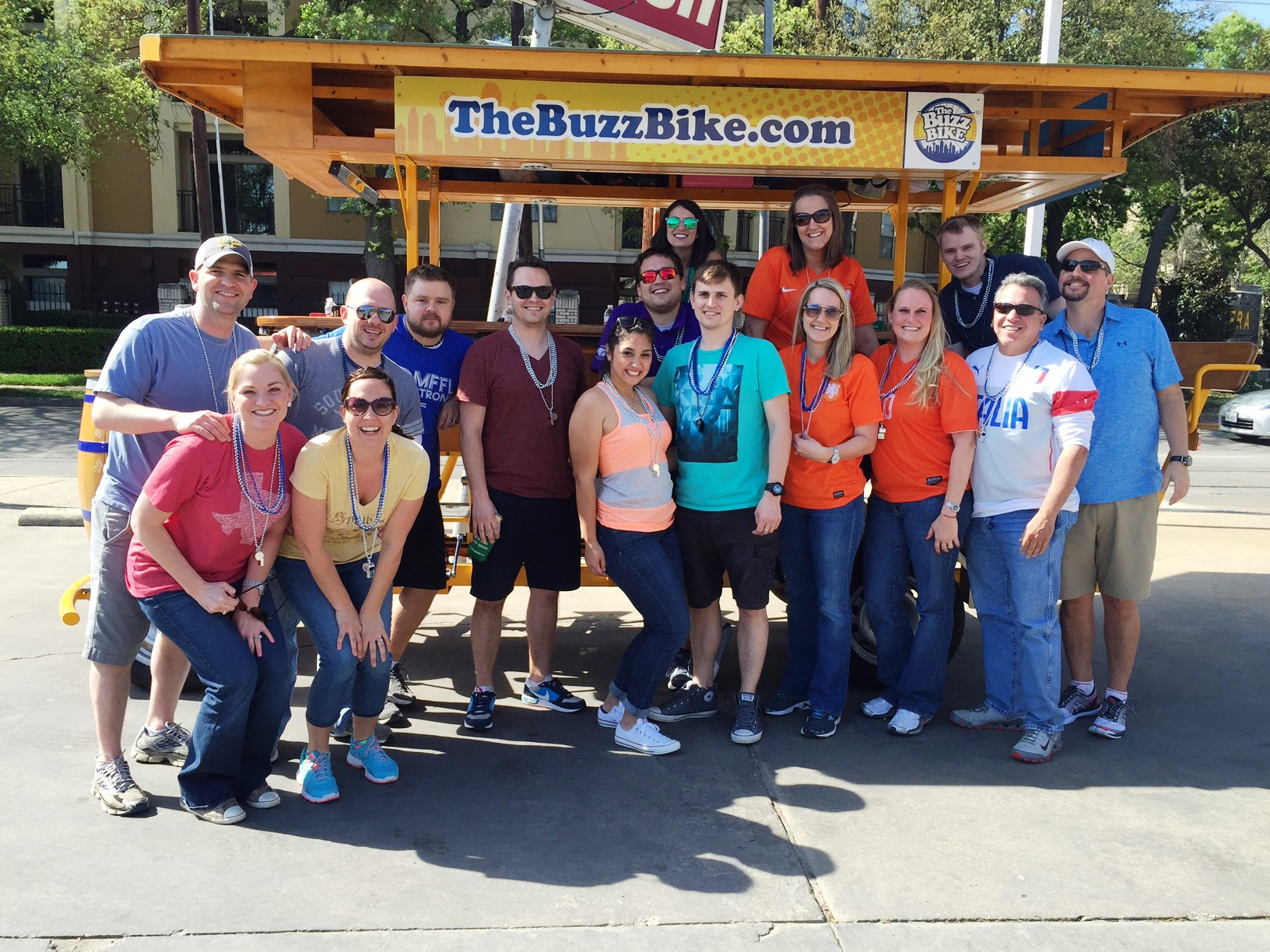 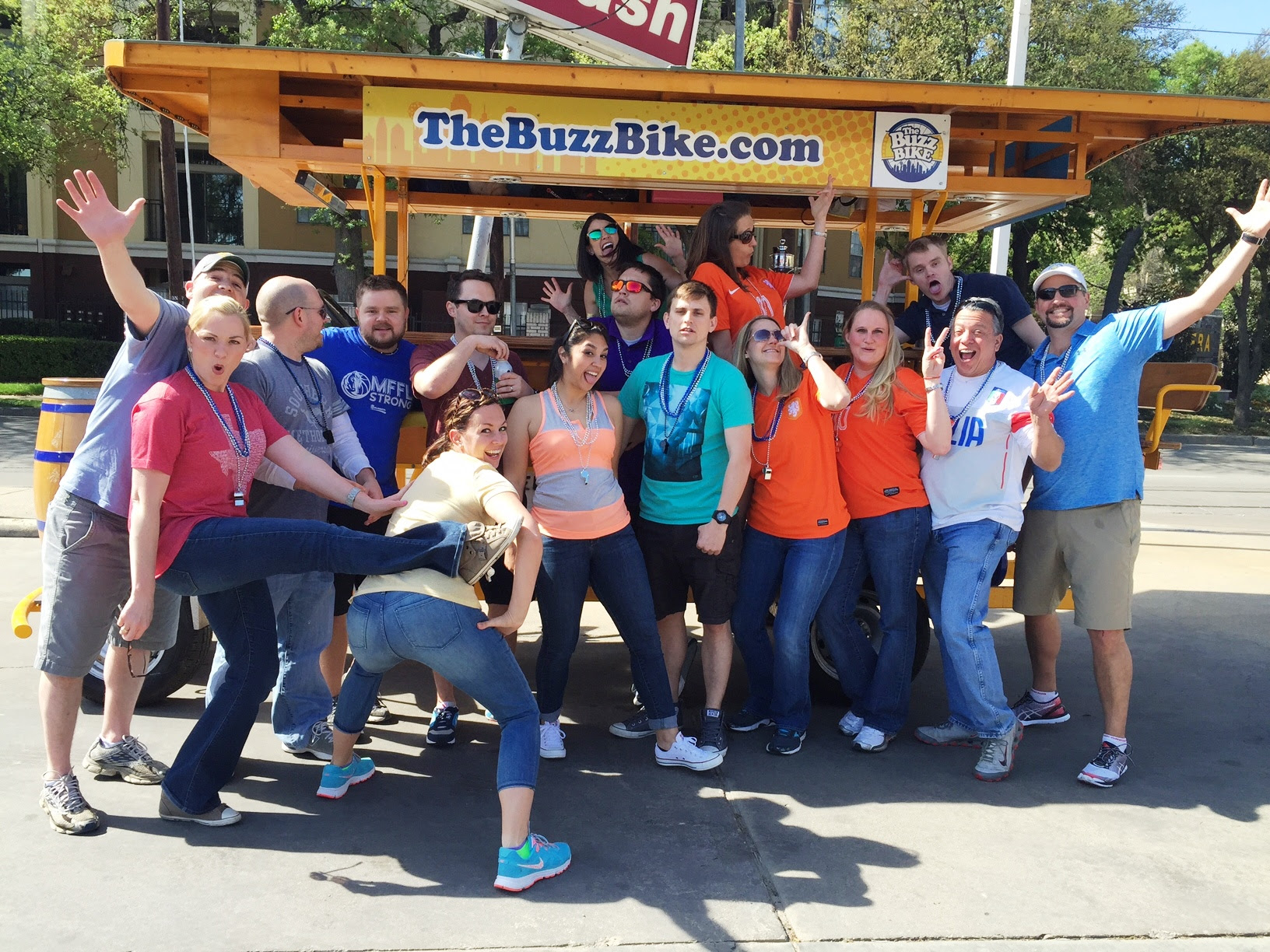 The whole thing lasts for about two hours. I really thought it was a blast, and I think everyone else did too. My only complaint is that you can only fit 16 people on there!  I wish it had seats for many more, so that we could've invited lots more friends. I highly recommend it for a fun time out with a group!
Posted by vanweezy at 6:07 PM No comments: