I know you're thinking, "Jeez, all she ever writes about is remodeling/updates to her house."  Well, I pretty much feel like that's all I spend my free time on, so it's a fairly accurate assessment!  We did the extensive paint job to the living room back in September, and then I felt like it was time to update the rug, decorations, and throw pillows.  It's not an easy task to find an 8' x 10' rug, however.  I went to at least ten stores, and I didn't like any of their styles.  Of course I found a ton of styles online that I liked, but they were typically $500 and up, and it made me nervous to order something that expensive online without having seen it in person.  Before giving up, Meezy and I headed down to Harry Hines Blvd, south of Royal, because I remembered seeing a lot of furniture and rug stores there in the past.  They're not your big name stores with a web presence, so you really just have to go take a look in person.  I'm so glad we did!  We ended up finding an 8.5' x 11' rug, in a design I loved, for $250.  We also found an affordable runner for the hallway outside Dutch's room that was substantial enough not to move too easily and that wouldn't get sucked up in the vacuum (the dogs' nails are loud when they walk/run on the hardwood outside his door, and I wanted to have a rug there to make it quieter when he's sleeping).

Next on the agenda was throw pillows.  I have a love/hate relationship with them.  I love having them because they can be a cute way to accent your couches and you can be more edgy or creative on their designs than you can on the design of your whole couch. But, on the other hand, I hate them because they can be so dang expensive!  I picked up one I liked at Bed, Bath & Beyond and the price tag said $70. What the what??  That's just for one small pillow!!  I also saw plenty more that were between $30 and $50 apiece. That's just crazy when I consider that I have two couches and a chaise lounge to accent.  I was also considering getting some pillows for this little alcove we have in our living room, which probably used to be where people put their television.  At those prices, I'd probably be looking at $500 minimum.  Then I discovered the throw pillow section at Steinmart. Hallelujah!  Their prices are incredible.  I wish someone had been filming me while I was there.  I just couldn't help but get excited when I'd pick up pillows and they'd be between $8 and $12. I took pictures of a few and texted them to Meezy to see what his preferences were, because I was having a hard time deciding which to buy.  After a few rounds of that, he finally told me to just buy them all and bring them home and then we'd decide.  I could always return the ones that we didn't like.  Steinmart's carts are very small, and I was stuffing mine full of pillows, and even had to carry a bunch more in my arms on the way to the register.  The total number purchased was 17.  SEVENTEEN!  Lol.  When I got home, Meezy estimated that I had spent over $500.  I was thrilled to announce that the total was only $200 for all those pillows!  We laid them all out, and thanks to the alcove, we actually used all 17.

As far as a new decoration, I really just wanted a large conversation piece to go in the alcove between the built-ins. We considered an indoor fountain, but determined the logistics and cost wouldn't be worth it. After showing Meezy a few different art pieces, and having him nix them, we finally decided on a large clock.  We found one at BB&B that was actually really cool and affordable.  So, after dropping another $40, we were done with the remodel.

Here's what the rug and throw pillows looked like before: 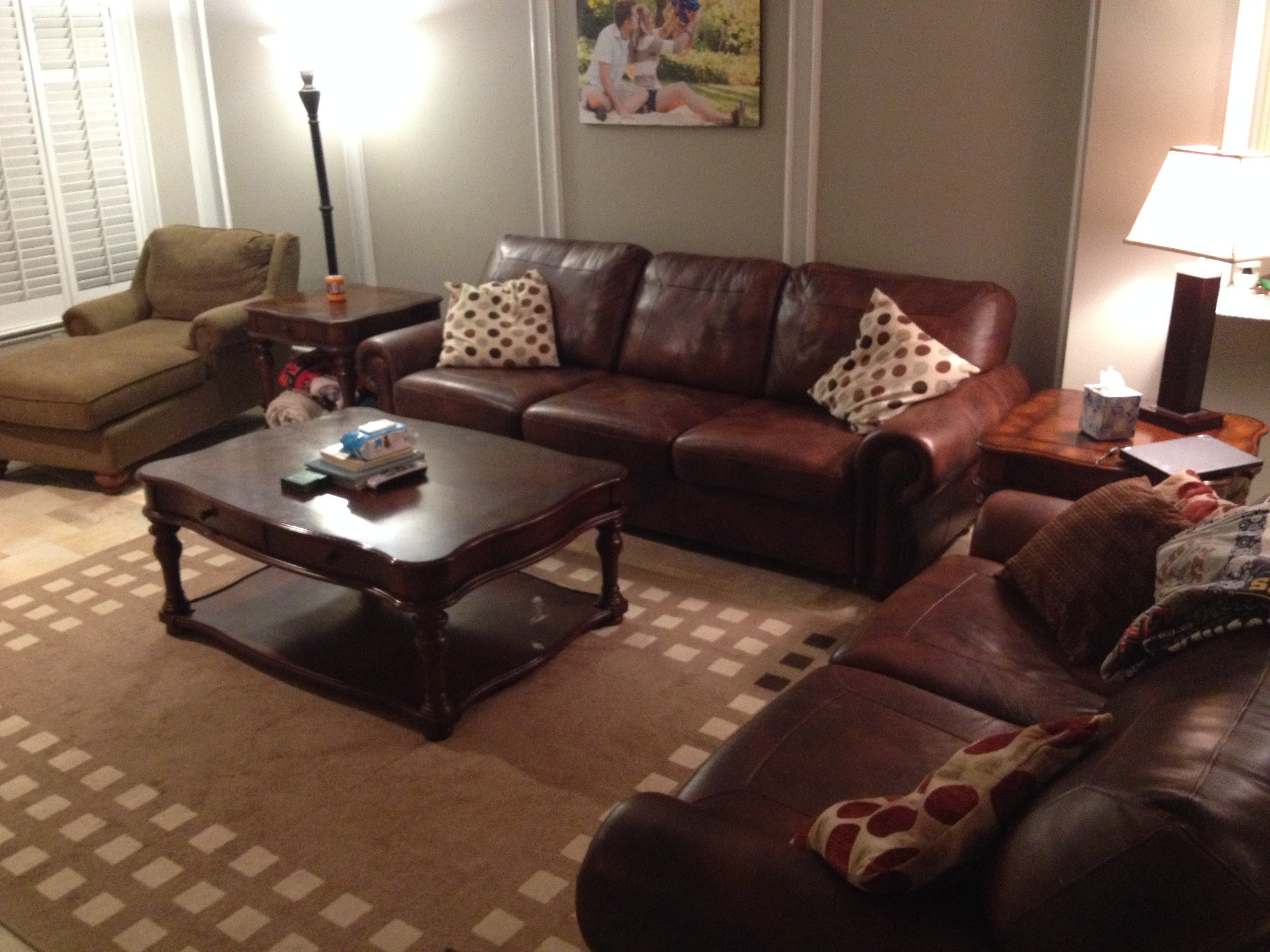 Everything was boring brown and red

And here's the new rug and pillows: 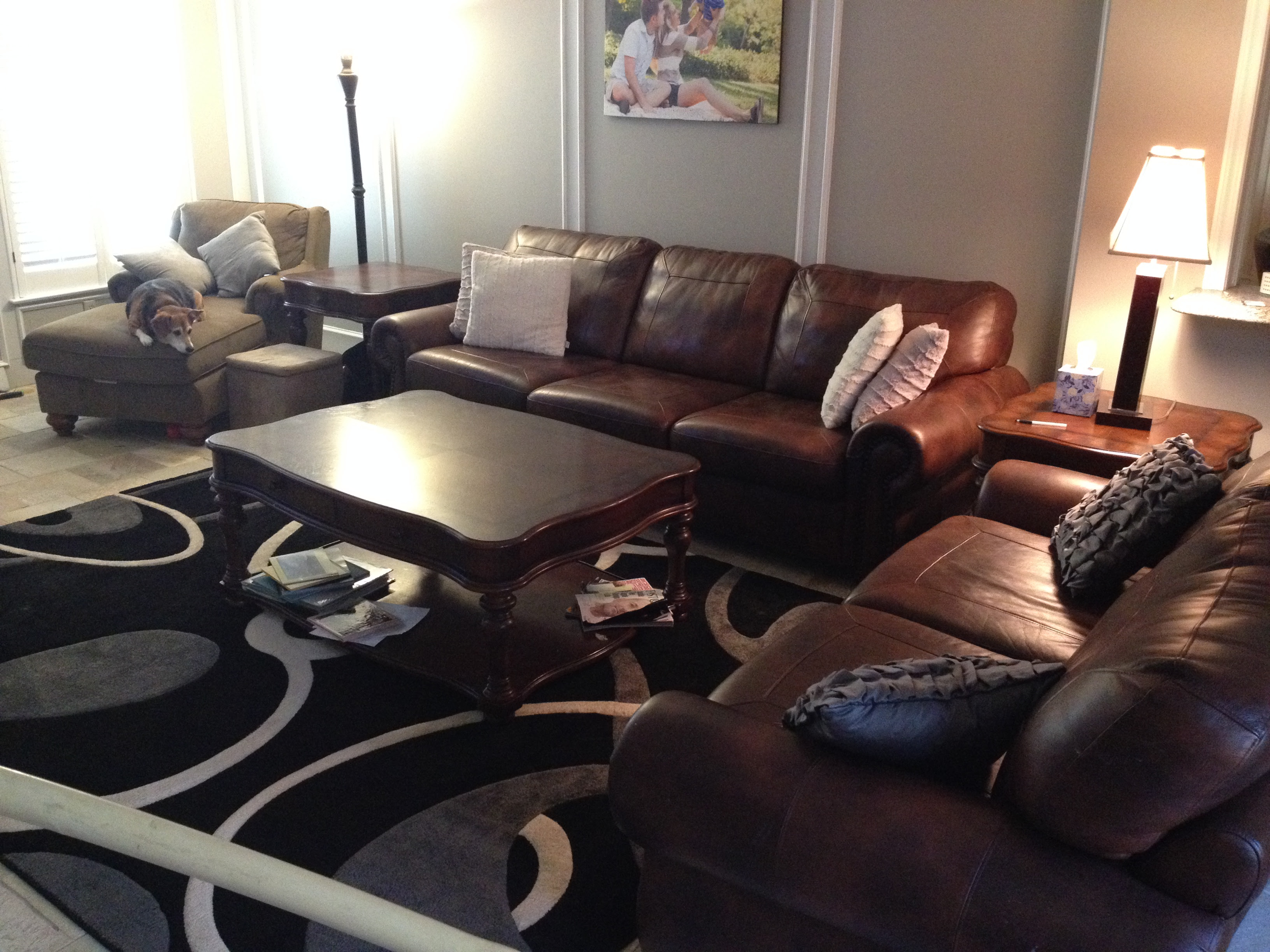 Look at that fun rug!

Here's what the alcove looked like after we painted it, but before we knew what to do with the space: 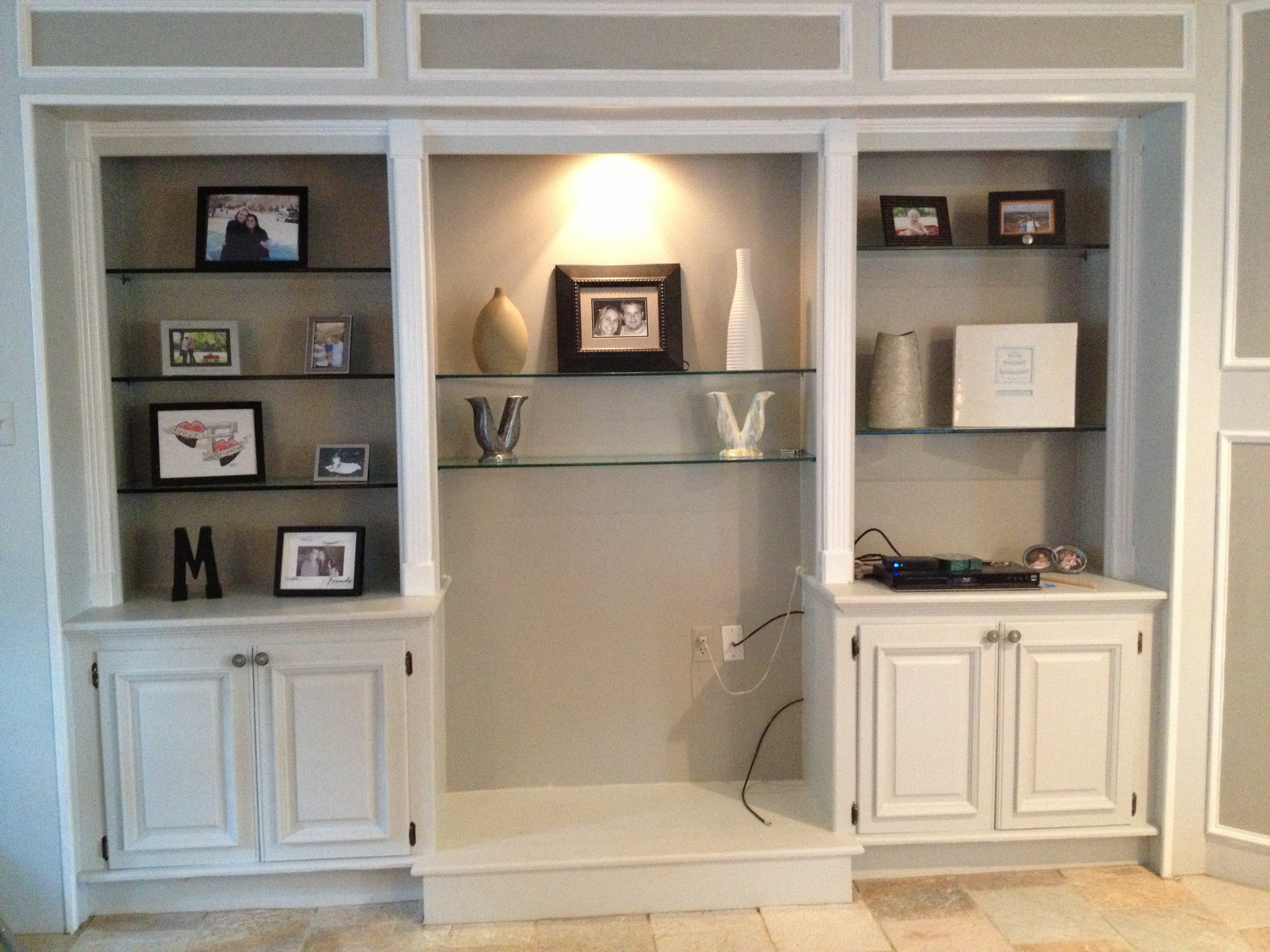 And here's the after shot with the new decorations and pillows: 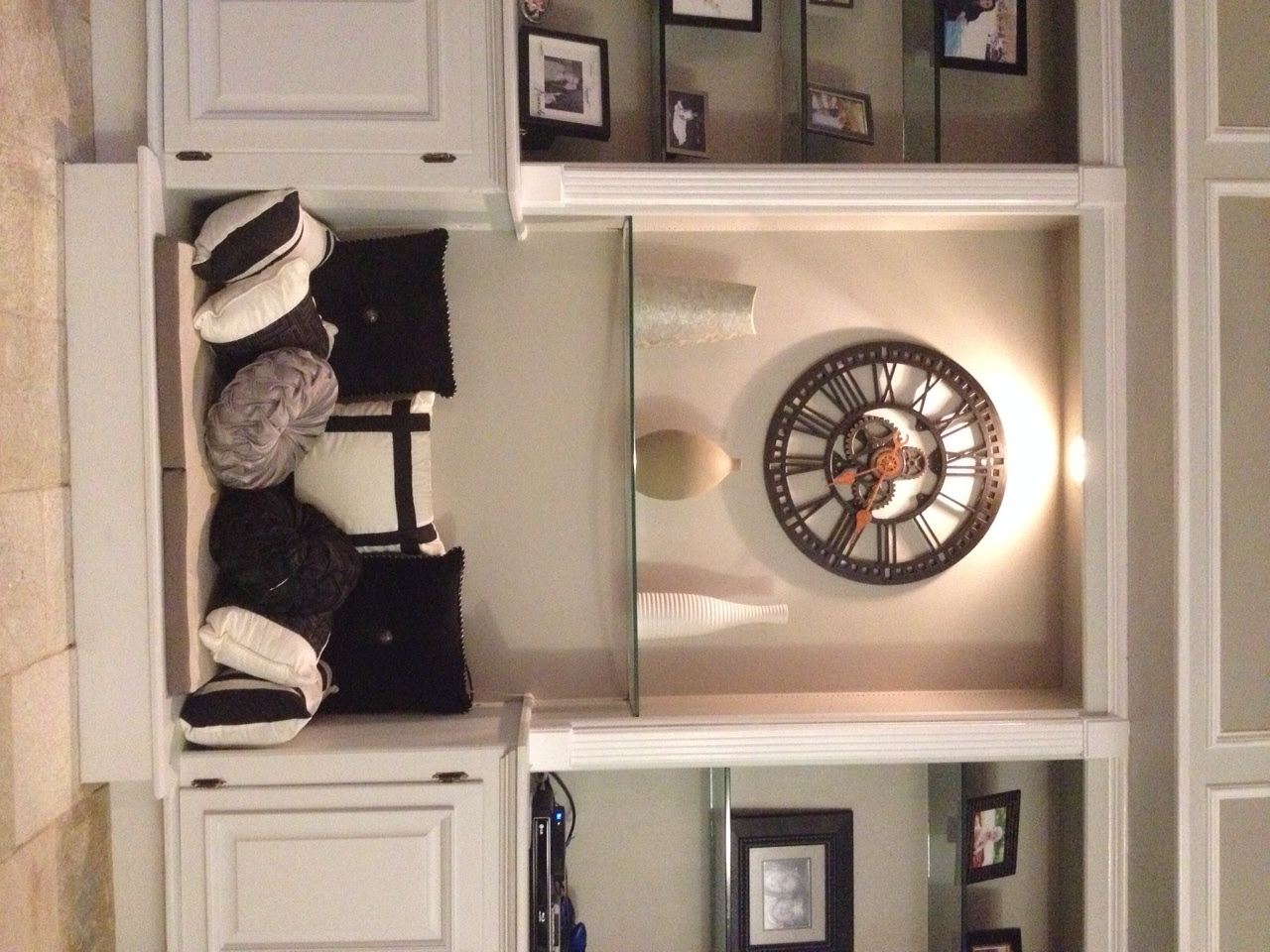 I love the results!  Next up, a post about our guest bathroom remodel.  That one has been a couple of months in process since we had to do it in phases while we waited for our foundation work to be completed. Stay tuned!
Posted by vanweezy at 6:21 PM