We woke up early on Day 2 since we knew we wanted to capitalize on all of our time together.  We headed to PineState Biscuits for breakfast.  Again we waited in a line out the door, but it was worth the wait!  I got a chicken biscuit with bacon, cheese, and gravy.  It was a whole chicken breast, aka, it was ginormous! From there, we started our 2.5 hour trek to the coast. We passed through McMinnville, where the “Spruce Goose” is housed at the Evergreen Aviation and Space Museum.  I didn’t get a chance to snap a pic, but the museum looked incredible and I could see the massive aircraft from the roadway, thanks to the glass-front building.  Along the way we also stopped in Otis at the Otis Café, since Iris said their pie was famous.  It certainly didn’t disappoint.  (This restaurant is the reason for an inside joke that I’m guessing we’ll be laughing about for years to come). We got back on the road and continued our drive until we arrived at the Shilo Inn & Suites Oceanfront in Newport.  There was hardly anyone staying at the hotel since it was winter.  When I checked in, they asked if we wanted to upgrade to a better room.  It would be bigger and in a better location at the hotel.  I expected to hear an upgrade fee of at least $50, but she shocked me when she said it would only cost $15 more.  Umm, yeah, I think I can swing that.  We dropped off our bags, marveled at the amazing view from our room, and then headed out to check out the town. 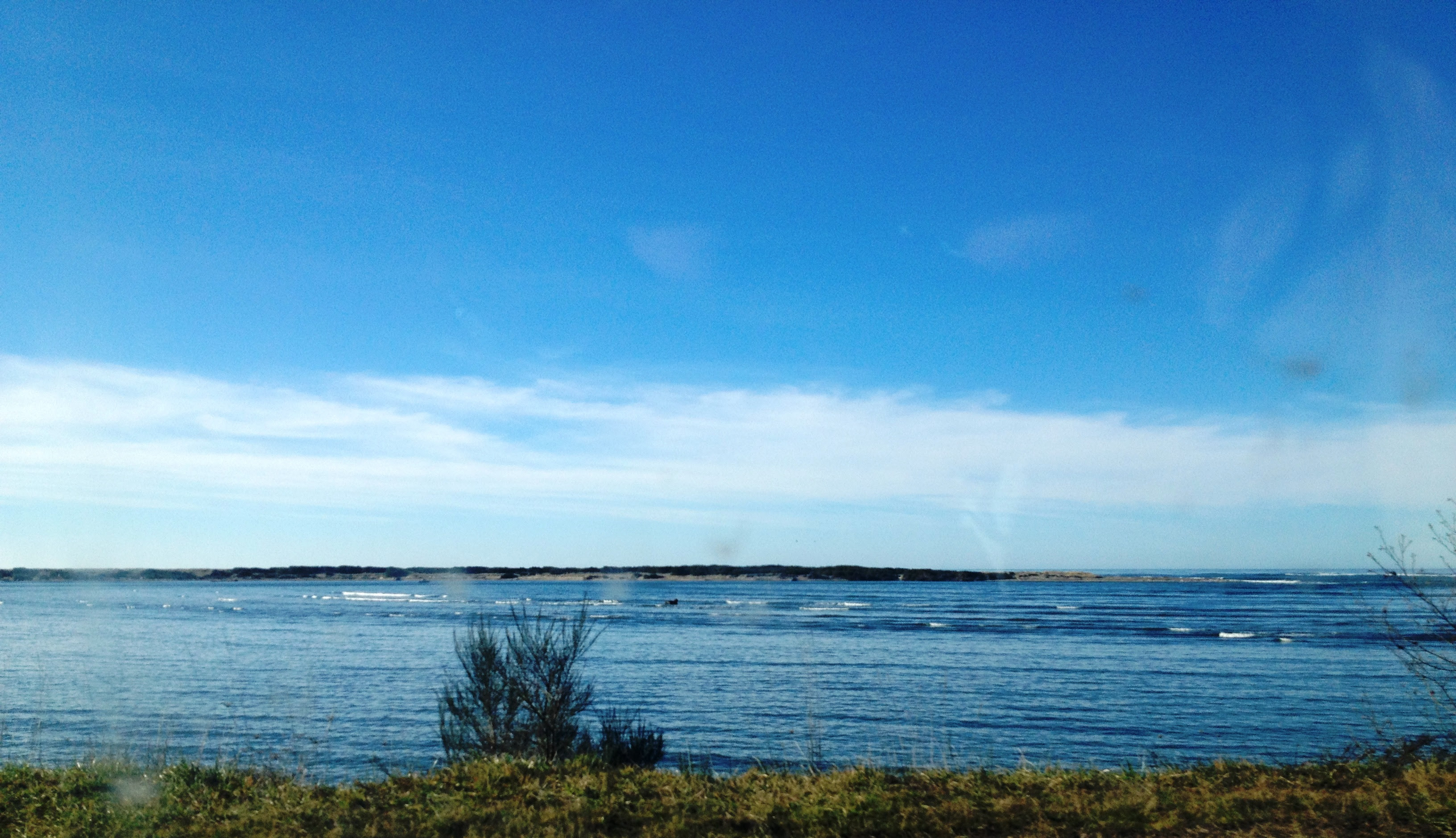 We first toured the Yaquina Bay Lighthouse and then stopped at a lookout to check out the ocean.  Much to our surprise, we saw whales in the distance!  We could spot the spouts shooting up in the air with our naked eye, but Iris had her binoculars, so that was a bonus.  I was elated, and told her that that made my day!  Little did I know that experience would keep getting topped!

We went into Newport and walked behind some restaurants out onto a dock.  There were about 6 sea lions napping below us.  So fun to see! Then, while we were out there, I overheard a fisherman complain to his friend that he had caught a starfish.  I asked to see it, but he had already thrown it back.  He saw my disappointment, so when he caught another one a few minutes later, he called me over to see it.  It was incredible!!  Definitely the largest one I’ve ever seen outside of an aquarium.  I touched it and took a picture and then he returned it to the water.  I was on cloud nine. We checked out some of the shops in the town and then had dinner at Mo’s.  I can't comment on the seafood there, because I got a cheeseburger!  I'm just not much of a seafood eater. It had been another exhausting day with a lot of walking, so we called it an early night.  I was able to FaceTime with Meezy and Dutch that night.  As soon as my face appeared on his screen, Dutch said, “Mommy hold you.”  I almost cried.  I missed that kiddo so much and felt horrible that I couldn’t hold him in my arms right then!  Side note – that kid’s vocabulary has exploded in the past month.  He talks so much and can form 4 to 5 word sentences.  I felt guilty for being away for a few days because he literally says or does something new and impressive each day.  Can’t believe he’ll be two in late February!