Meezy took Dutch out to my sister's in-laws' land near Quitman on Saturday, and he had a fun-filled day in the water!  Here's some video of him discovering the kiddie pool:

They also had a slip n slide set up, and Dutch thought that was pretty cool.  Each time he rode down, he would run over to Meezy (who was filming), give him a hug, then run back up to the top to do it all over again.  So sweet!

Back home, it rained some later that day, and apparently Dutch hadn't had enough of the water.  He really wanted to play outside in it. 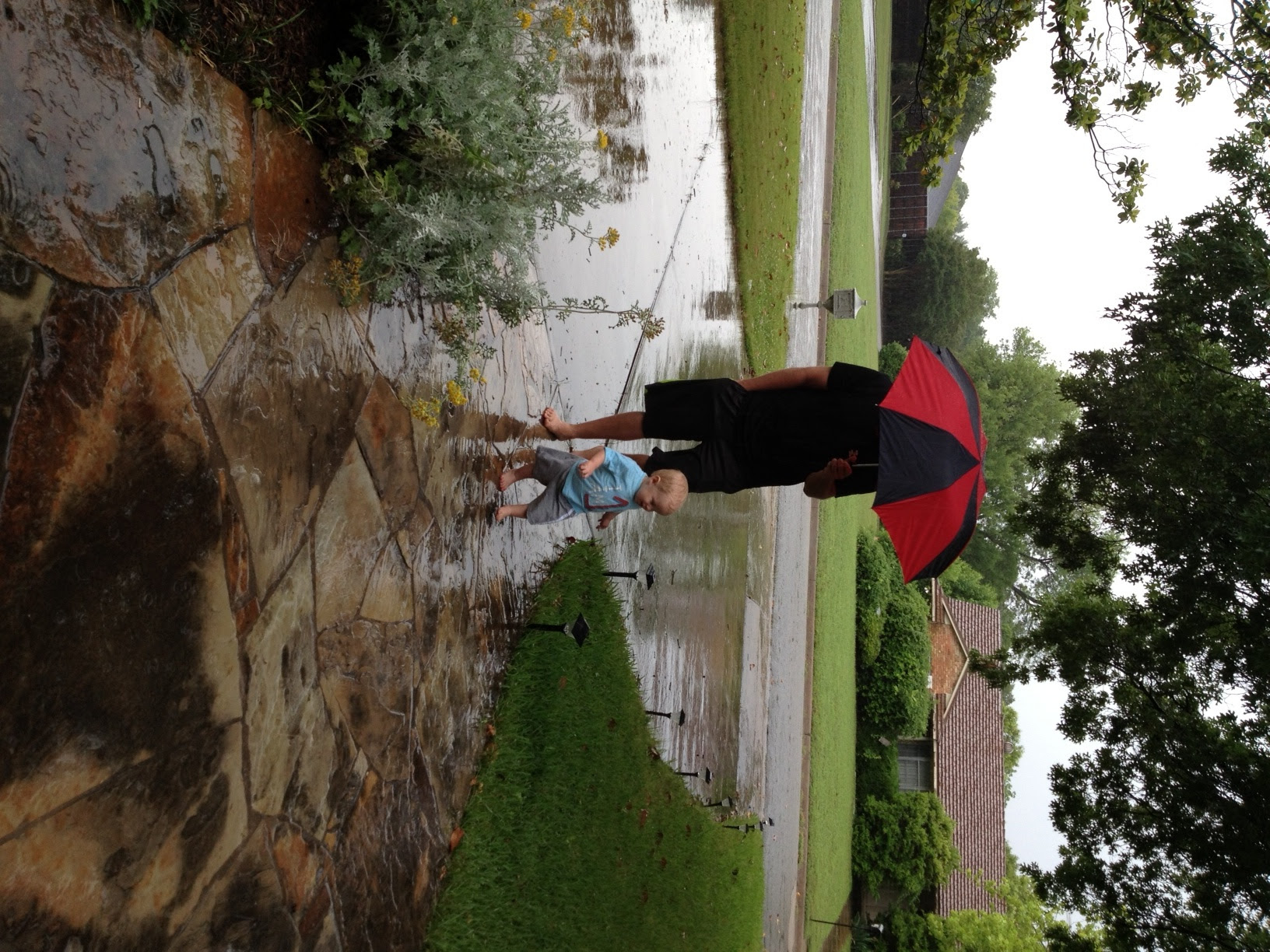 On Sunday, Dutch got to take a ride in his cousin's buggy, and he had a blast!  He loves being outside, and he loves anything active, so summertime is definitely going to be his favorite season! 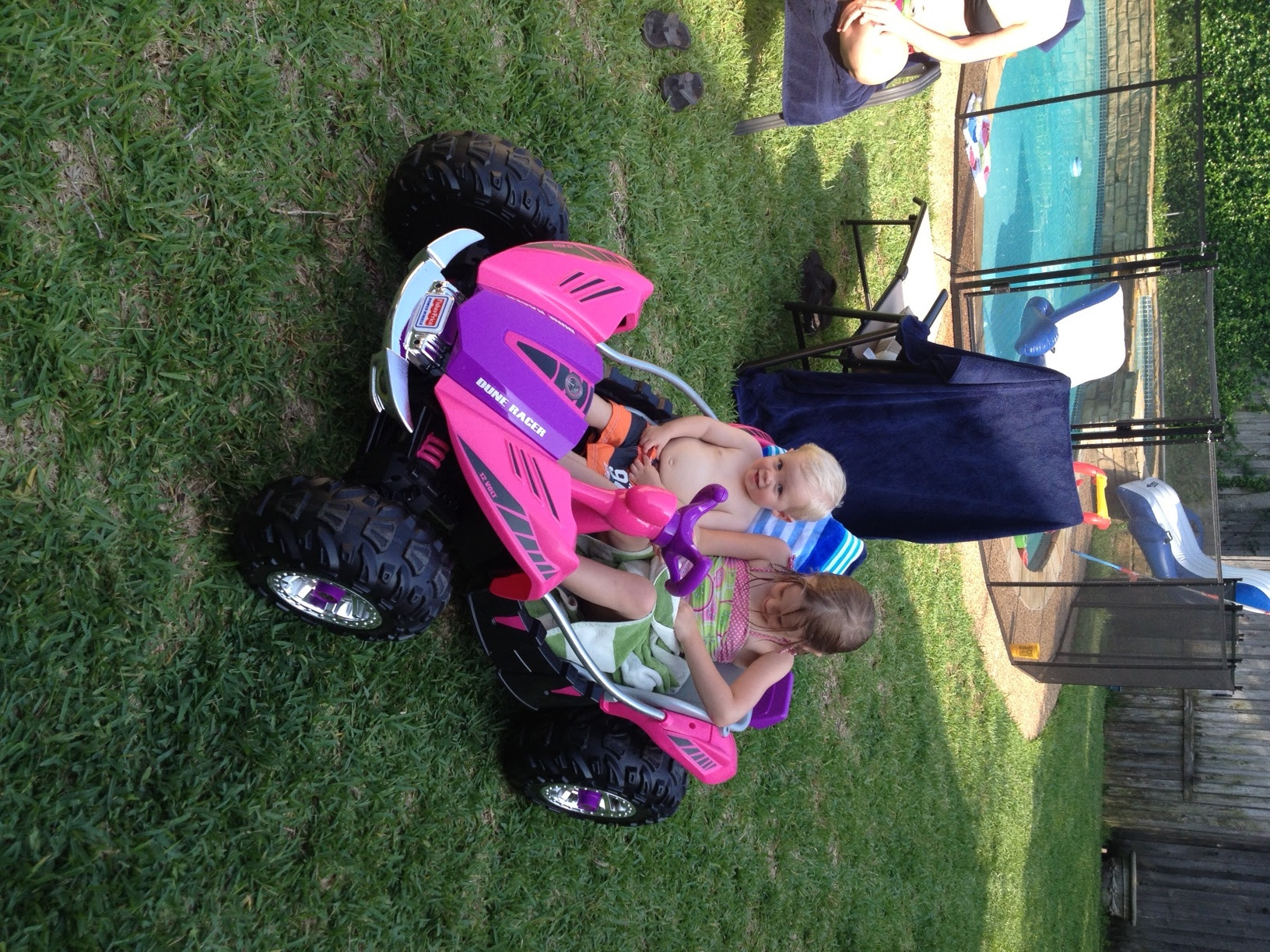 I'm so glad that there hasn't been a disruption to Dutch's life, just because I can't pick him up for a while.  He does reach for me occasionally and whine a little, but Meezy or someone else is always nearby to take care of his needs.
Posted by vanweezy at 1:27 PM