So much going on at the new house, so I thought I'd write down a few of the updates:

We decided to depart from the brown and blue color scheme in our previous bedroom and bathroom, and have switched over to greens with creams and browns.  Here's the new bedding: 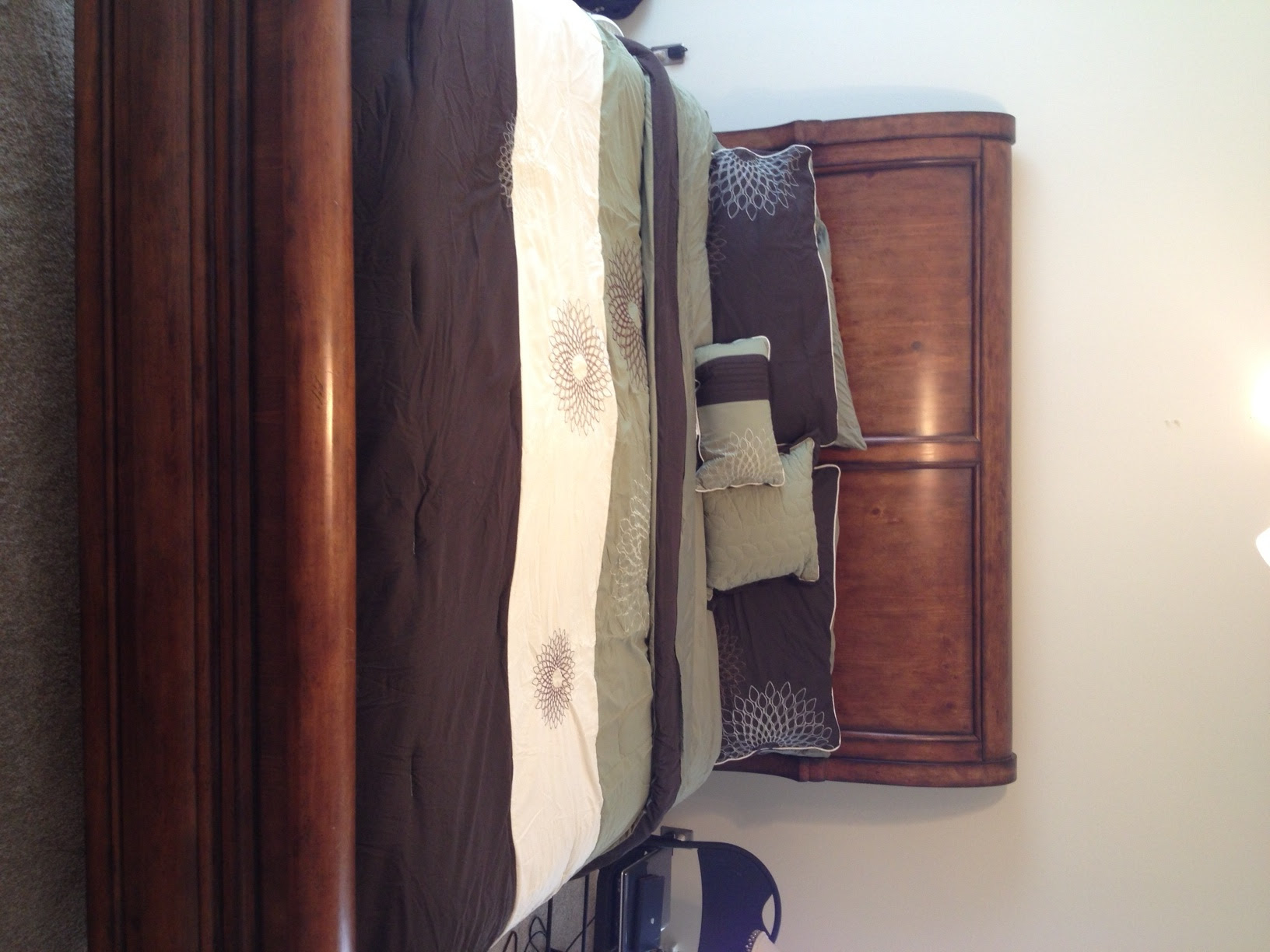 And we went with some new towels from Target: 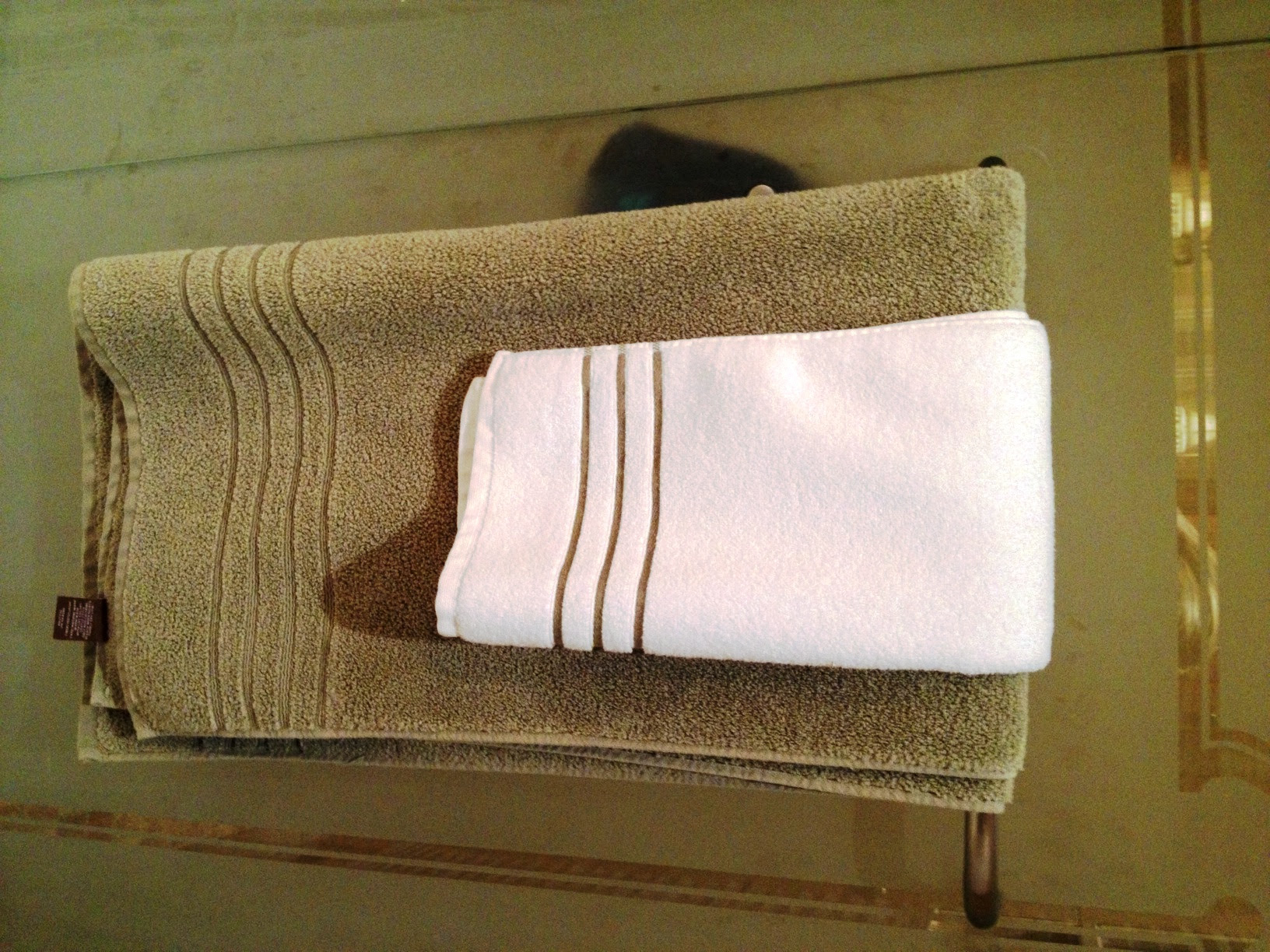 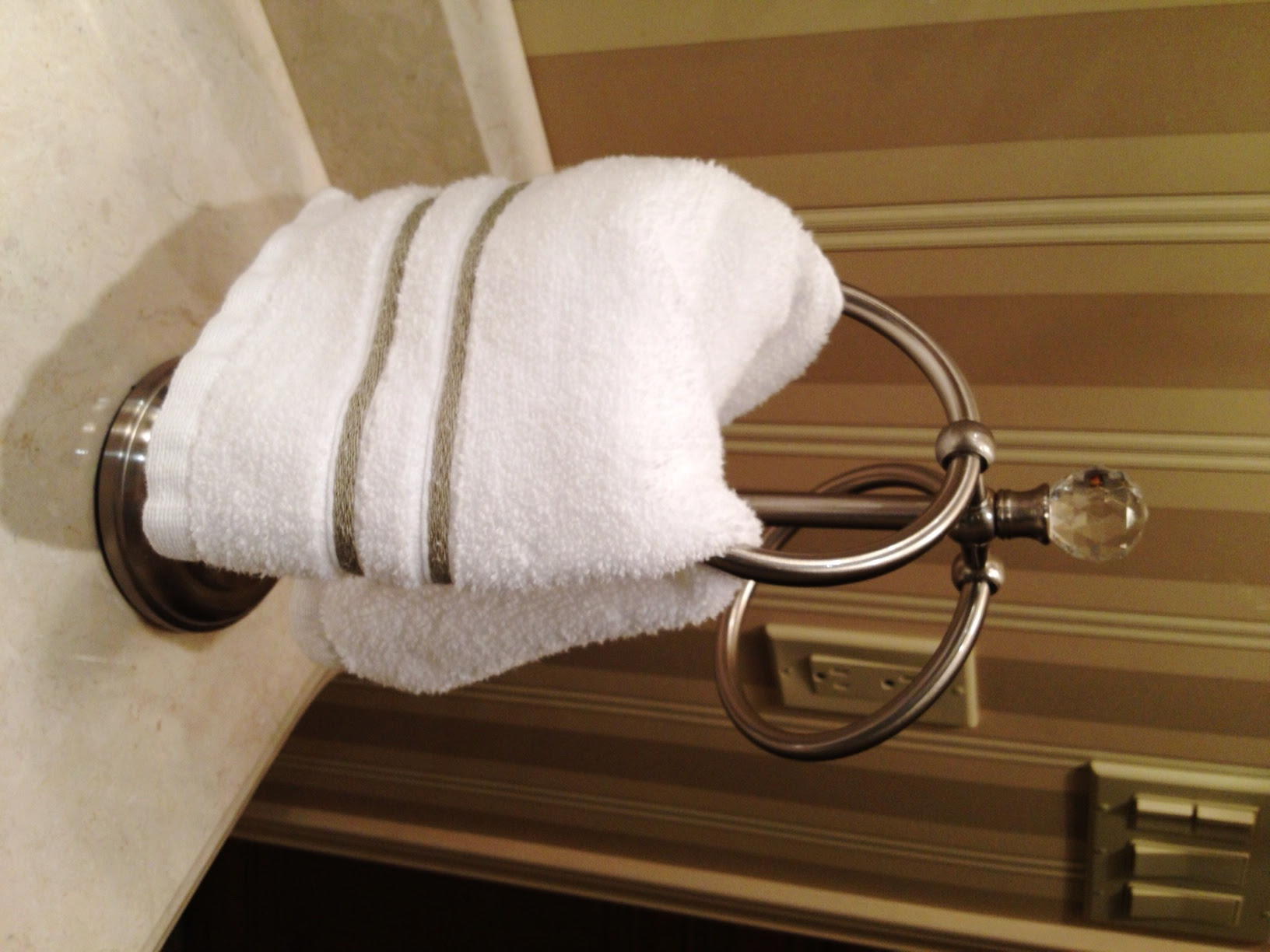 Isn't that hand towel holder cute?  I snagged that from Bed, Bath & Beyond.

All of the fixtures in the master bath were brushed nickel, except for the mirrors.  They stood out like a sore thumb since they were gold.  I'm not a fan of gold to begin with, but especially when it doesn't match anything else in the room.  Here's what one of them used to look like: 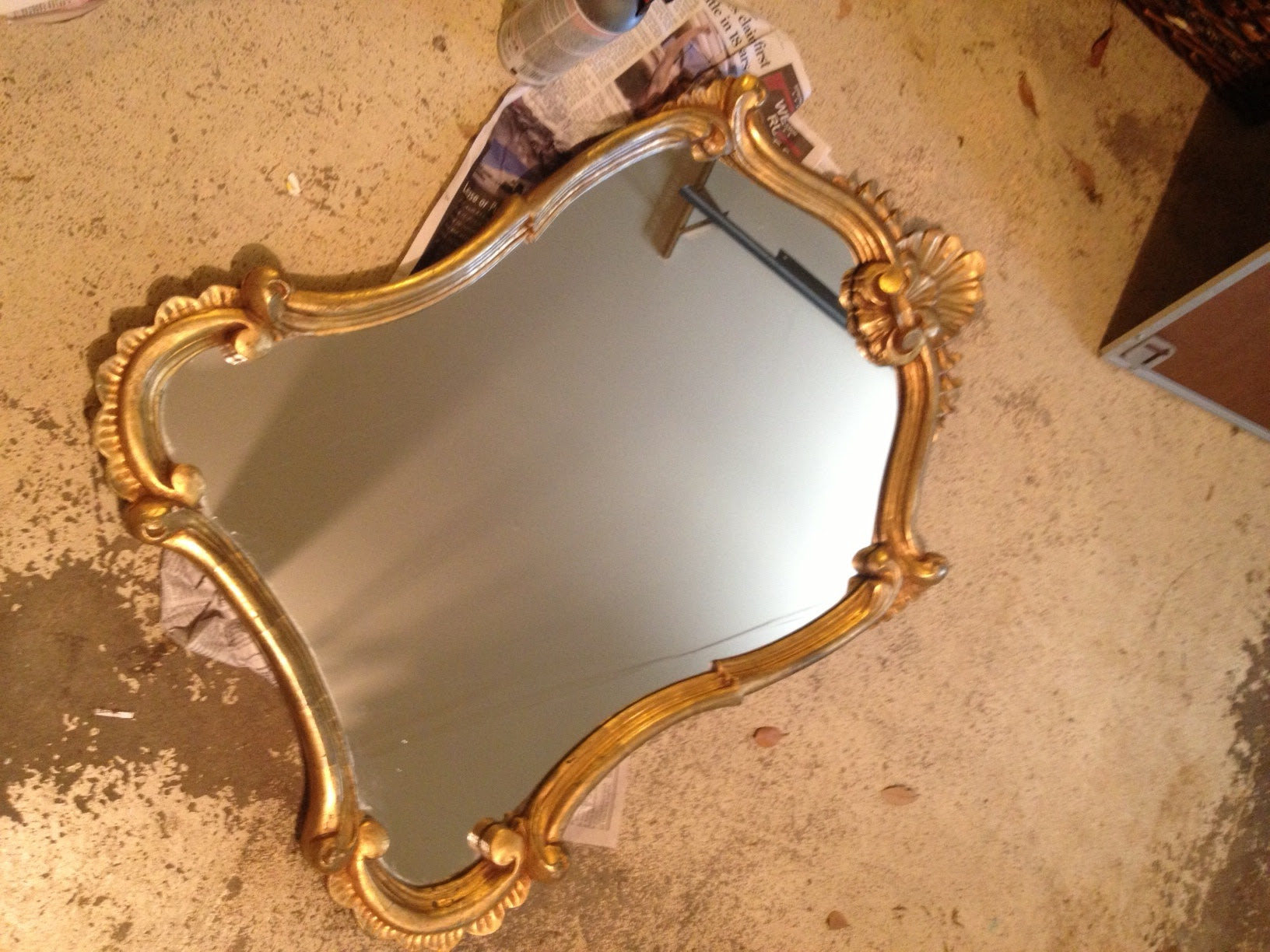 I picked up some spray paint from Home Depot and voila! 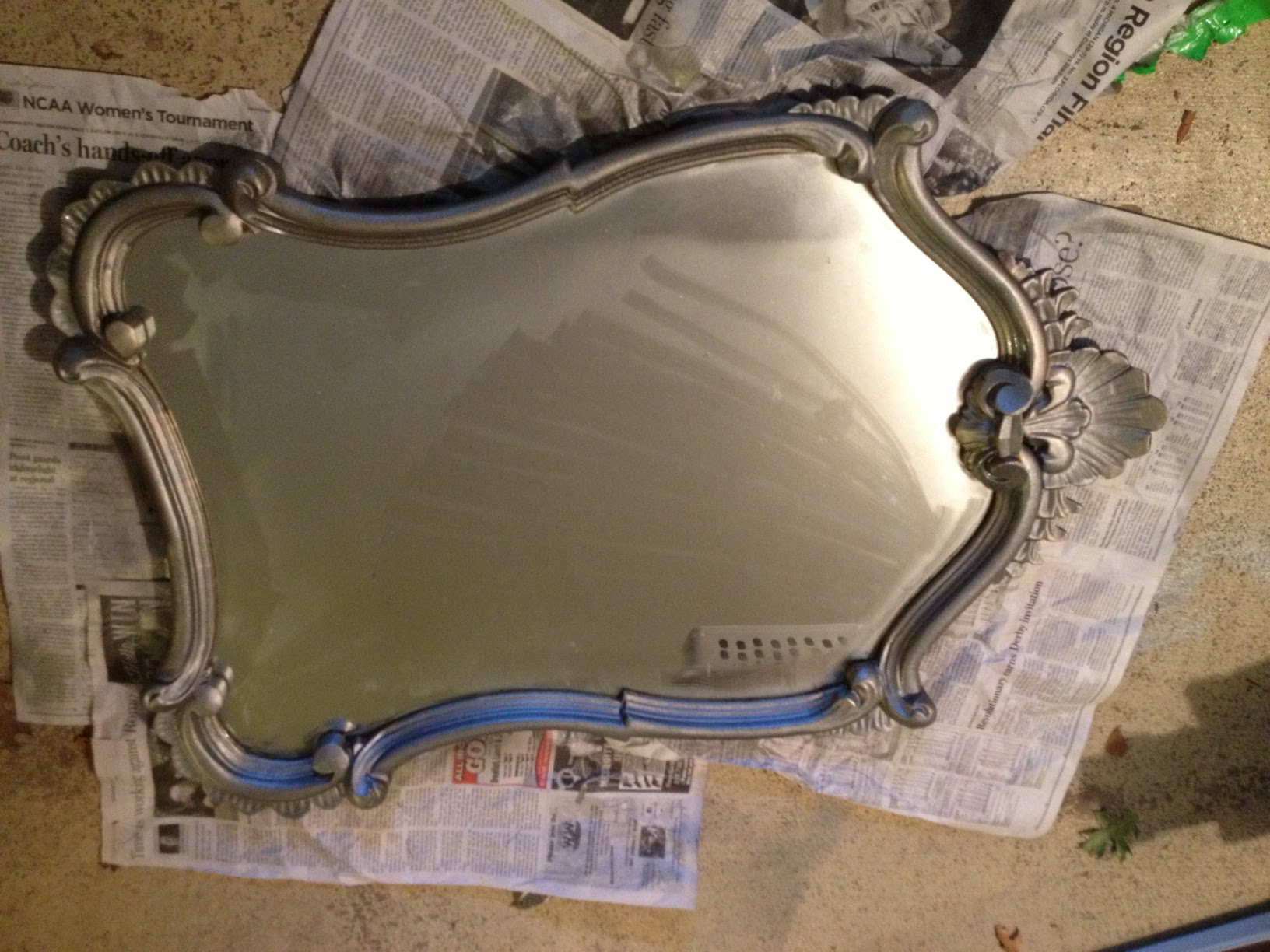 Lastly, the biggest change of all was the installation of the new double ovens today.  The old ones were just that, OLD!  They were what you could call "vintage."  The top one didn't heat correctly, and the bottom one's door was hot to the touch when in use.  That's not good with a kiddo around!  Perfect excuse to update them.  The process for installing the new ones was quite difficult, however.  The cutout in the wall was just a hair too small for the new width, and we would've had to cut through brick to make it fit correctly.  We didn't want to do that, so Meezy and the installation guy spent more than 2 hours forcing it to fit! There were many times I felt like it wasn't going to work, but finally they had success. 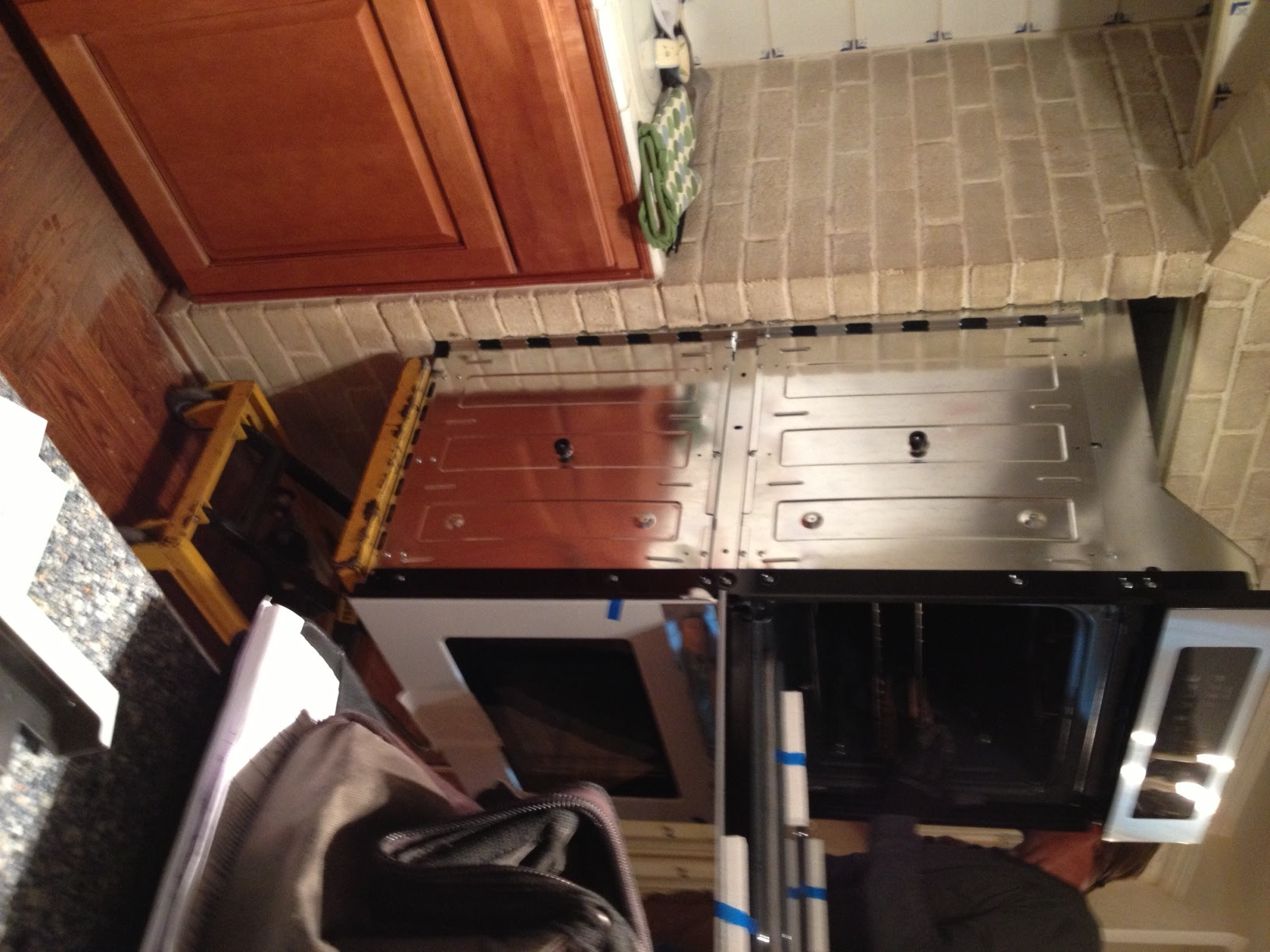 This was when I thought we were doomed 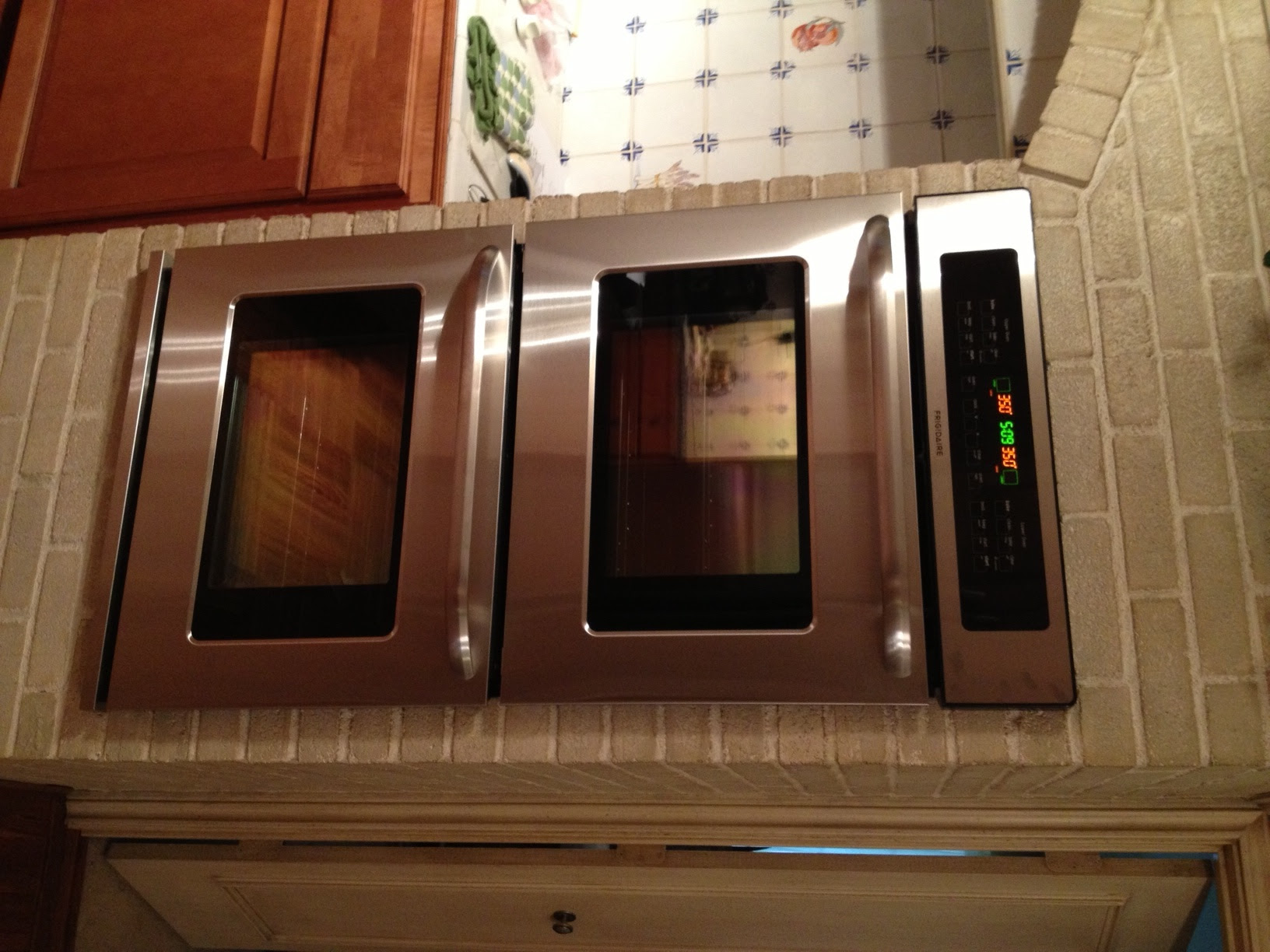 Up next on the agenda is painting and new flooring.  The chaos continues!
Posted by vanweezy at 10:28 PM