My oldest hit the double digits! Dutch turned 10 in February and asked to invite a few friends to go ice skating. There were no professionals in the group, so it was fairly comical for us to watch. They had a great time, though, and enjoyed pizza, dessert, and games at our house after. 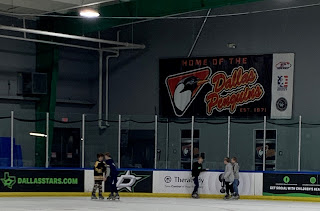 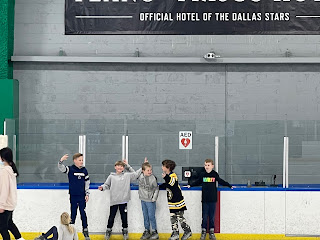 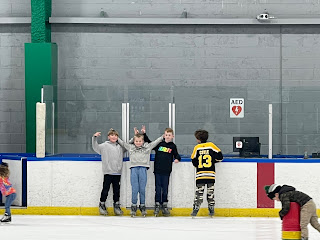 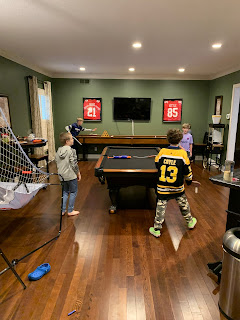 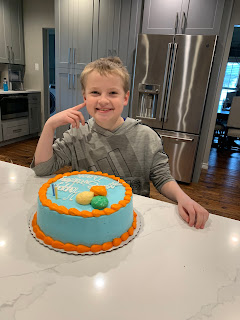 Over the past year, Dutch has gone to weekly coding classes. He's doing pretty well and seems to enjoy it. He also made the Lone Star team at school (only a few fourth graders did), which is somewhat of an academic decathlon team. He has 1-2 meetings a week and will compete in May. We're very proud of him! He continues to be an avid reader, often getting through multiple multi-hundred page books each week. His bedroom is filled to the brim with books and he gets mad when he doesn't have something new to read! He enjoys the daily Wordle, Marvel movies, the game Terraria, riding his bike, and playing catch with Meezy. We recently got him a smart watch that lets him communicate with us and tracks his location, so he's able to be a little more independent.
He's a little OCD with his bedsheets, doesn't like to see a mess on the floor or counter not being cleaned up quickly, wears his pants up too high, likes a hoodie no matter how warm it is outside, gets frustrated if his hair isn't sitting flat, often gets impatient with his little brother, loves Zoey like crazy, is very affectionate and loving to his parents, has good manners, stays up super late and sleeps in late, and does very well in school. We love the young man he's becoming!
Posted by vanweezy at 9:41 PM