We headed to Amarillo this past weekend to visit family and celebrate our niece's first birthday.  We decided it would be best to drive there and back at night because that coincides with when Dutch is normally asleep, so we wouldn't be messing up his schedule.  (Last time we drove there in the morning and he slept for most of the trip, so it really threw him off for the rest of the day).  That meant we didn't arrive in Amarillo until 1:30am on Saturday morning, and then didn't get back home to Dallas until 1:30am on Monday morning.  Normally that wouldn't be such a big deal, but when your kiddo wakes up at 6:30-ish, that makes for some tired parents the rest of those days!  We had a great time, though, and I'm always happy we make the trek.  For some of my in-laws, it was their first time to meet Dutch, so that was exciting.  I took a few pics, but not nearly as many as I should have! 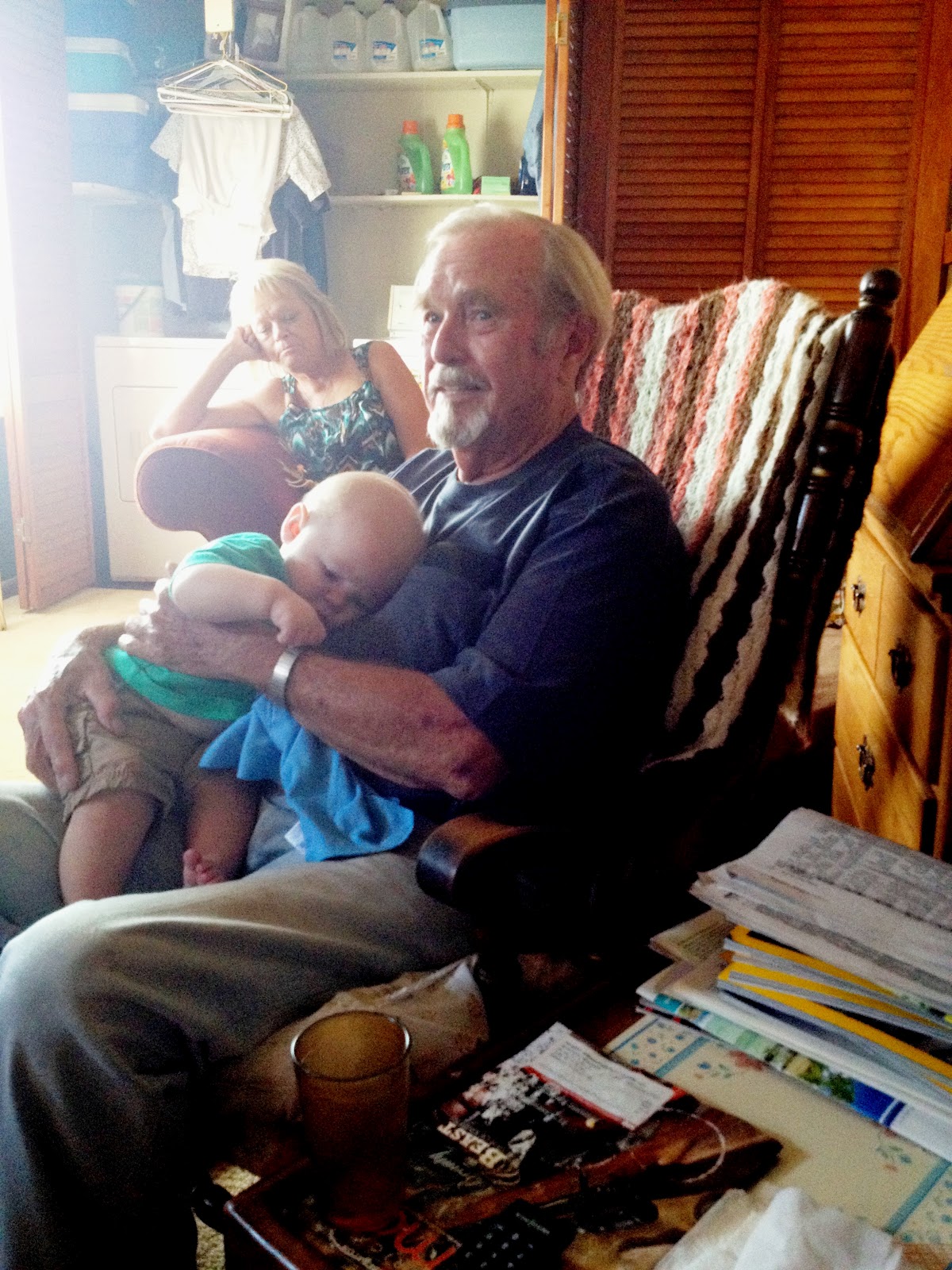 Dutch and his great grandfather. He spent a lot of time on his lap and loved playing with his watch and tried to steal the items in his shirt pocket! 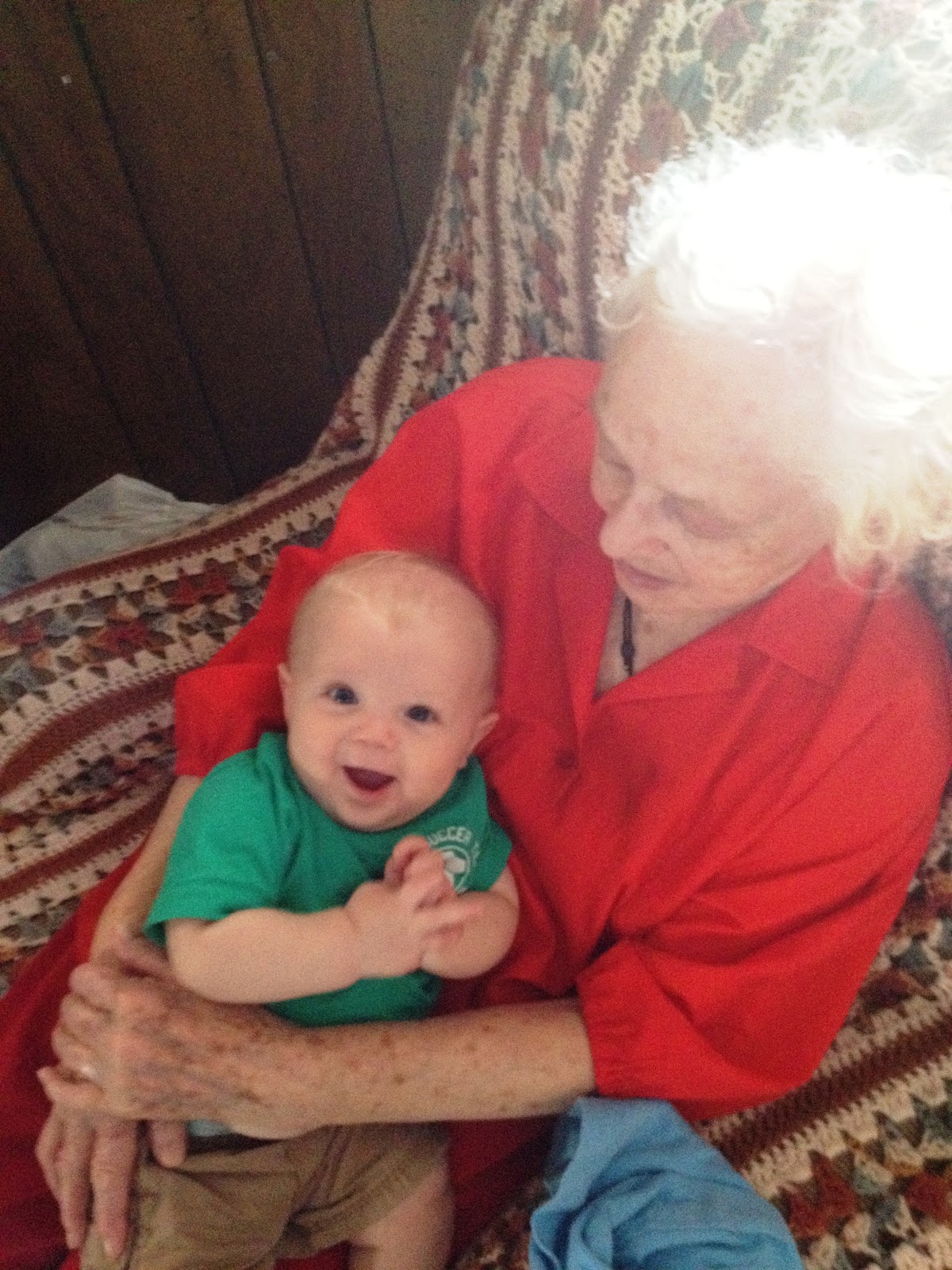 Dutch and his great grandmother. He was a happy boy! 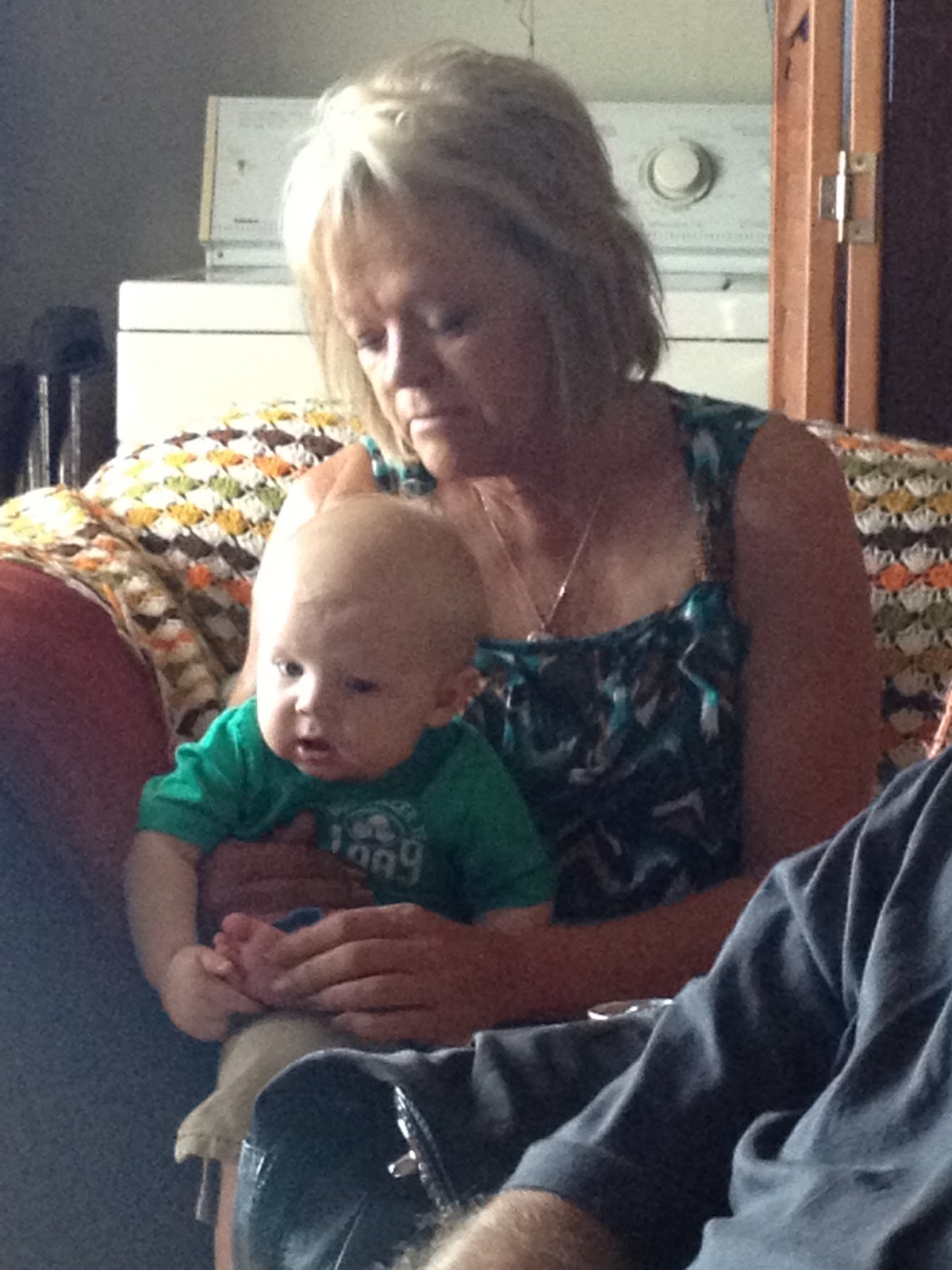 Dutch and his (Amarillo) Oma.  He always loves spending time with her and she has a knack for getting him to fall asleep on her shoulder! 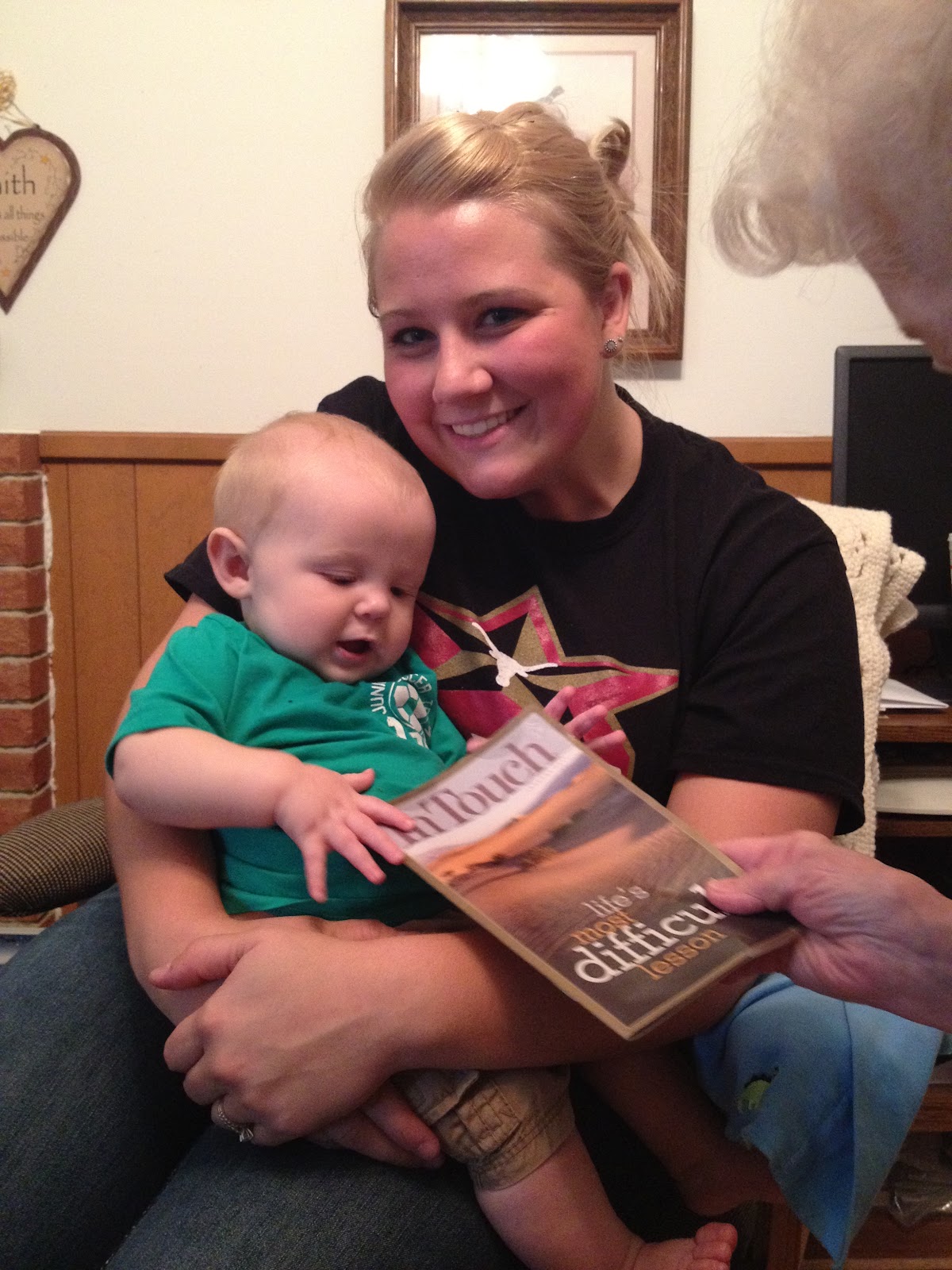 Dutch and his Aunt Katie.  They spent a lot of time together and he especially loved her charm bracelet! 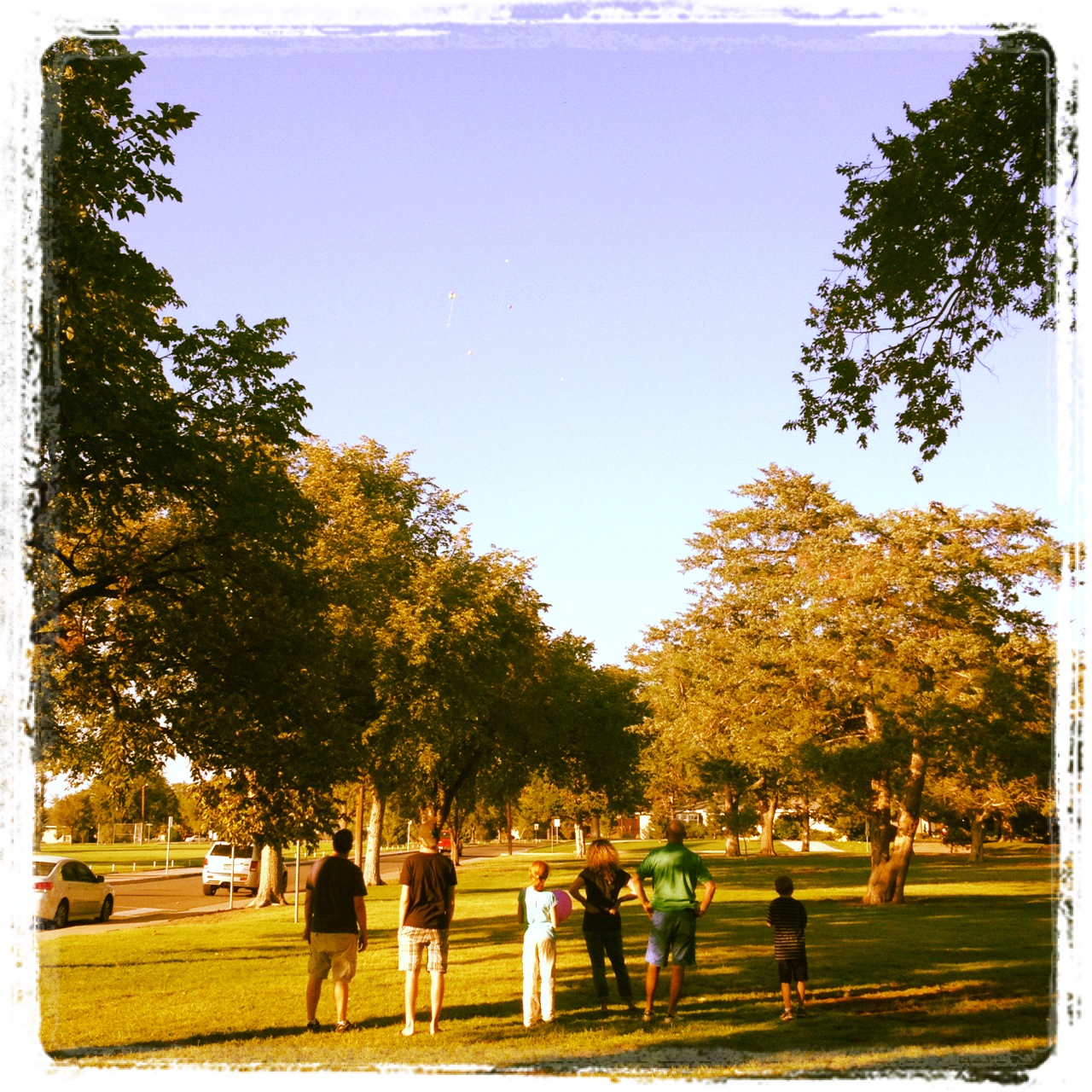 Some of my in-laws watching the balloons fly away after the birthday party. 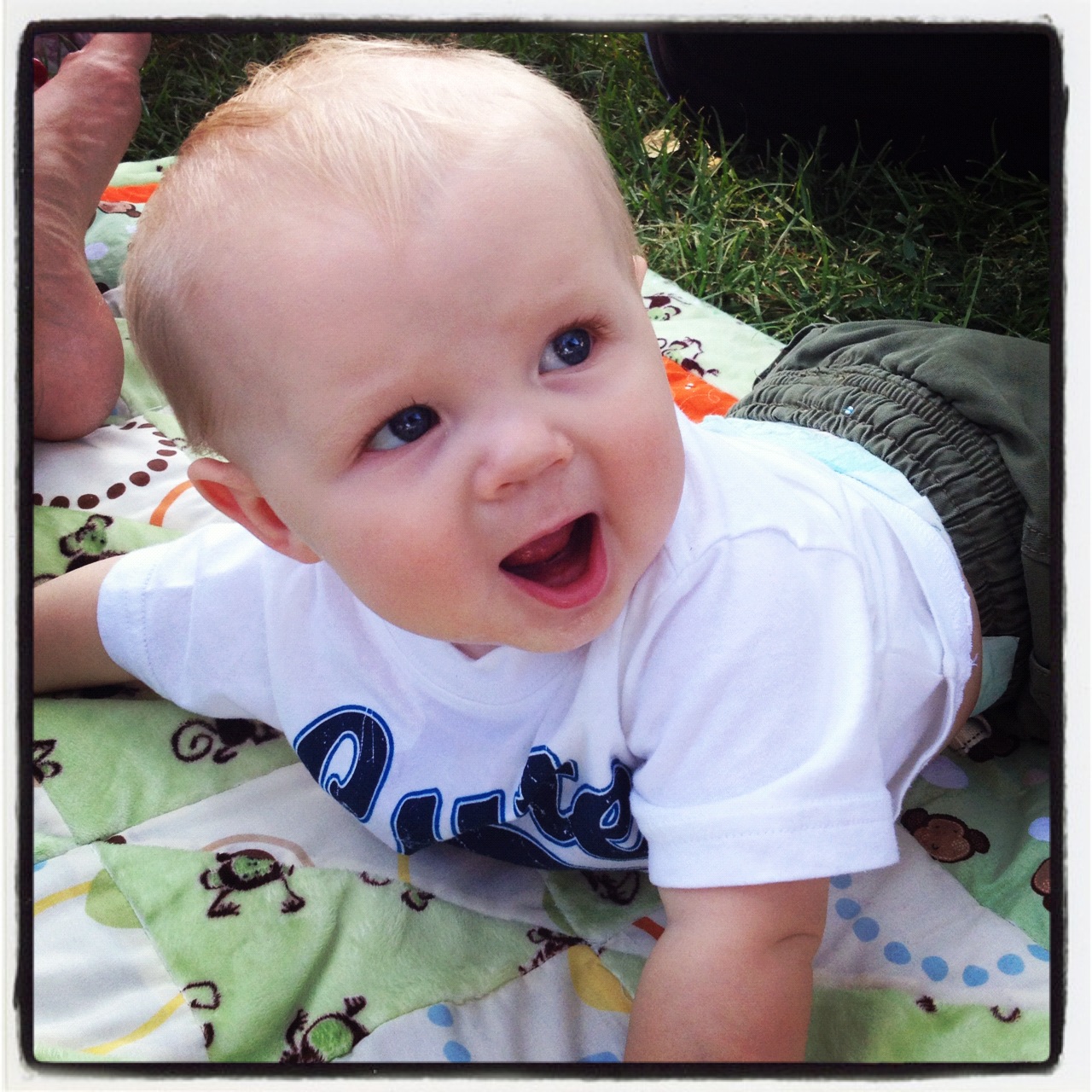 My little cutie, playing on the blanket his Oma made him. 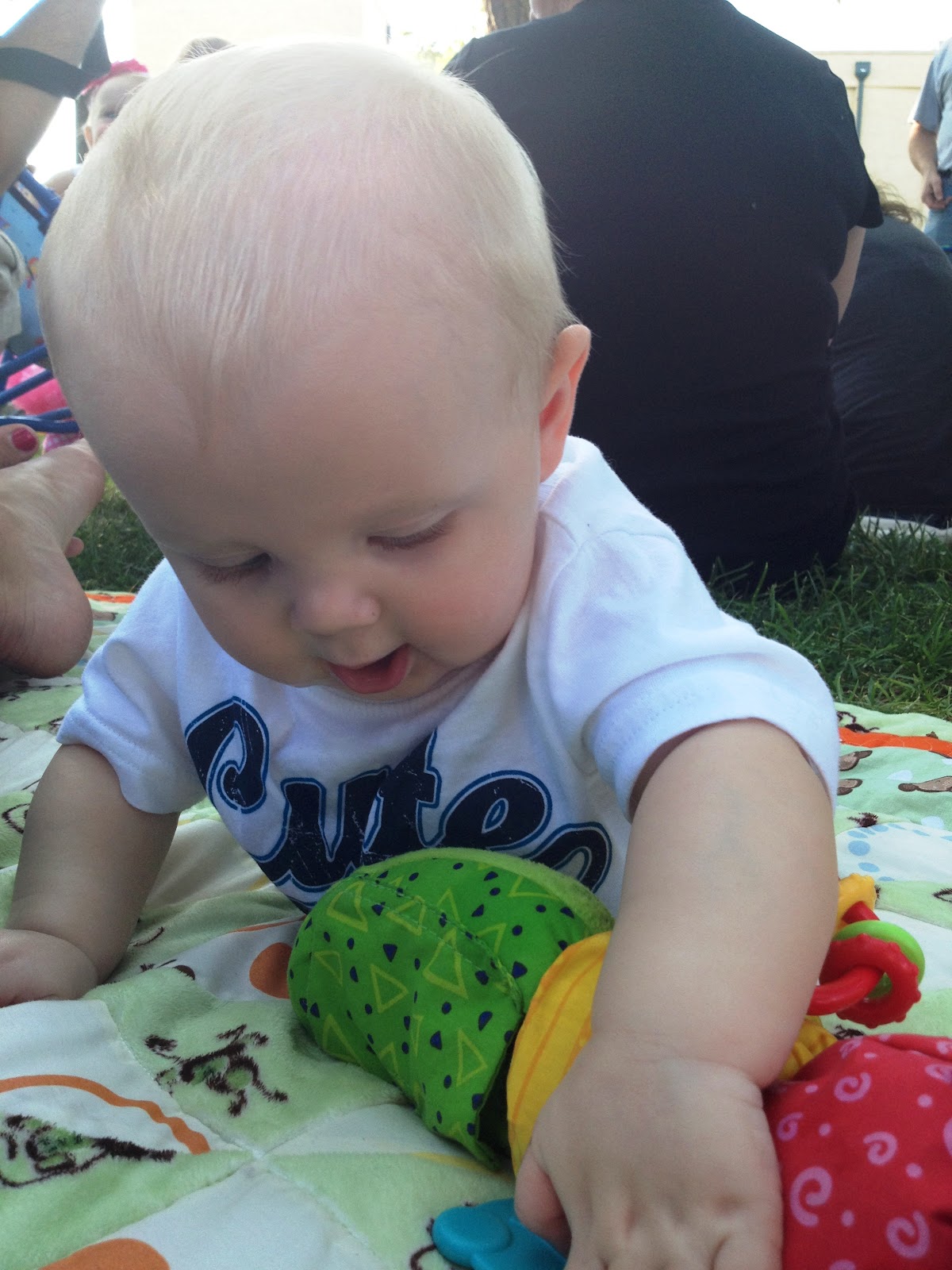 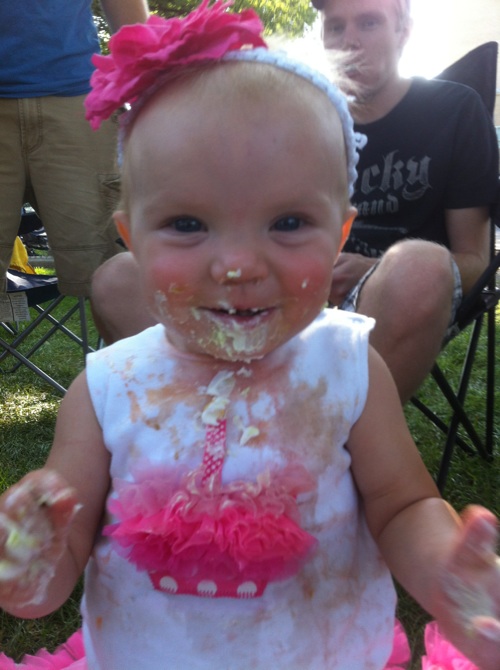 Birthday girl Emma covered in cake, yet still as cute as can be!
Posted by vanweezy at 10:17 PM