We've hit the three month mark, and so much has happened!  This little one is becoming such a big guy, right before our eyes.  Each time he does something new, Meezy and I get so excited and proud!  Dutch has these little toys that attach to his car seat, and he always gets so happy when he sees them.  Previously he could only smile at them, and that turned into being able to swat at them, and now he's able to push the button on them that makes a song play.  The same goes for the toys that hang from the top of his playmat - he actually grabs onto them now, instead of just staring and randomly swatting.  It's been pretty cool to witness his development.  He also has come to love his baths.  After we're done washing him, we let him sit in his little tub for a few minutes, just splashing around.  He makes himself smile, and it's super cute! Dutch has also started going to daycare part-time, and he has done amazingly well!  He only had one day of not drinking well from his bottle, and now he gobbles them down at each feeding.  He's also taking regular naps in a crib, which wasn't something we were able to do at home thanks to my inconsistent and hectic work schedule.  I'm so glad he's getting interaction with other kids and having days that are overall less stressful.  My stress level has decreased as well, so we're both benefiting!  Happy three months to the cutest guy I've ever laid eyes on. 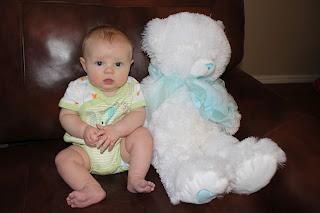 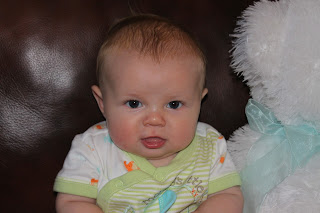 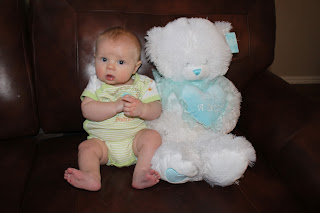 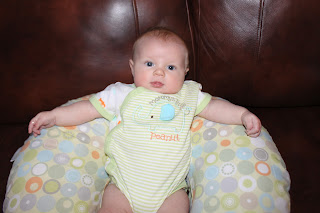 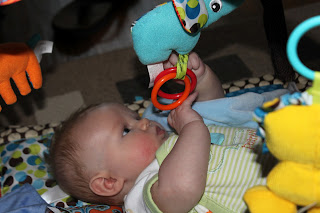 Oh I love these pics...he's adorable! Glad he is adjusting to the bottle and daycare! Babies truly are amazing and so so smart!