On Sunday, Jer and I participated in the Warrior Dash in Forney, TX.  It was a 3.51 mile foot race, complete with outrageous obstacles.  Most of the obstacles involved mud in some way, which meant we were pretty disgusting by the end of it!  Some of the fun challenges were diving over logs in a river, sliding down a mud slide into a creek bed, and jumping over fire.  Lots of people dressed up in ridiculous costumes, which made it even more entertaining.  The event was more than just a race though.  They had a live band, lots of yummy food and beer, a rock heaving contest, and an axe throwing contest.  It was actually a cool little festival, and I'm glad we went.

Before we reached the halfway point of the race, there was a cargo net that we had to conquer.  Jer and I both climbed up one side without incident, and then climbed down the other.  After letting go of the net, there was a short drop onto the ground.  Well, the ground was really uneven and slick, and Jer landed on the side of a small mound and completely twisted his ankle.  It was bad.  He heard a pop and that's never a good sign.  I could tell he was in a lot of pain, but we were nowhere near the finish line.  He decided to try and stick it out, so we had to alternate walking and jogging the rest of the way, depending on his pain level.  His ankle was already starting to swell and show bruising before we even crossed the finish line.  He hobbled around after the race, through the shower area, and over to the medical station.  They wrapped his ankle, so that at least it would stay immobilized long enough for us to make it home.  I took Jer to the doc yesterday and he got an x-ray.  Nothing is broken, but it's possible that he tore a ligament.  We got him a brace and some crutches to help him stay off of it for a few days.  Hopefully it starts to heal quickly and there's no long-term damage!

Despite Jer's injury, the race was still a lot of fun and all the festivities they offered before and after were pretty cool too.  I look forward to doing the race again next year, hopefully with a larger group of people, and hopefully without injury!  Here are some pics from our experience (I'll share more photos once the official ones are released): 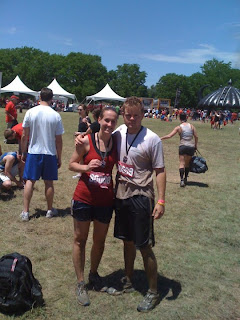 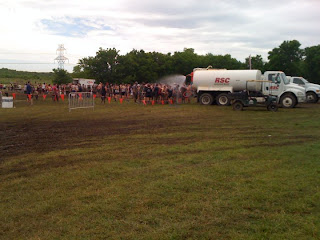 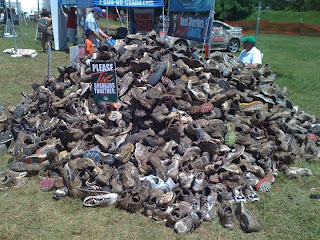 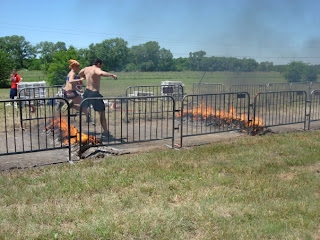 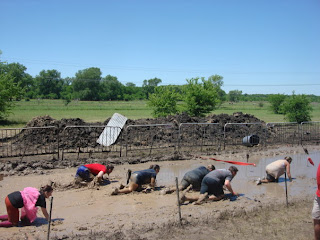