Where It All Began


Today we had the burial for my Oma.  It was an intimate occasion with just close family at the gravesite.  We'll hold a memorial ceremony for her at a later date, when more friends and family will be able to attend.  A close family friend, who is also a pastor, said a few words and we all laid a tulip on her casket.  She was buried next to her son's grave (he passed in 1980 to leukemia). 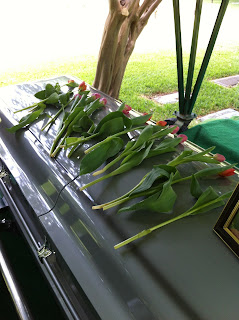 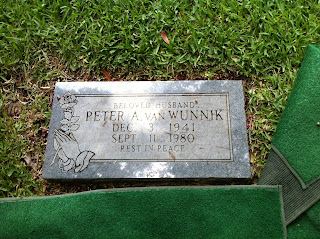 A few years ago, my sister sat down with my Oma to record her on video talking about how she and my Opa met, and their life since then.  She was 90 years old at the time, but was recounting with such clarity events that happened 60 to 70 years prior.  I am so thankful my sister decided to do that, because there are so many things I learned about my Oma and Opa, and how we all ended up where we are today.  What follows is a summary of that conversation.  It's a long read, but it's worth it.

Oma and Opa met at a dance held by the church for young people.  Oma was 18 and Opa was almost 19.  They dated for 3 years and then got married.  They had a family wedding in 1940. 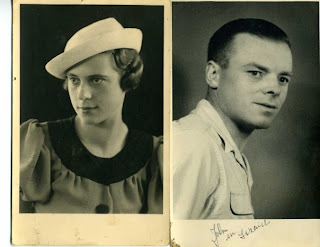 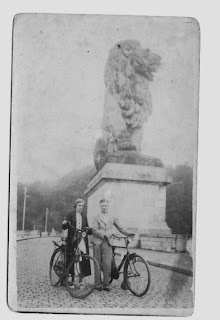 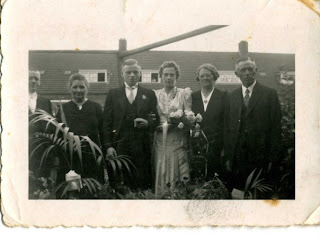 WWII was going on at the time.  Holland was under German occupation, so they had a curfew of 11pm.  After their wedding, they had to "crawl home" to avoid detection.  Holland had been attacked by Germany on May 10.  Oma said she remembered it well because Hitler had said he wouldn't attack Holland, but then later did.  Holland was neutral during WWI and intended to be during this struggle as well.  Hitler promised nonaggression toward Holland, but then violently attacked the country, killing thousands of soldiers and civilians.  Holland fought, but they were unprepared for the attack and ultimately surrendered after just a few days. 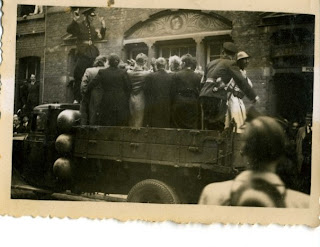 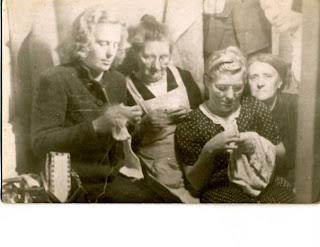 Oma and others in a bomb shelter

Holland was under German occupation for 4 years.  During that time, food was rationed. Oma and Opa got a certain number of stamps to use for food, and that was all they could get.  They were allotted one little piece of meat per week, and evidently coffee was scarce.  During this time, Dutch farmers were supposed to give all their food to the Germans, who were in charge of the rationing.  Some Dutch farmers would keep back some of their crops to trade to Dutch non-farmers on the black market.  In return for food, people would give up linens, dishes, etc.  Oma had a cedar chest filled with things, and she ended up giving away most of her nice stuff so she could get some eggs or meat.  Her family lamented she was giving everything away, but she said that once the war ended, they could always get more dishes.  Food right then was a necessity!

The Germans took residents of Holland to work in their factories.  Oma said she thought they were selecting anyone who wasn't performing an essential function in Holland to go to Germany.  Opa's family was friends with the family of the President of the company where he worked, and since Opa had two young children at the time (Pete born in 1941 and Lou in 1943), the President put Opa into a "vital" role at the factory to help ensure he wouldn't be selected.  He worked as a fire captain in the factory, working night shifts to watch out for accidents. 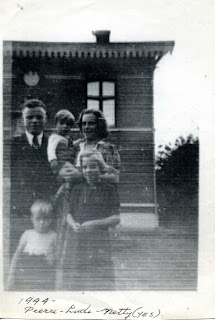 Oma and Opa with Pete and Lou, and another relative, 1944

The Germans confiscated bikes from residents, and cars if they had them, though at that time very few people had cars.  The ceramics factory where Opa worked had large molds, so Opa and another man hid the President's car behind and under a bunch of molds so it wouldn't be discovered and confiscated.  He was able to keep his car through the whole occupation because of their smart thinking!  Radios also weren't allowed, so Opa hid a transistor radio in a large cigar box.  He kept it hidden in the chimney and pulled it out at night to listen to British radio.  The Germans didn't want the Dutch citizens knowing what was going on with the war, or where the Americans were, but Opa received updates through his illegal radio.  He only shared the news with people who could keep it private, because he knew his life was in jeopardy if anyone found out.  Even as the Americans were first coming in to liberate parts of Holland, the Dutch people weren't sure they were being liberated, so they were fearful.  Opa wanted to see if the Americans were really there, so he ventured out a few blocks and saw the American tanks driving through the streets.  He said the soldiers were waving at him, and one beckoned for him to come near.  When he went over, the American soldier handed Opa two packages of instant coffee and a couple of cigarettes.  Opa went home elated, and told his family that the Americans were there, and he had proof! 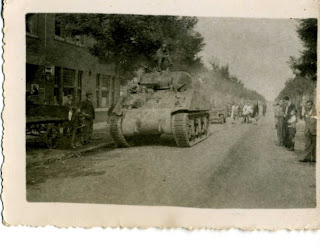 Maastricht (my dad's hometown) was liberated by Americans in September 1944, but the rest of Holland wasn't free until 1945 when the war ended.  This is how our family got to be friends with American soldiers, because during this time they were stationed alongside them.  Opa spoke English, so he could converse with them.  He befriended two in particular, Henry Krueger and Frank Rosen.  When the two soldiers returned to America, Opa continued to correspond with them.

After the war, Opa played semi-pro soccer for MVV.  He didn't get paid for it, so he continued to work as well.  An employment opportunity arose in Israel, so Opa quit playing for MVV and moved there for 5 months while Oma and the boys stayed home (3 boys now, as my Dad was born in 1951).  When the company in Israel needed a 2 year commitment, Opa packed up Oma and the boys and they all moved there from 1953-1955.  One notable story from this time was when Oma looked out the window to see my Dad playing with three other kids.  None of them spoke the same language, yet they found a way to communicate and play with each other. 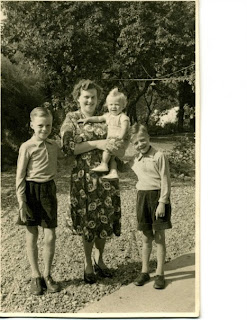 While in Israel, Opa received a phone call from America.  They didn't have a phone in their house, so they were given a message telling them about the call, and then they had to go to the post office to take it.  The call was from one of the American soldiers he had befriended, Krueger.  He said that he knew Opa had always wanted to come to America, so why not now?  He told Opa that he knew a Senator in Kansas who would help with everything.  Opa went to the Embassy in Tel Aviv to start making the plans.

The family came to America in the fall of 1955.  They traveled by boat for 11 days and arrived in New York with hardly any possessions.  To be allowed entry into America, my Opa had to have a job, so Krueger set him up with one at a pottery place.  Over the next few years, work took him to Kansas, Ohio, and eventually Texas. 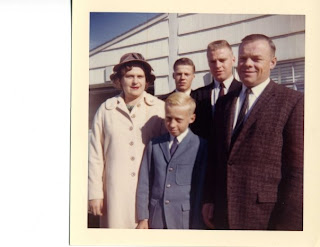 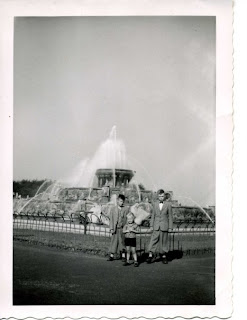 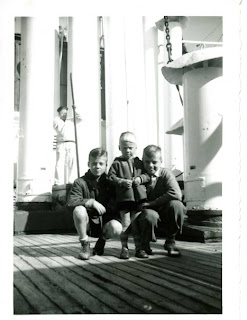 What's amazing to me is that this is only about half their life story!  They were married for more than 60 years before my Opa passed away in 2001.  I'm so grateful that I know these details about their life before I met them, and I'm also very grateful that I had them in my life for so many years.  It's sad to close this chapter on my family's history, though.  The two people directly responsible for my family name existing in America are no longer here. I think I'll consider myself lucky if my life story is even half as amazing as theirs is.

Such a neat story, Janet! Thank you for sharing. You're in my thoughts!

that is such an awesome family story! And to know it all in such detail! so cool. what an amazing family history.

What an amazing story and so true.You write wonderfully about her life and the things she and her family have been through. I recognize the things she told because they are the same as my mother told us. Even the photo's match the ones we have: typically Dutch! And so nice to see that your uncles name was Pierre, which is a well known name here in Limburg. I'm curious to find out the names of the other two boys, your father and uncle.
We wish you and the rest of the van Wunnik family a lot of strength to get through these difficult times.
Renée & Huub