Well, our journey has come to an end.  Our hosting experience was amazing, and we are so glad we did it.  To celebrate Kim's time in America, we planned a fun-filled weekend for her and the friends she's made along the way.  Even though it was long overdue, I took Kim to downtown Dallas for a little sight-seeing.  We went to the sky lobby of the Chase building and had a really neat view of the city. 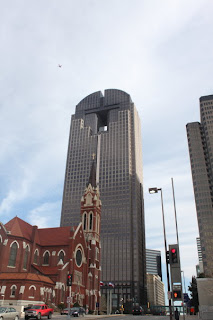 We walked around and visited some of the other skyscrapers, then made our way over to Dealey Plaza.  We saw the 6th Floor Museum and the JFK Memorial.

We met up with Jer for dinner at Five Sixty, the restaurant at the top of Reunion Tower.  The food and the view were spectacular!  It's really hard to take pictures from up there, so you'll have to take my word for it! 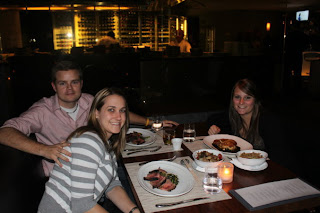 On Saturday night we held a going away party for Kim.  We covered the entire house in German-inspired decorations and served some of her favorite American foods.  I had printed out every picture of our fun adventures taken over the past 6 months and had them scattered throughout the house for people to view and for us to reminisce about.  Everyone that attended the party was asked to get their picture taken and write a message for Kim to go in a memory book.  I contacted those that weren't able to attend and had them send something to me separately to include.  The finished product turned out wonderfully!  Everyone had a great time, but it was a bittersweet moment for Kim to realize she wouldn't be seeing some of those people ever again.

On Sunday we got a group together to play Whirlyball.  It was a blast, as usual, and Kim even scored a goal! 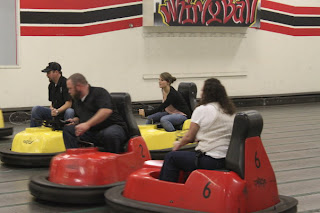 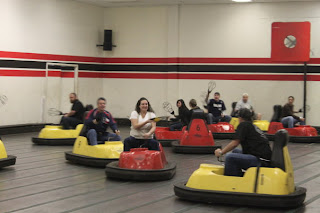 Once the weekend's festivities came to an end, we knew we only had a couple days left with Kim.  I took her for one last trip to Rosa's Cafe for delicious tortillas and queso, and then to ColdStone for her last American dessert.  My sister Jo and I also took her for a pedicure (her first one ever!), and let her spend as much time as possible with Jo's daughter, Olivia.  Kim and Livy formed a special bond in her time here, and it's really cool that she got to witness 6 formidable months in Livy's life.  My sister will attest to the fact that Livy wakes up some mornings and says, "Mama?  Dada?  Kim?"  Too cute.  Thursday's trip to the airport was a sad experience.  We were so sad to see her go, but knew her family and friends in Germany would be overjoyed at her return.  We feel very lucky to have welcomed such an amazing person into our home for 6 months and are excited at the life-long friendship that is sure to be ahead of us.  Cheers, Kim!  We love you! 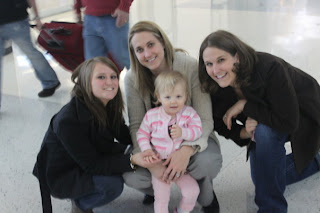 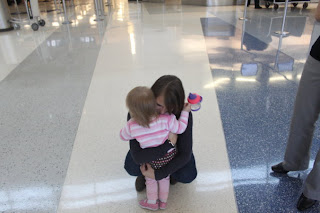 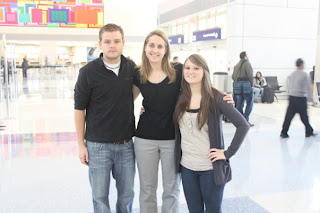 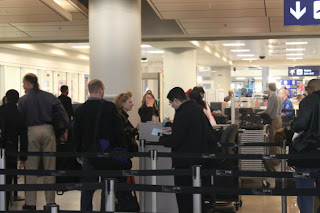