This year we were lucky enough to check another item off the bucket list. A huge group of us traveled to Munich, Germany for Oktoberfest and it was an unforgettable experience! There were 16 of us in total, most coming from the United States, but 2 coming from the Netherlands. We all arrived in Munich on a Monday and stayed at Hotel Marc Munchen because it was close to the festival grounds. The first night's dinner was at Steinheil 16, where I think we took up the majority of the restaurant! We left an American-sized tip on our large bill, so the waiter brought out free Jager shots to show his appreciation. Ha! 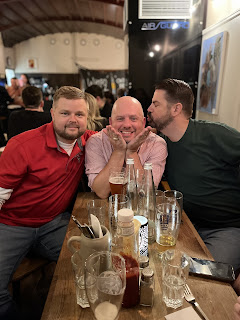 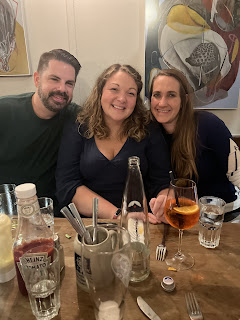 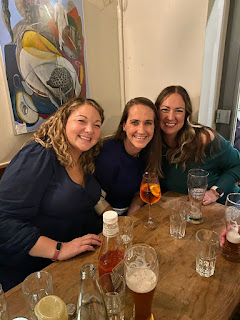 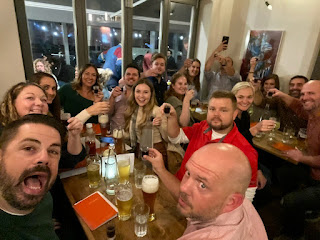 Dinner with friends is fun, but dinner with a ton of your friends, on vacation in Germany, is even more fun! After dinner we headed to Boilerman Bar, where we ended up taking over the piano and singing some Elton John and Billy Joel for the rest of the patrons. Americans...we're an entitled bunch, aren't we?? 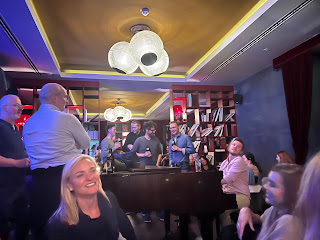 Tuesday was our first day at Oktoberfest and the weather started out beautifully. We posed for a lot of pictures to capture the moment, since all 16 of us were dressed in traditional Bavarian costumes! 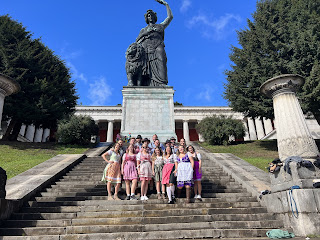 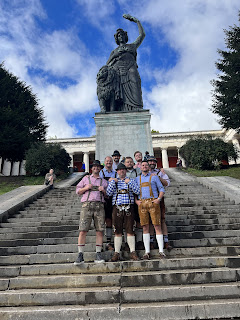 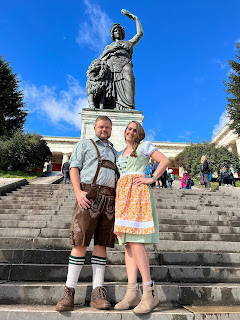 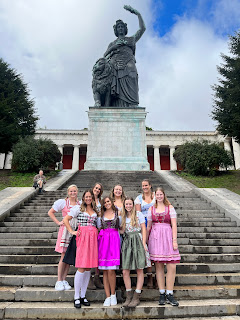 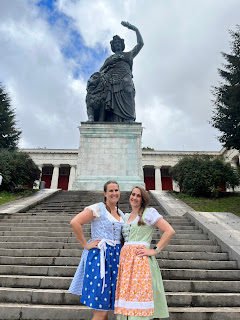 We had tent reservations at Schutzen-Festzelt for lunchtime. "Tent" is a misleading word because they're actually very large, fully-enclosed buildings with everything you need to enjoy yourselves. 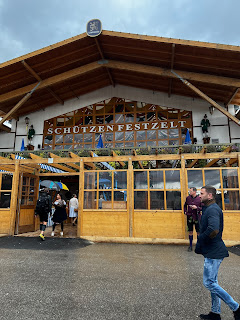 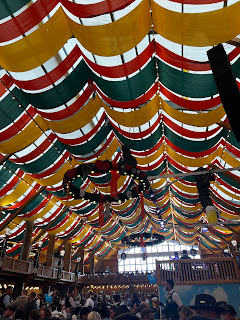 The reservation came with dedicated seating for all of us, a meal, and 2 beers each. The first couple hours of our time block were spent eating and drinking in a relatively calm environment. As the hours passed, and the tent filled up and people consumed more alcohol, the band started playing more upbeat songs and the crowd got into it! We stood on our benches, danced and sang, and that's when it felt like the Oktoberfest you'd imagine. 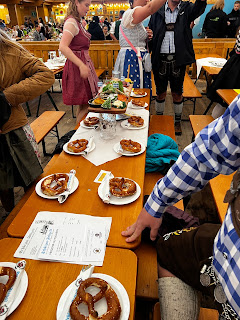 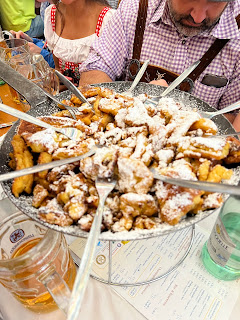 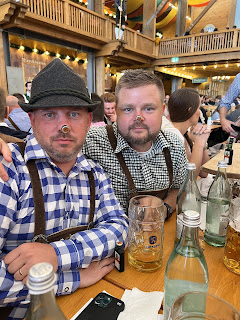 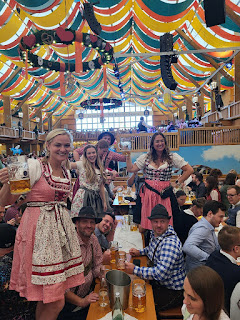 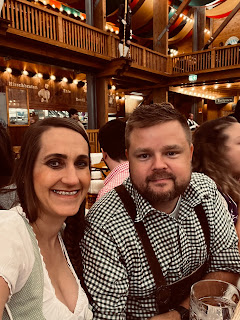 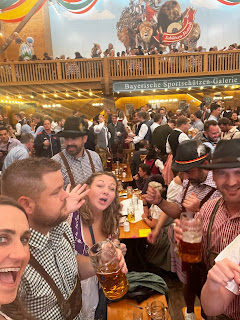 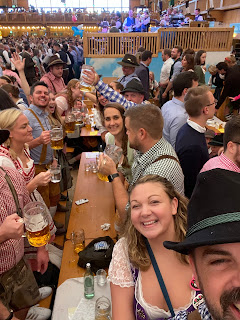 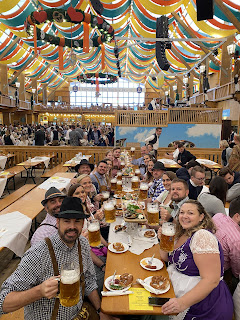 After 4 hours, they kicked everyone out, so we walked around the festival grounds. It reminded me of our State Fair here in Texas. There were carnival rides, games, souvenir shops, snacks, etc. There are also tons of other tents, so we decided to check out the famous Hofbrau one. We didn't have reservations, so we had to find room wherever we could fit and it was standing room only. It was packed and definitely high energy! 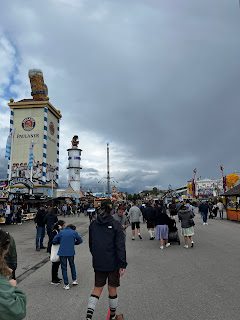 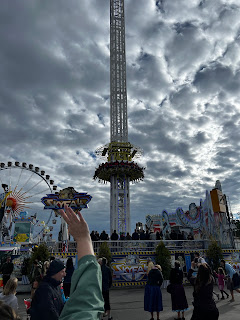 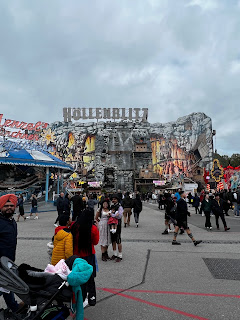 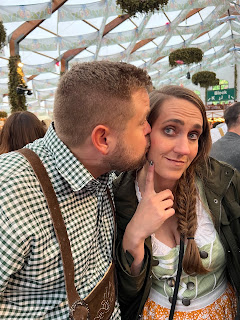 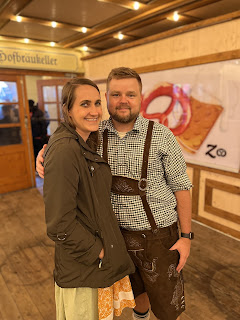 By that time, the weather had taken a turn for the worse, so we decided to leave the grounds and look for a dinner option. A few of us ended up at Munchner Stubn, which was right around the corner from our hotel. (We actually ate there 3 times during our entire stay in Munich!). It had been a long day, so we called it a night after that.
The next (dreary) day in Munich was spent doing some sight-seeing and shopping around the Marienplatz, where we saw a performance by the Glockenspiel. The whole group had lunch at Ratskeller before we split off so some could go back to Oktoberfest, some left to return to the Netherlands, and some returned to the hotel to rest and regroup. That night, a few of us went to dinner at La Burrita because we were craving comfort Mexican food! You never know what to expect when you try to eat Mexican food in Western Europe, but we were pleasantly surprised by how good the food and drinks were. We ended the night back at Munchner Stubn for dessert and were entertained by some of the restaurant patrons thinking they were still at Oktoberfest and trying to get everyone to join them in song.
The next morning we had a flight to Dublin, where we spent one more night before returning to the US. This trip was definitely one we'll never forget. Being able to share this experience with so many of our friends was priceless. Auf Wiedersehen, Germany! I'll be back soon.
Posted by vanweezy at 4:57 PM