Meezy and I took a quick trip to Arizona to see the sights and attend an NFL game. His favorite team is the 49ers, so this is our third time traveling around the country to see them in action. We started the trip with a visit to the Grand Canyon. We stayed at Yavapai Lodge East on the South Rim. It's no Four Seasons, but the location can't be beat. When we checked in, we were the only dummies wearing short sleeves and flip flops. We did not anticipate the temperature change! After putting on more appropriate attire, we were able to walk a trail along the South Rim just after sunset and enjoy the incredible views. After getting our exercise in, we drove a little ways to the Grand Canyon Village to get dinner at Plaza Bonita. The next morning, we were up by 6:30 and headed to the South Rim again to see the sun rising over the canyon. I walked a couple miles and Meezy ran a few in sub 40 degrees. 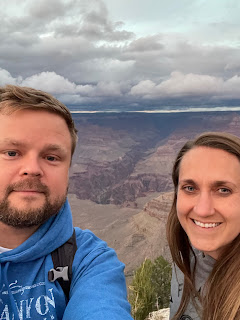 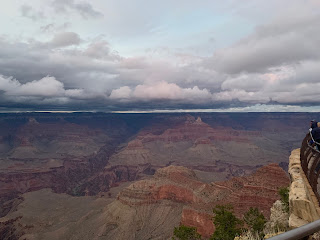 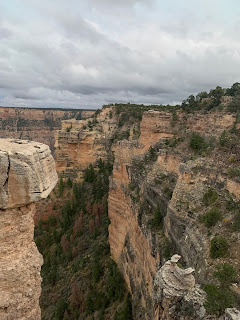 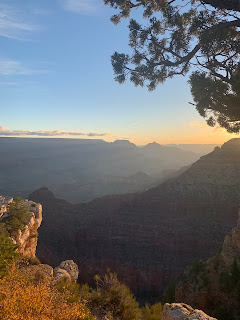 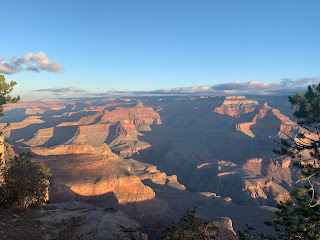 After that, we left the Grand Canyon and headed toward Sedona, stopping along the way at Foodie Club for breakfast. Since it was Saturday, the trails and shops were packed when we arrived in Sedona. We had originally planned to hike, but since it was so crowded, we decided to just check out the Chapel of the Holy Cross. It's built atop the red rocks and has great views. While you're up there, you can't miss the incredible estate owned by the person who invented the laser scalpel used during LASIK procedures. 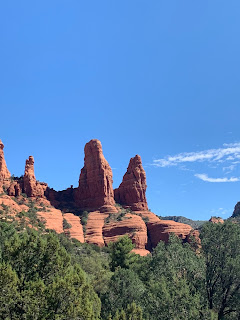 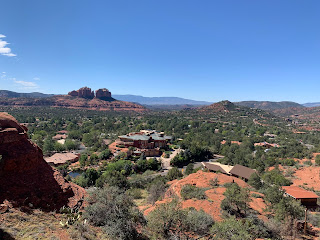 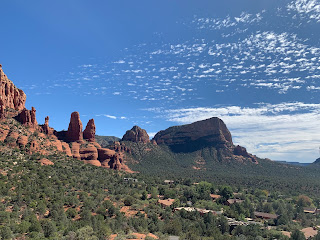 The weather was fantastic, with clear skies and comfortable temps. If we hadn't come on a holiday weekend, I definitely would have wanted to spend more time in Sedona. From there we headed south to Phoenix. Our home for the next two nights was Renaissance Phoenix/Glendale Hotel & Spa. We chose this hotel because it was right across the street from the stadium. While in the lobby, I mentioned to Meezy that it looked like people were asking to take pictures with someone. We walked a little closer and he goes, "That's Frank Gore!" Being a life-long fan, Meezy had no problem recognizing a former 49ers player. That was a fun sighting! After getting settled in and eating, I headed over to the nearby outlet mall to look for some souvenirs for the kids. Can't come home empty-handed!
The next morning, we met up with our friends, Tory and Sam, who live in the Phoenix area. They had tickets to the game as well, so we grabbed brunch and then headed to the stadium. Our seats were fantastic! They were lower level on the 49ers side and we were surrounded by a bunch of other 49ers fans. Sam wore her Cardinals shirt though, so we had a friendly rivalry going. 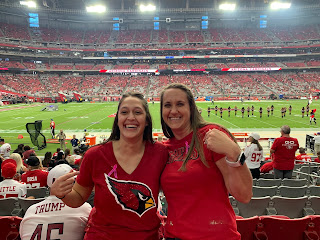 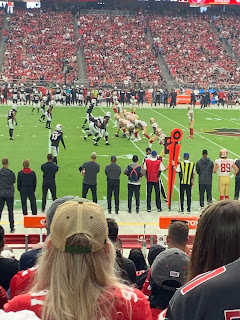 The game ended up being pretty exciting, even though the 49ers lost. It's always fun to watch a game in person and feel the excitement around you. It was also cool to visit a stadium we hadn't been to before. After the game we had dinner and drinks with our friends and told stories and laughed for a couple hours. That was our last night in AZ and it was a good way to end the trip!
Posted by vanweezy at 5:37 PM