We were supposed to be in Europe on a huge family trip this June, but due to the restrictions still in place because of COVID, we cancelled that trip and instead chose something closer to home. We booked a flight into Denver and rented a car to drive to our ultimate destination, Breckenridge. Our flight departed super early on a Saturday morning, or should I say it was supposed to depart super early. We ended up sitting on the plane for about 3.5 hours while they waited for a fueler to arrive to "balance the fuel". It was such a beatdown. Thank goodness our kids are old enough to be entertained by Ipads, so they weren't bothered by the delay. The adults on the other hand were going mad (myself included). We were going to take the kids to a museum before starting our drive to Breckenridge, but the delay took that activity off the schedule. When we got to Denver, we took a shuttle to the rental car area and OMG the line was crazy. 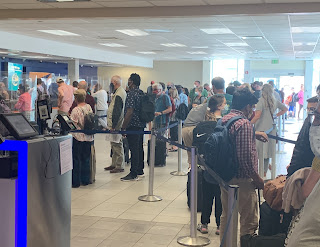 Thank goodness there were lots of employees on hand, so it didn't take a ridiculously long time. But, after we got our car, we realized we forgot to bring a booster seat for Jude. DOH! That meant our first stop was to Walmart to buy one. After that, we ate at a good vegan restaurant, Watercourse Foods, and then headed to Breckenridge. The house we rented was pretty sweet. My sister and her kids joined us on the trip, so we wanted a place large enough for all of us and that included access to a pool and hot tub. The balcony and views were a bonus. 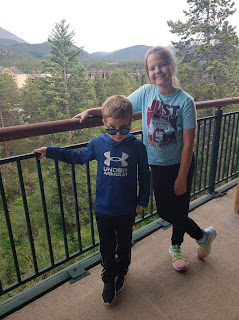 Within short walking distance of our house was a wooded area with a nice stream. We did some hiking and took pictures and paid tribute to our friend Brandon who passed away last year. It was so nice to get outside and exercise and not be miserable from the usual high temperature and humidity of Dallas! The altitude definitely made us winded more quickly though. 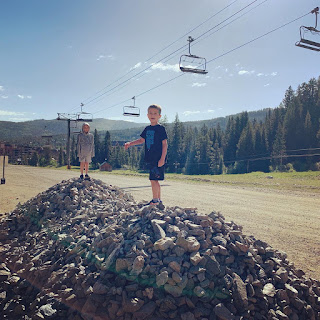 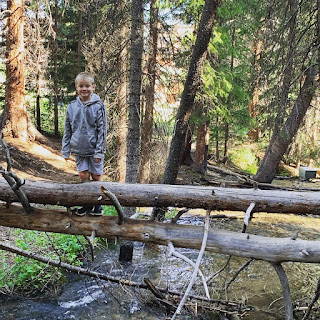 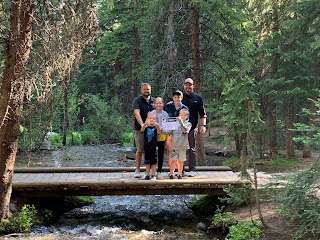 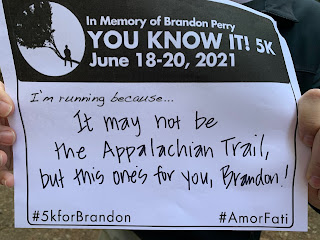 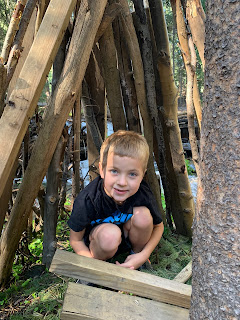 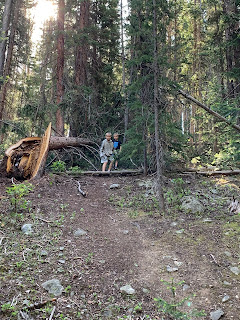 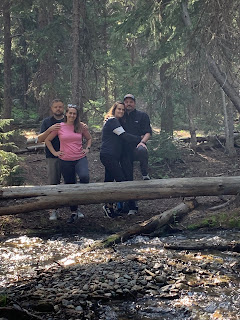 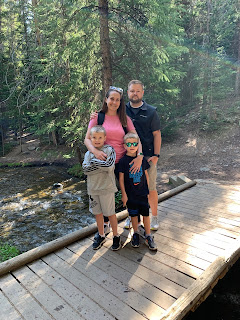 Our scheduled activity for the second day in Breckenridge was a visit to the Country Boy Mine. We set up a treasure hunt and gold panning session. The treasure hunt was pretty cool. It worked well for the ages of kids we had in our group (6-12) and even had some things the parents could help with. The gold panning was a hit and the kids loved the challenge of trying to find gold. There was also a tall slide there, which is always going to be a crowd favorite. 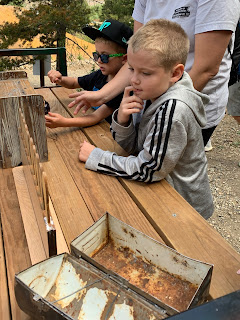 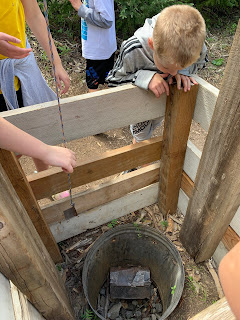 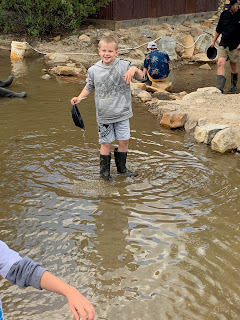 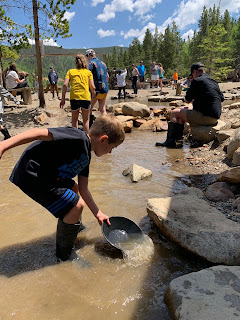 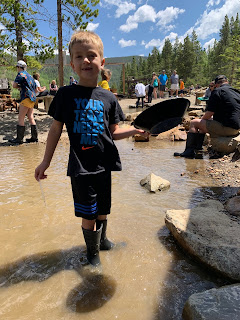 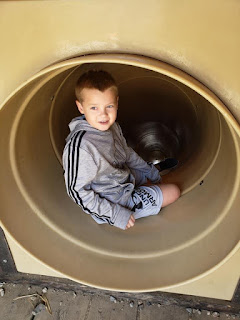 Our house was within walking distance to restaurants, shops, and other places to explore, so we took every chance we got to see what the city offered. We also made a couple trips to the pool, of course. 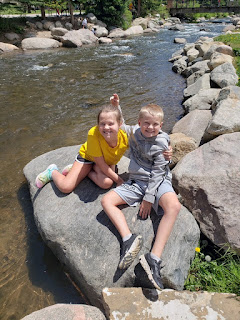 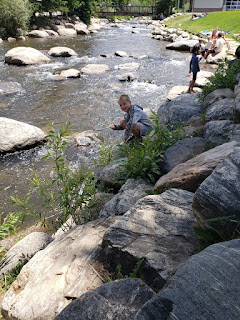 Our main activity for the third day of the trip was a visit to Epic Discovery. We were all looking forward to this! It started with a gondola ride to the adventure park, followed by unlimited mini golf, alpine slide, goldrunner coaster, and the kids zone activities (bungee trampoline, ropes course, zipline). Unfortunately a few of the other activities had not been placed back in service yet, and those were the ones the adults would have enjoyed. Whomp, whomp. So, we didn't get much for the cost of our tickets, but the kids had a great time. 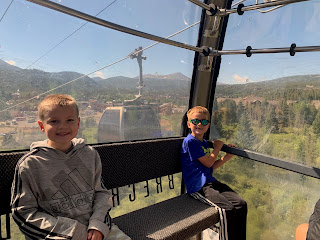 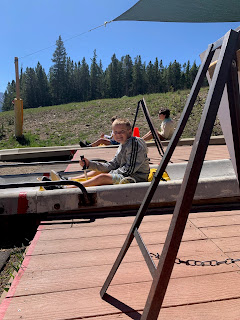 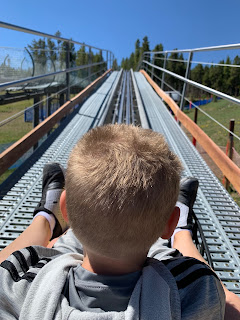 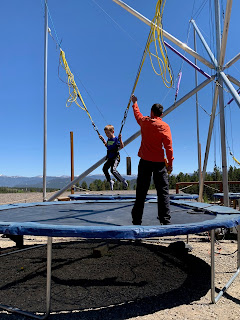 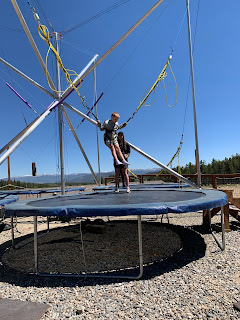 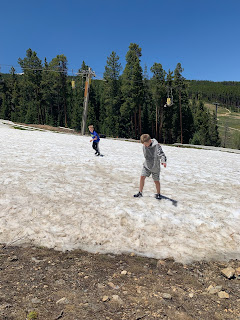 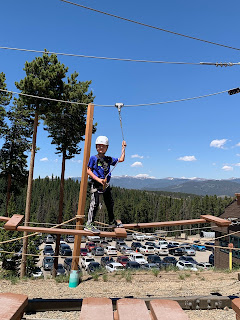 It was time to head home on the fourth day, but our flight wasn't until later in the day, so we stopped at a cool playground and then took the kids to Boondocks, which has an arcade and some other fun attractions. Dutch loved the ropes course and impressed us with his bravery on the zip line and spinning barrel. 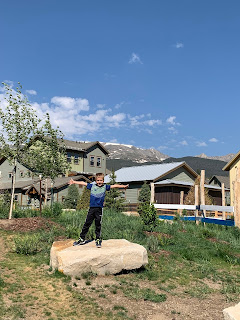 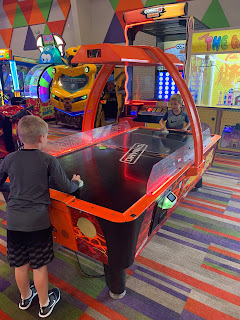 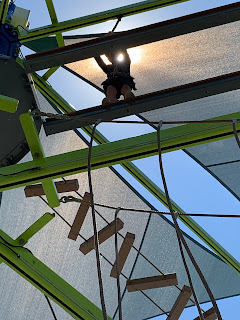 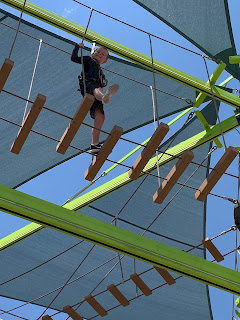 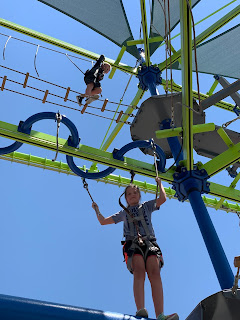 The weather was gorgeous while we were there and I loved how much time we were able to spend comfortably outdoors. I'd definitely make another visit to Colorado in the future and recommend Breckenridge for families.
Posted by vanweezy at 11:16 PM