Our second day in NYC was one I had been looking forward to for quite a long time. First on the agenda was a visit to the Statue of Liberty, followed by the Ellis Island Immigration Museum. Our group of 6 took the subway to Battery Park, where we boarded a ferry to Liberty Island. The weather was perfect and the views were breathtaking and I was lucky enough to be able to capture it in a few photos. 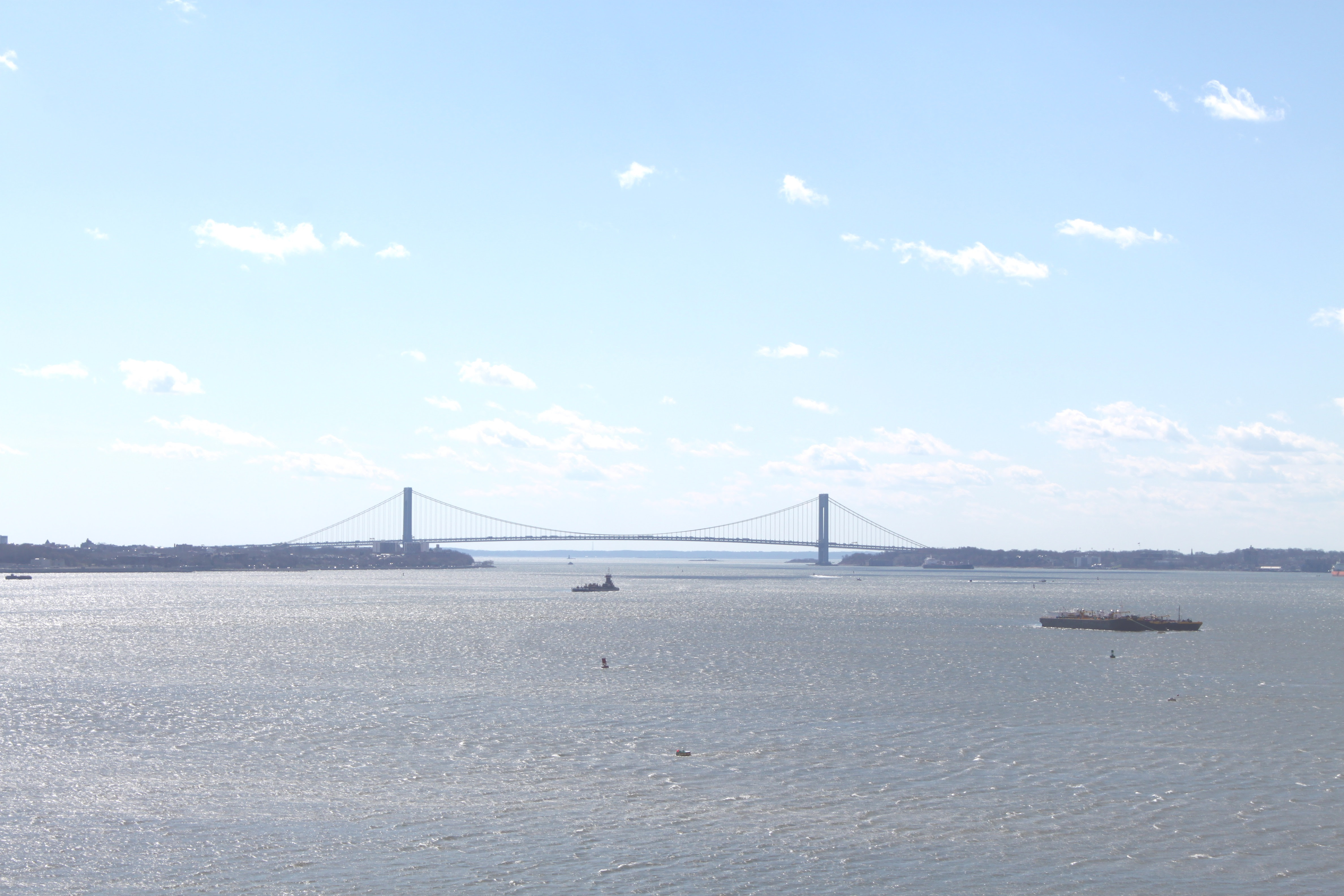 When we got to Liberty Island, we picked up an audio tour to learn a little more about the statue's history. We had tickets for pedestal access, which means we got to climb up to the area right below where the statue actually starts. After we finished our tour of Lady Liberty, it was time to hop back on the ferry and make our way to Ellis Island. This is the moment I had been waiting for! My grandparents immigrated to America in 1955 with their 3 sons (one of them being my dad). They packed everything they could manage in a few suitcases and took an 11-day journey on a ship from Rotterdam, Holland to the Port of New York. They left their friends and family members and home behind and started their American dream. While they didn't actually pass through Ellis Island because it closed in 1954, this was the closest I could get to learning what their journey was like, what processes they encountered when they got here, and what they saw when they disembarked their ship. It was surreal. 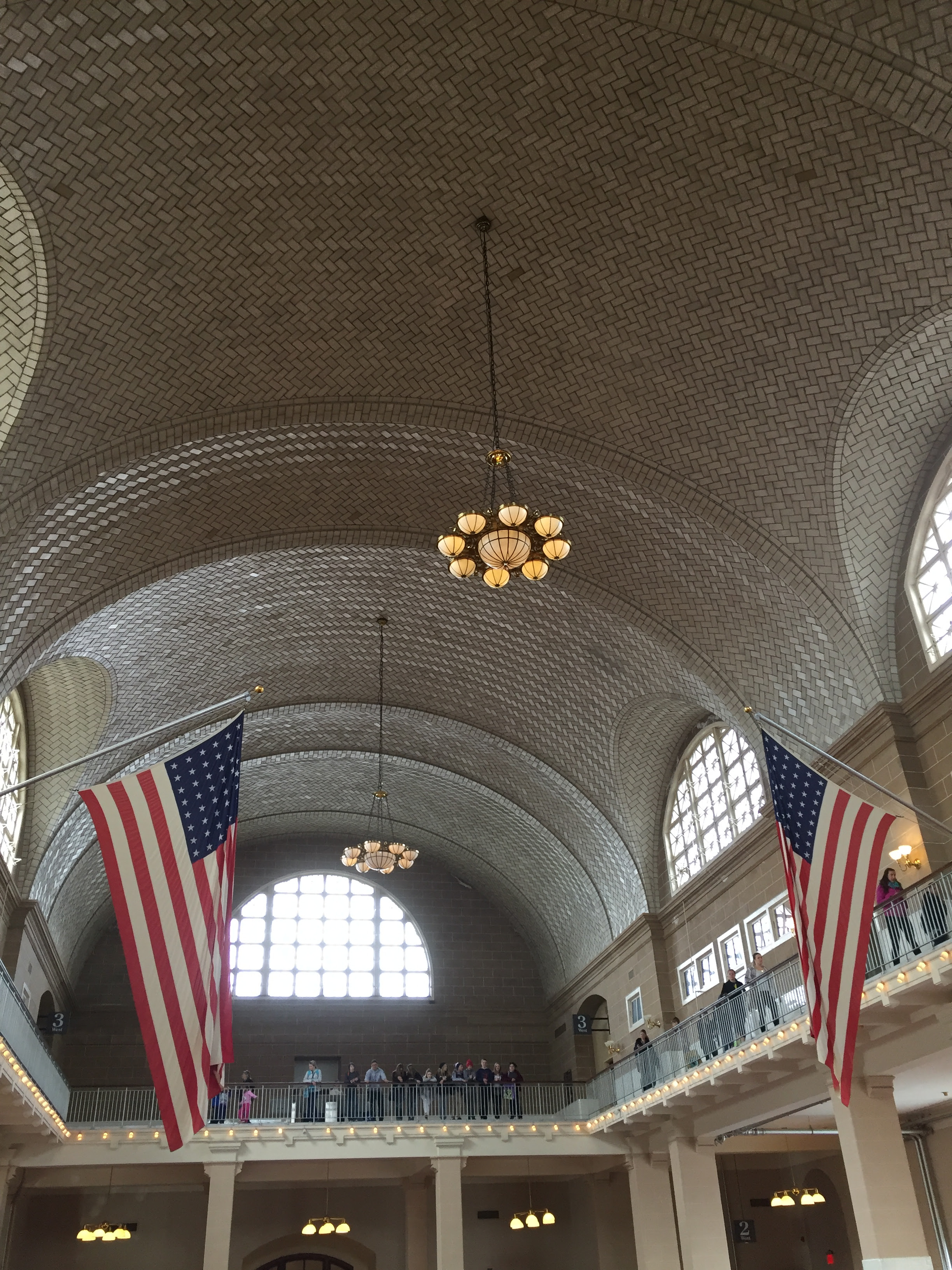 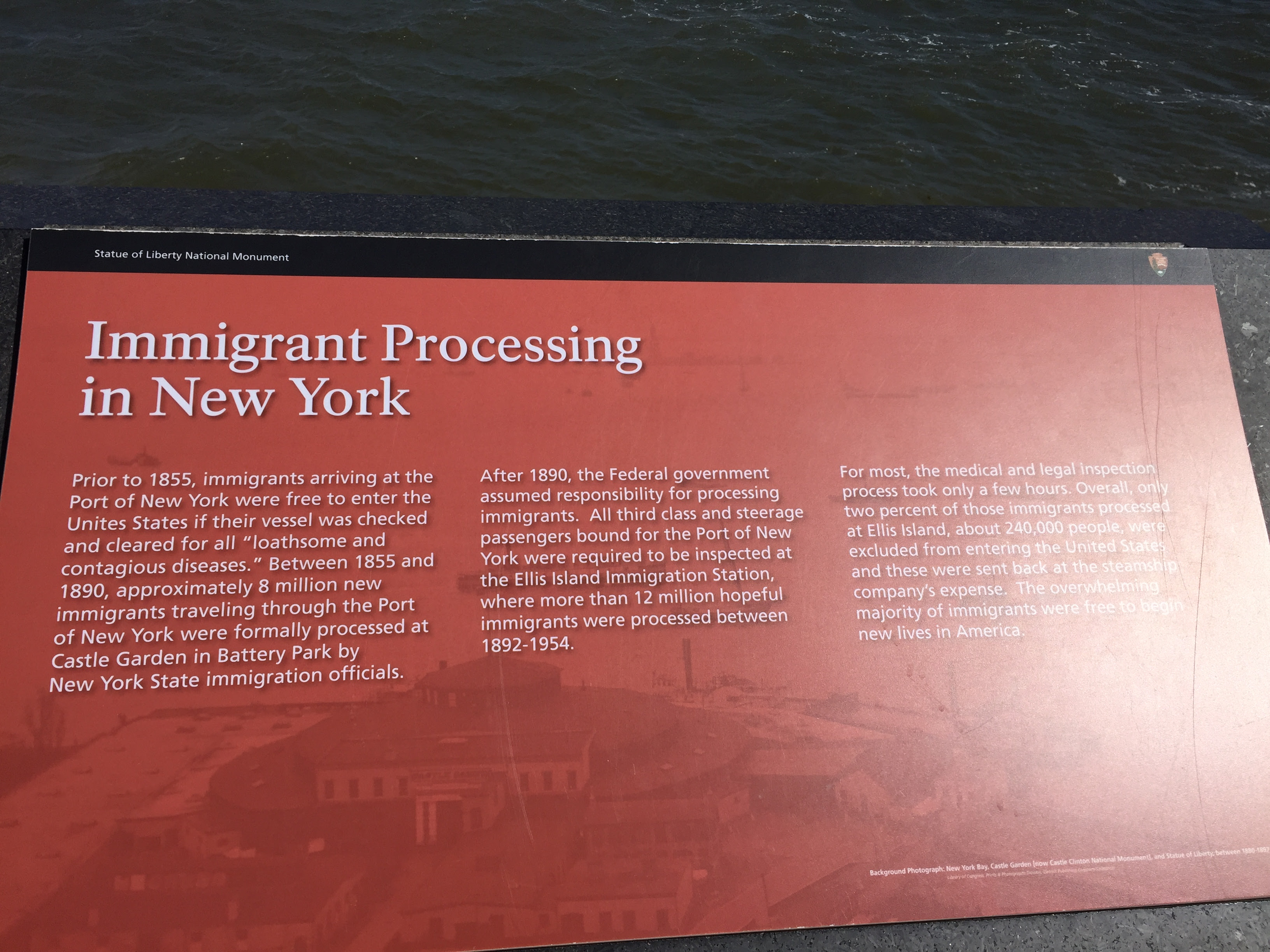 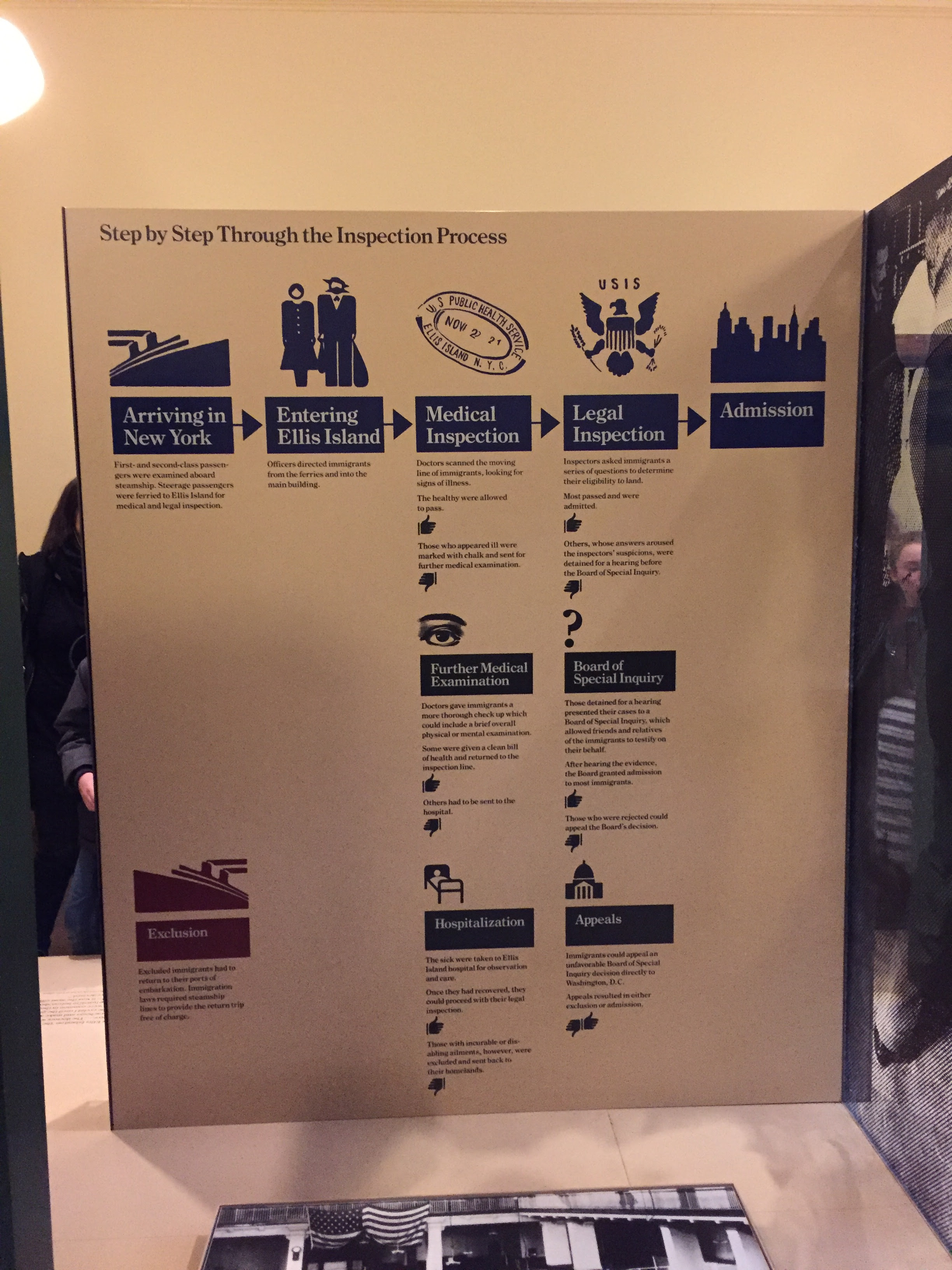 I had already previously obtained the ship manifest from my family's journey, so I brought it with me to compare to what was on display at Ellis Island. It was similar to what was shown there and made me feel that much closer to my grandparents and uncles. Of the 5 family members shown on the manifest (lines 7 through 11), only my father is still living. 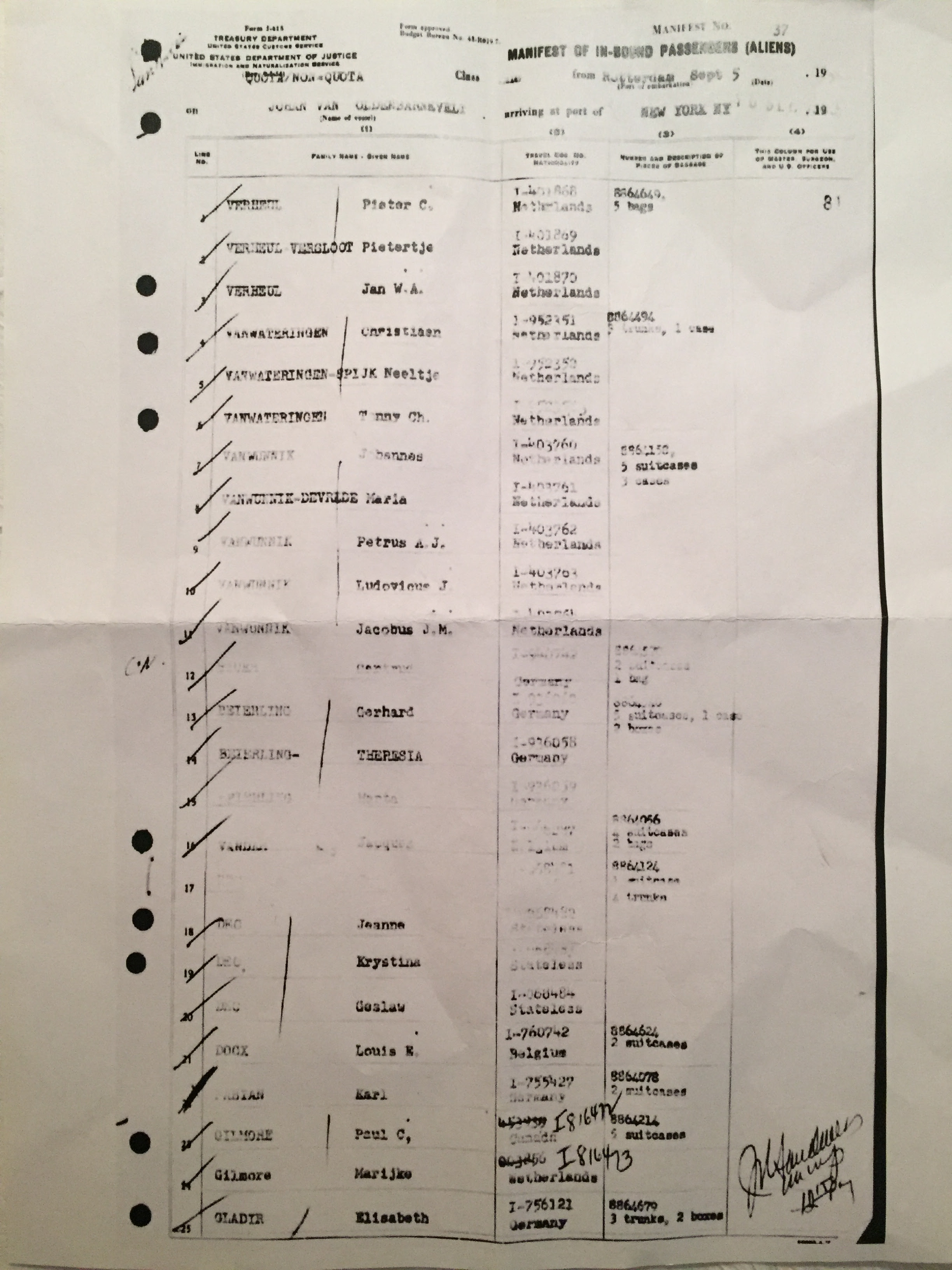 If you're a regular reader of my blog, you're probably tired of hearing about my Dutch heritage. I get it. But, try to imagine what it was like for these 5 people to be willing to leave their lives behind and start over in a foreign country. They knew so few people here, and were used to a different culture and language, but they took the leap. I've never gotten the chance to meet any of the relatives on my dad's side who still live in Holland. That family name is nearly nonexistent in America now, and the lineage (by name) will only continue here through my dad's nephews. You can see why it's so important to me to retain the memories and identity of my ancestors, because the name will soon be forgotten.

After finishing our visit to Ellis Island, we ate dinner at a pizzeria near Times Square called Bella Vita. It's a small restaurant with limited seating, especially for a large group, but they fit us in and we had a great meal. The pizzas were huge and fresh and hit the spot. Although we were quite tired from our busy day, we stopped by Grand Central Terminal because a few in our group hadn't seen it before. We checked out the shops and perused Grand Central Market. The food at the market looked so delicious and I knew I would be a regular there if I lived in that part of NYC.  On the way back to our hotel, I got the urge to visit Shake Shack. It had been recommended by a friend and I didn't think there would be another opportunity to partake in it before we left NYC. The line was pretty long, but luckily they had a "cold only" line that had no one in it. We got a couple concretes and were quickly on our way. After spending a couple hours in our hotel relaxing, playing games, and catching up on March Madness, we decided to make a late night visit to The Counter. We got our snacks to-go and were surprised that the place was still very busy at 11pm. New York really has no curfew!

Normally I'd feel bad about all the food I consumed in that day, but my watch informed me that I had indeed earned it after walking 18,332 steps and covering 8.69 miles. Whew!
Posted by vanweezy at 6:01 PM