Halfway to the Grand Slam

If you're not a tennis buff, let me explain the title.  Winning the four major tournaments in tennis (Wimbledon, US Open, French Open, Australian Open) is considered completing the Grand Slam.  Last weekend I was able to make it halfway through the spectator's version of the Grand Slam!  I traveled to New York to watch the US Open. (I went to Wimbledon last year, hence the halfway there status).  This was my first visit to NY, and I was SO excited that it included the chance to see some of my favorite tennis players.  If you want to watch the big matches, you have to buy your tickets way ahead of time, and even then, you're not assured of who you're going to get to see.  Upsets happen, players withdraw, the weather doesn't always cooperate, and sometimes they move the players around on the courts and adjust their start times depending on what works best for the TV broadcast schedule.  The highest seeded players and/or fan favorites are usually scheduled for Center Court or Court 2, and they can either play during the day session or the night session.  When I bought our tickets, I just guessed and chose Center Court day session for both Saturday and Sunday.  The day session included three matches, so I figured that would increase our chances of seeing a top player.  The schedule for the court/session isn't released until the day before the matches, so I was on pins and needles right up until we actually got to NY!  More on that in a moment.

On our first night in NY, we saw The Book of Mormon at the Eugene O'Neill Theater.  We had pretty good seats, and the theater wasn't as big as we expected it to be, so I kinda feel like everyone had a good seat!  Here's our vantage point: 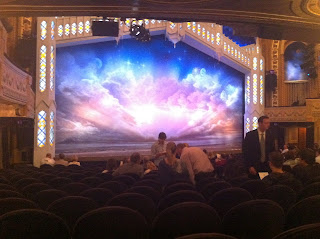 The musical was everything we expected it to be: hilarious, irreverent, sarcastic, and fun.  If you can't take criticism or allow yourself to be poked fun at, then this show probably isn't for you!  It uses Mormons in its examples, but obviously there's a more widespread message being delivered.  Its theme is that religious stories/beliefs can be rigid and silly, but taking them metaphorically and not literally can bring about enormous good.  In other words, lighten up!  Here's a clip from the 2011 Tony Awards where one of the songs was performed:

Did I mention it won 9 Tony awards??  I'm glad we went and I think we chose the right show since we only had time for one while we were in NYC.

Day Two in NYC was mostly spent at the US Open.  The day session started at 11am, so we got there a little before 10 to check out the grounds and make sure we didn't miss a moment of the matches we paid for.  I was pretty excited to see that the schedule included the world #1 Caroline Wozniacki, Roger Federer, and Serena Williams.  Those are some big-name players, and it was crazy that we would get to see all of them play in the same day.  We found our seats and we were pretty happy with the view. 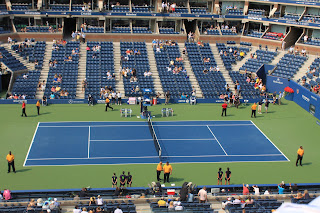 Here are some other pics from our first day at the Open: 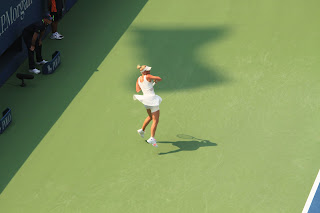 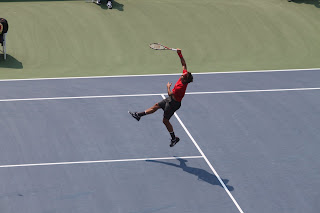 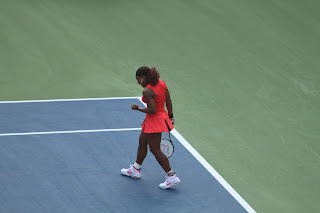 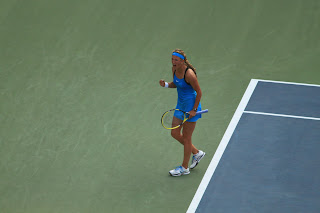 We were able to get some sight-seeing in too: 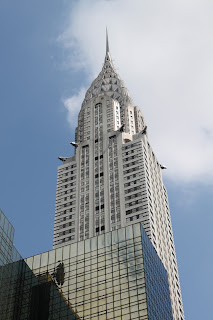 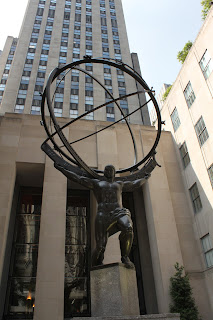 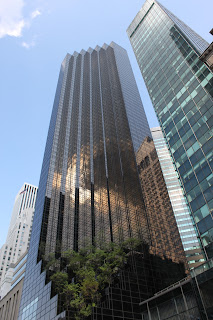 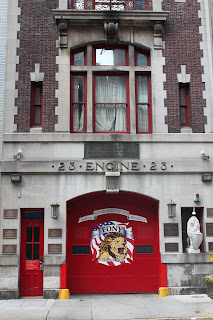 The schedule for Sunday's matches came out on Saturday afternoon, and I almost peed my pants when I saw who we'd be watching...Andy Roddick!!  I'd like to say he's one of my favorite players solely because of his tennis ability, but let's be honest.  He's easy on the eyes too!  Haha.  There's more to it than that, but it's one of the factors!  I always cheer for Roddick because he's around my age, he's American, he's fiery, he's got a great serve, and lots of times he's the underdog.  Kim Clijsters was first on my list of players I wanted to see at the Open, but since she withdrew, Roddick was next.  I'm glad it worked out that I got to see him, along with Nadal, on the second day.  Here are pics from that session: 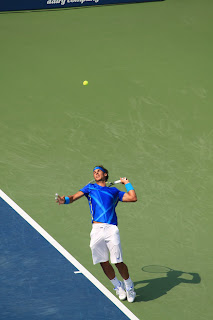 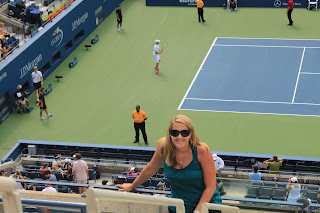 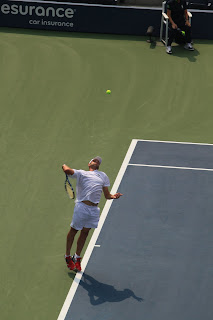 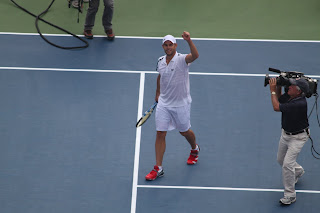 On Sunday afternoon we went to Rockefeller Center so we could go up to Top of the Rock for views of the whole city.  Unfortunately it was foggy, so we didn't get super clear views, but we still got some good shots. 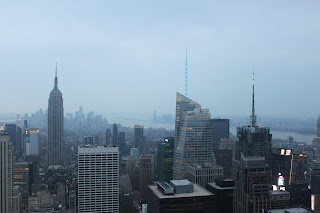 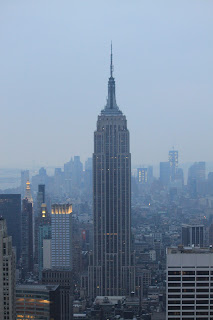 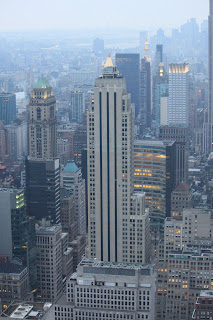 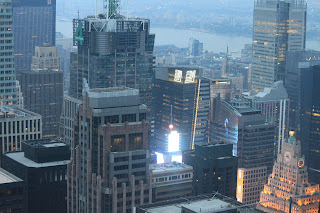 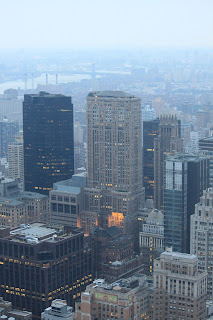 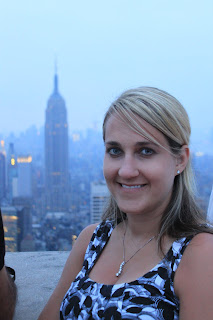 After that we headed to the 9/11 site to look at the new buildings being erected in place of the former Twin Towers.  The visitor's center doesn't open until 9/12 this year, so we weren't able to view the actual memorial, but the new towers were pretty impressive. 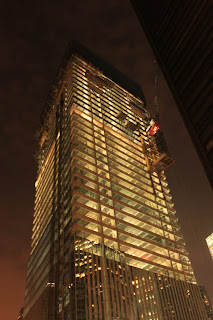 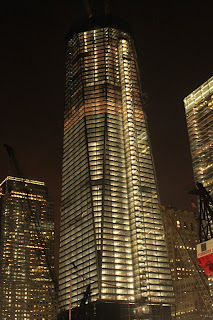 From there we went to Mesa Grill, a Bobby Flay restaurant.  The food was definitely delicious, but of course the prices were high, and the service was slow.  Considering there are so many eating choices in New York, I would definitely try something else if we ever go back.

While we didn't get to do as much sight-seeing as we would've liked since the US Open took up a big chunk of our days, I'm still really glad we went.  I don't take for granted the travel opportunities I've been given over the past few years.  My hubby is incredibly supportive of my dreams, and he works really hard to make them come true.  I am so thankful for his generosity and the fact that he shares my adventurous spirit.  While I know having a child next year will definitely cut back on our ability to travel, we're going to try very hard to see that it doesn't get eliminated completely from our lives!  It's very important to us to see other people, other cultures, other cities, other lifestyles, etc.  We'll make sure we don't lose that drive, and we'll make sure our kiddo gets to share in it too (when he's old enough to appreciate it, of course!)
Posted by vanweezy at 12:16 PM