This past weekend, Meezy and I traveled to Amarillo to see his family for a belated Christmas and to celebrate New Year's.  We usually do a creative gift exchange with his mom's side of the family, and this year the theme was board games.  It's white elephant style, so we drew numbers and were allowed to steal a game from someone else.  (side note - you also have to wear a goofy hat while doing this.  Don't hate).  There were a lot of pretty entertaining games brought to the event, including a few I had never played before - Dicecapades, Buzz Word, and Hedbanz.  The best thing about this year's theme was that we could all still enjoy each gift, no matter who ended up with it!  We played a few of them as a family, and it was a great time! 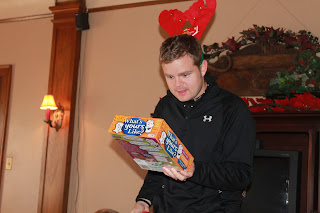 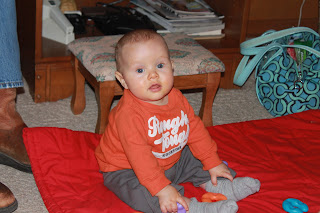 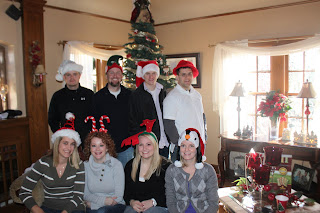 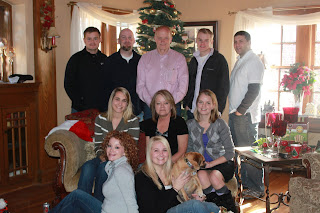 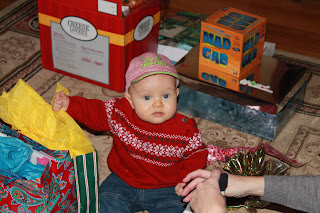 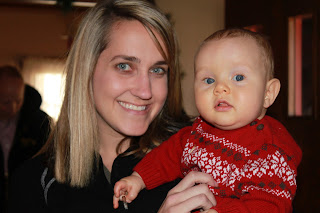 For New Year's Eve, we went to a house party with a bunch of our friends.  It's a fun time of year because Meezy's childhood friends, no matter which city they currently live in, always meet back up there for the holidays.  It's nice to catch up with folks we haven't seen in a year, and it always feels like we had just seen them yesterday.  The night was filled with beer pong, flip cup, and zebra cakes to the face.  I wouldn't have wanted it any other way! 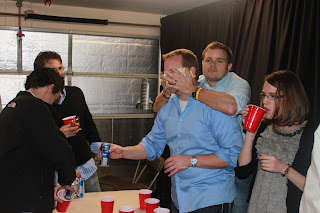 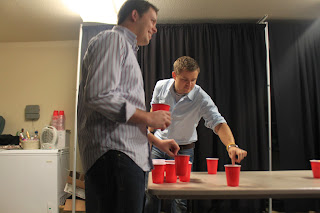 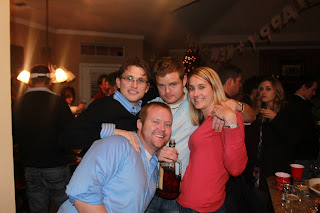 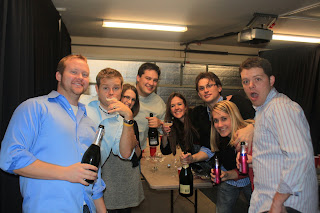 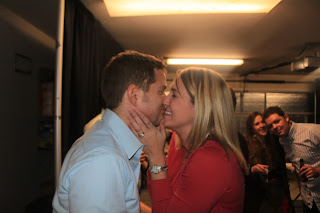 Before we left town on Sunday, we spent a little while with Meezy's dad and grandmother.  It was relaxing to sit and talk with them for a couple of hours, while enjoying a wonderful, home-cooked meal.  We don't get to see them nearly enough, and I cherish the time we spend with them.  I hope everyone's holidays were enjoyable.  Best wishes in 2011!
Posted by vanweezy at 10:58 PM