I'm lucky enough to live down the street from a very talented chef. We've become friends with him and his family, and Meezy and I have dined numerous times at the restaurant where he serves as the Executive Chef.  Another neighbor/friend mentioned that she had him cater a private party at her house and that gave Meezy and I an idea. Our friend/former exchange student/honorary family member (Kim) from Germany came back to visit us for 3 weeks recently, and we wanted to have a special dinner for her and her boyfriend. We thought about making reservations at a restaurant and inviting a few more friends, but the thought of having a dinner party at our own house sounded really fun.  It's comfortable and laid back and we could have control over the food and drinks being served.

First order of business was deciding on the menu. We knew we wanted five courses and wanted it to be a good variety of foods. I'm a vegetarian and our guest of honor doesn't like fish, so the chef was nice enough to do custom items to accommodate the two of us, while still providing an amazing course for everyone else. 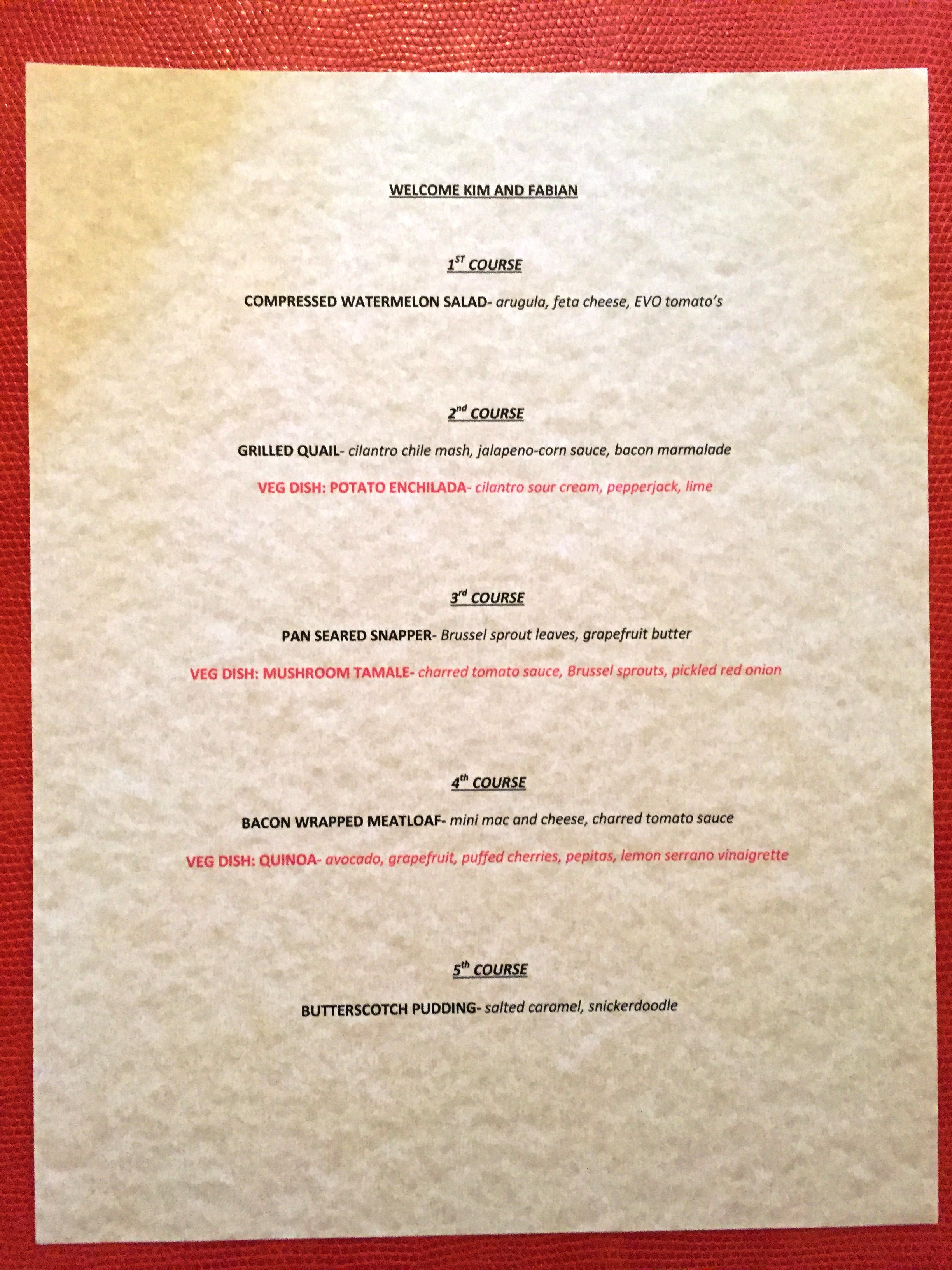 With this many plates and silverware needed, we decided the best option was to use a rental company to provide them. We also hired a waiter to help with the serving and act as a bartender. Next order of business was the guest list. We knew we wanted to invite friends that Kim had grown particularly fond of throughout her previous stays with us. The hard part was trying to keep it to a reasonable number! We had to make sure we could afford that many guests and also would have enough room for them. I wish we could've invited a few more people, but this was the best we could do. The final guest list included 12 diners. My dining table is fantastic and can handle that many people with the leaves extended, but I don't have 12 matching chairs! It was a little hodge-podge, but at least we all had room. 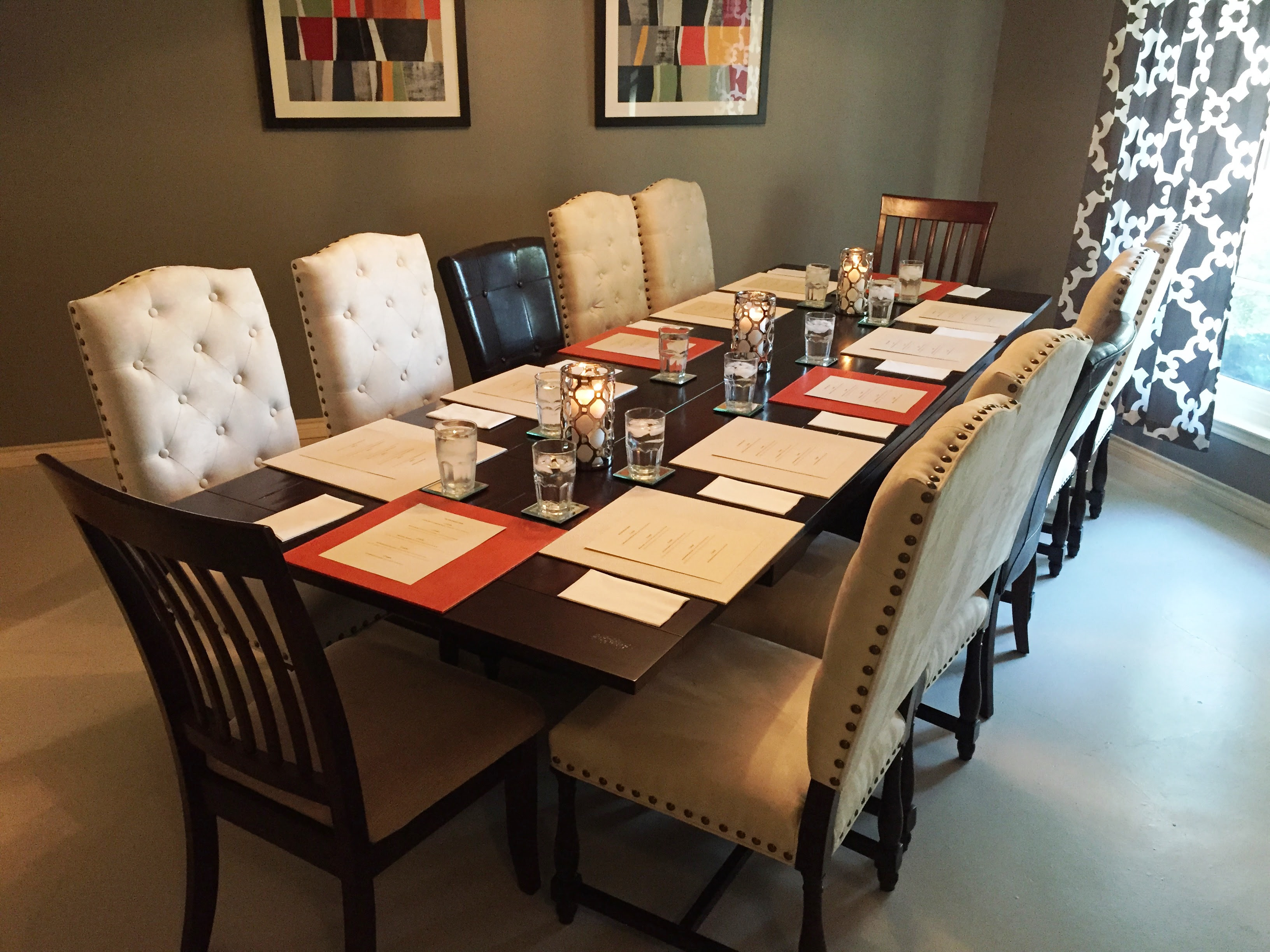 I failed massively by not taking pictures of the chef working his magic or of each course as they were being presented. I snapped one quick pic of the first course as it was being constructed, though. 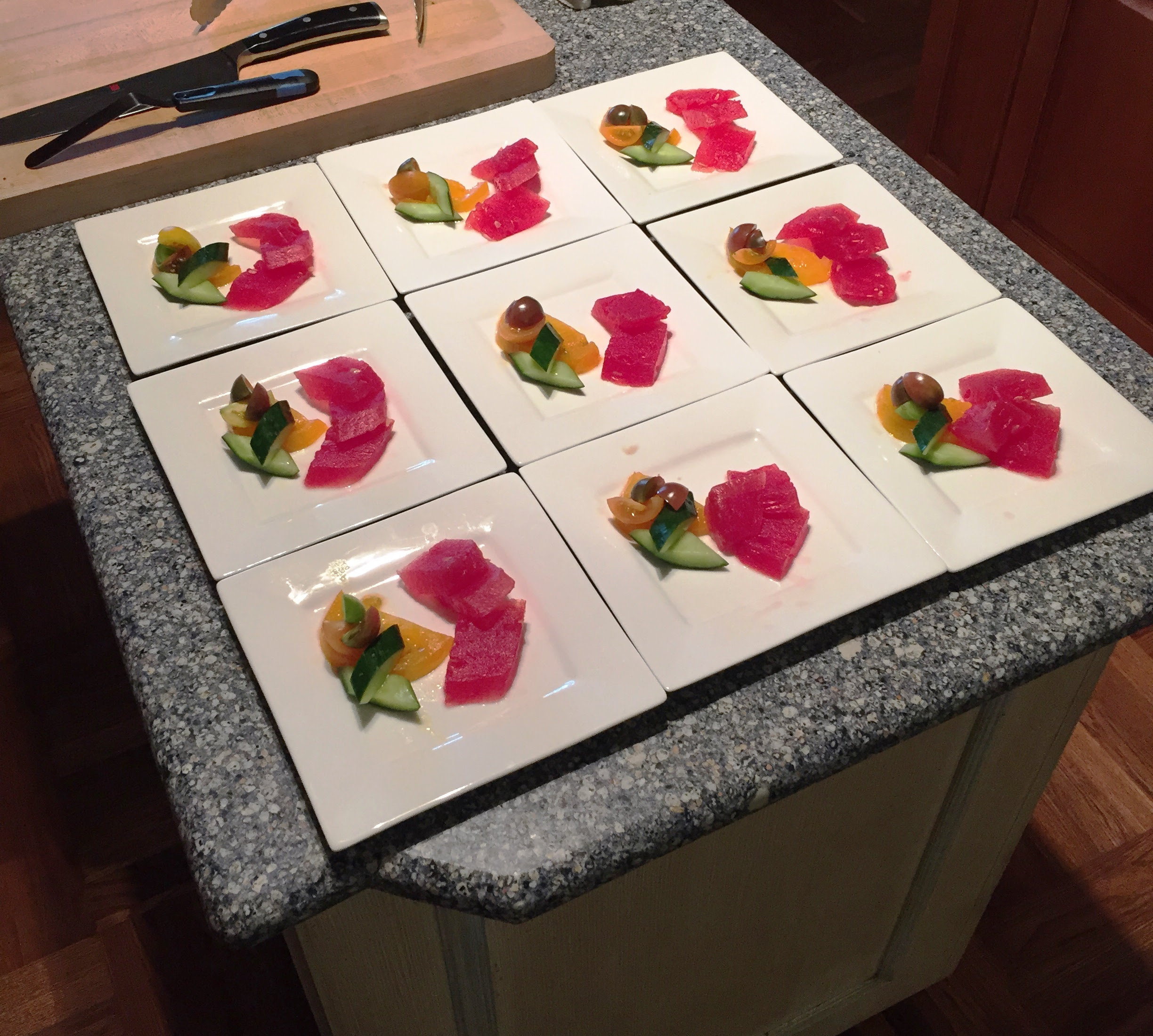 I also managed to get a pic of the dessert before I devoured every last morsel. The dinner was truly phenomenal and the fellowship was on par too. It was great to sit back and catch up with friends in the comfort of our own home, while not having to deal with any of the usual hosting responsibilities. If we could afford it, I would do this more often! 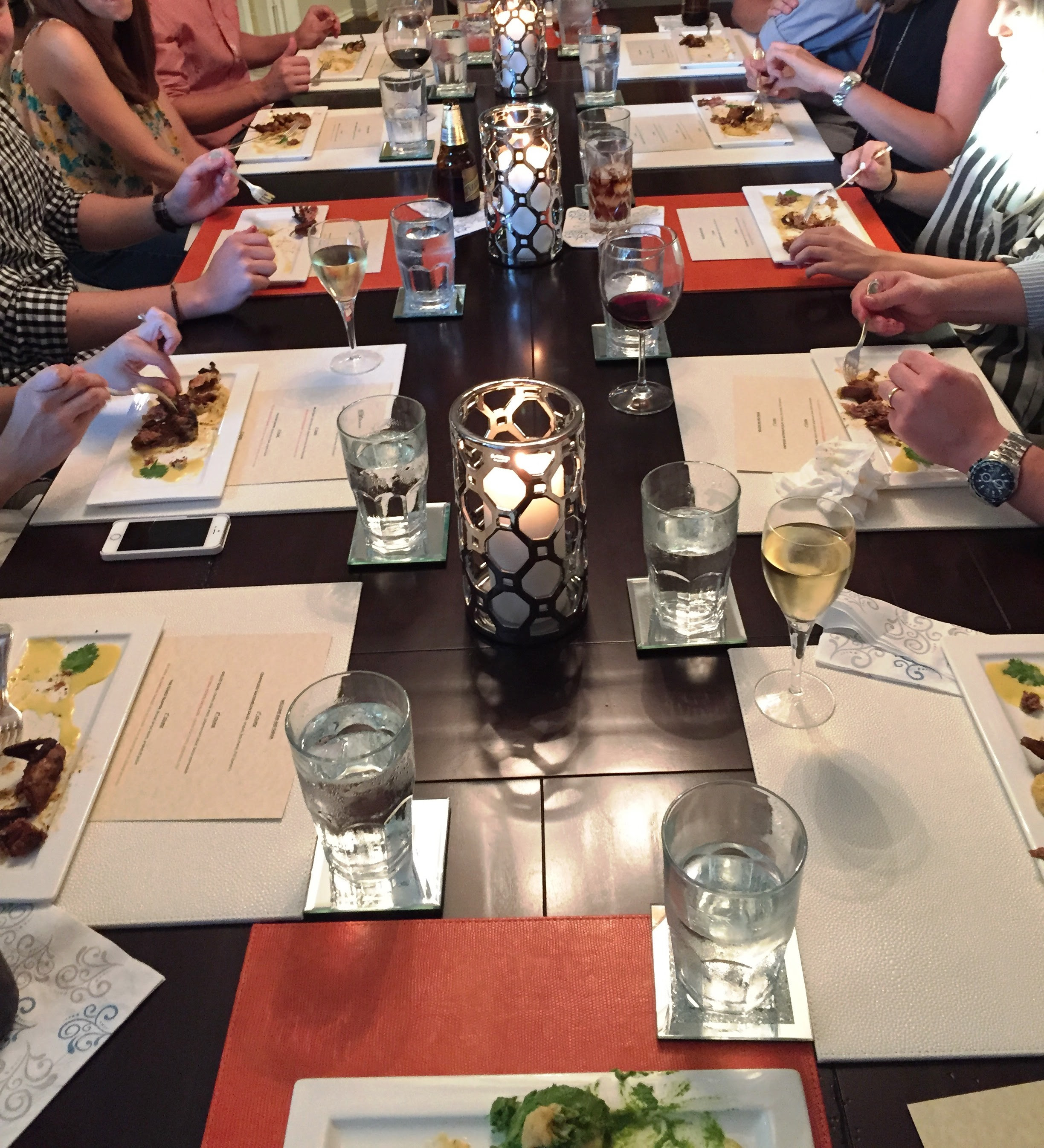 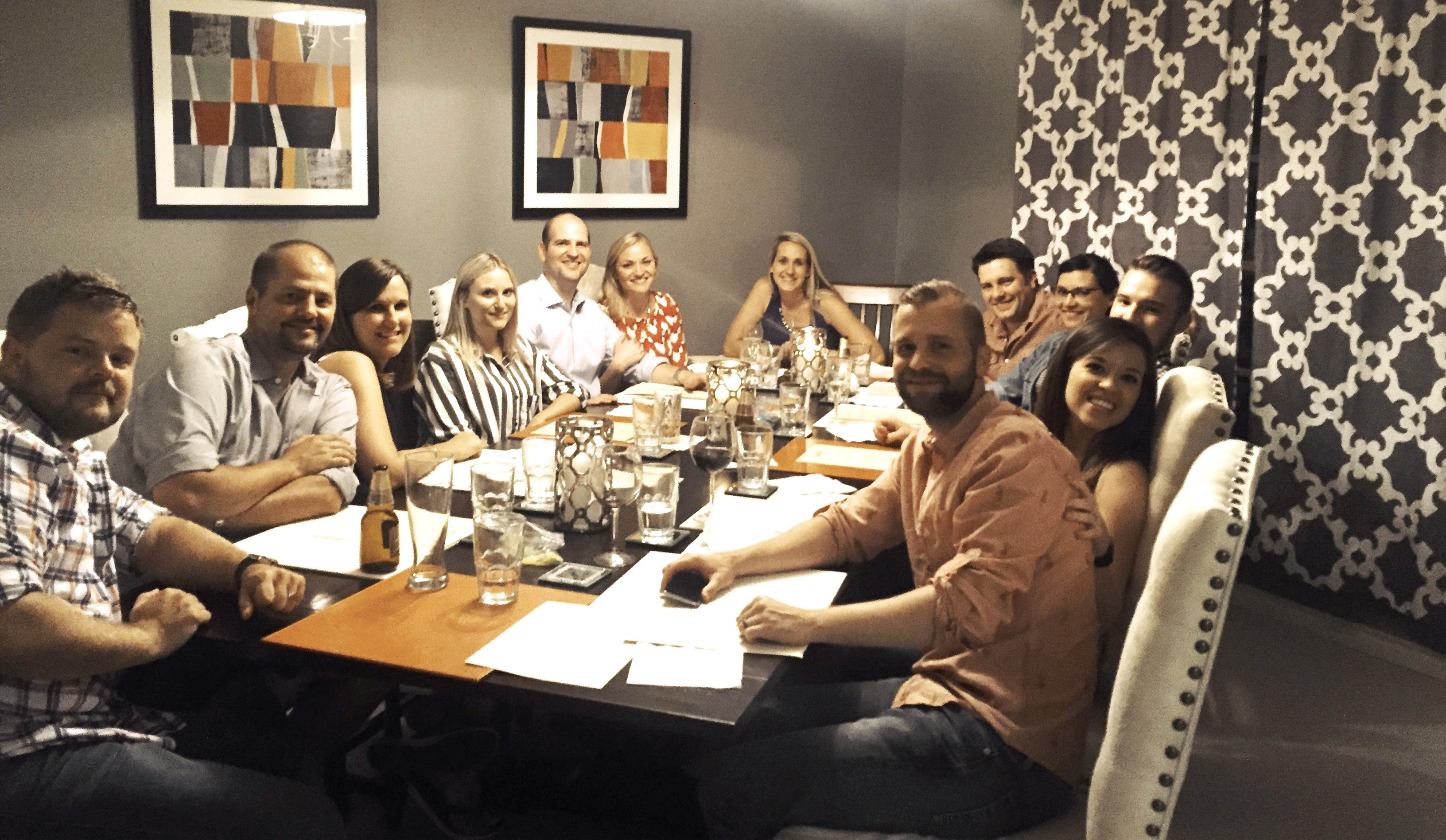