The mailbox we had at our house when we moved in was cute at first. It had a unique look, and I could see how it worked with the style of our house. Other houses in our neighborhood had the same mailbox, so I didn't think much of it. 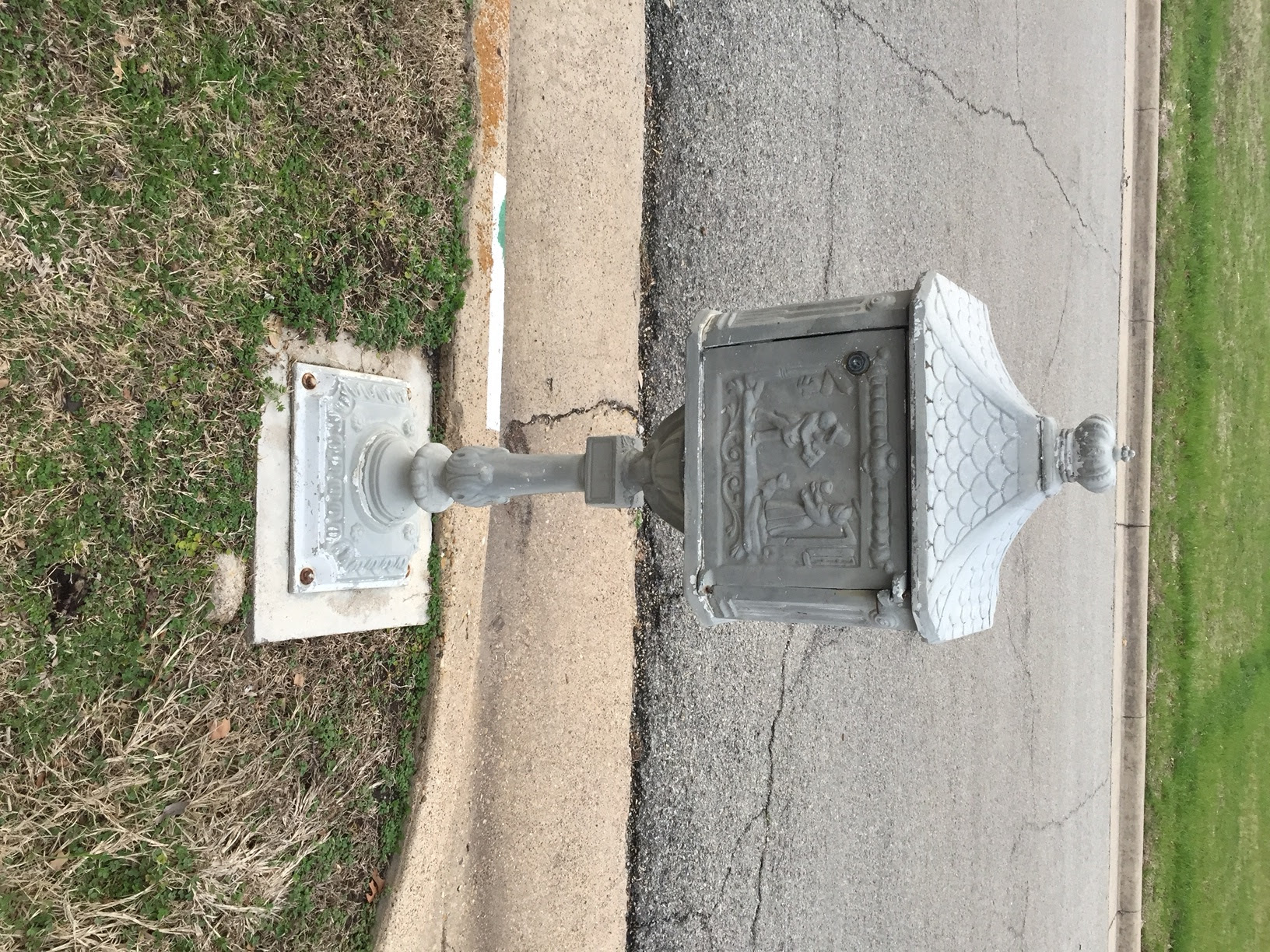 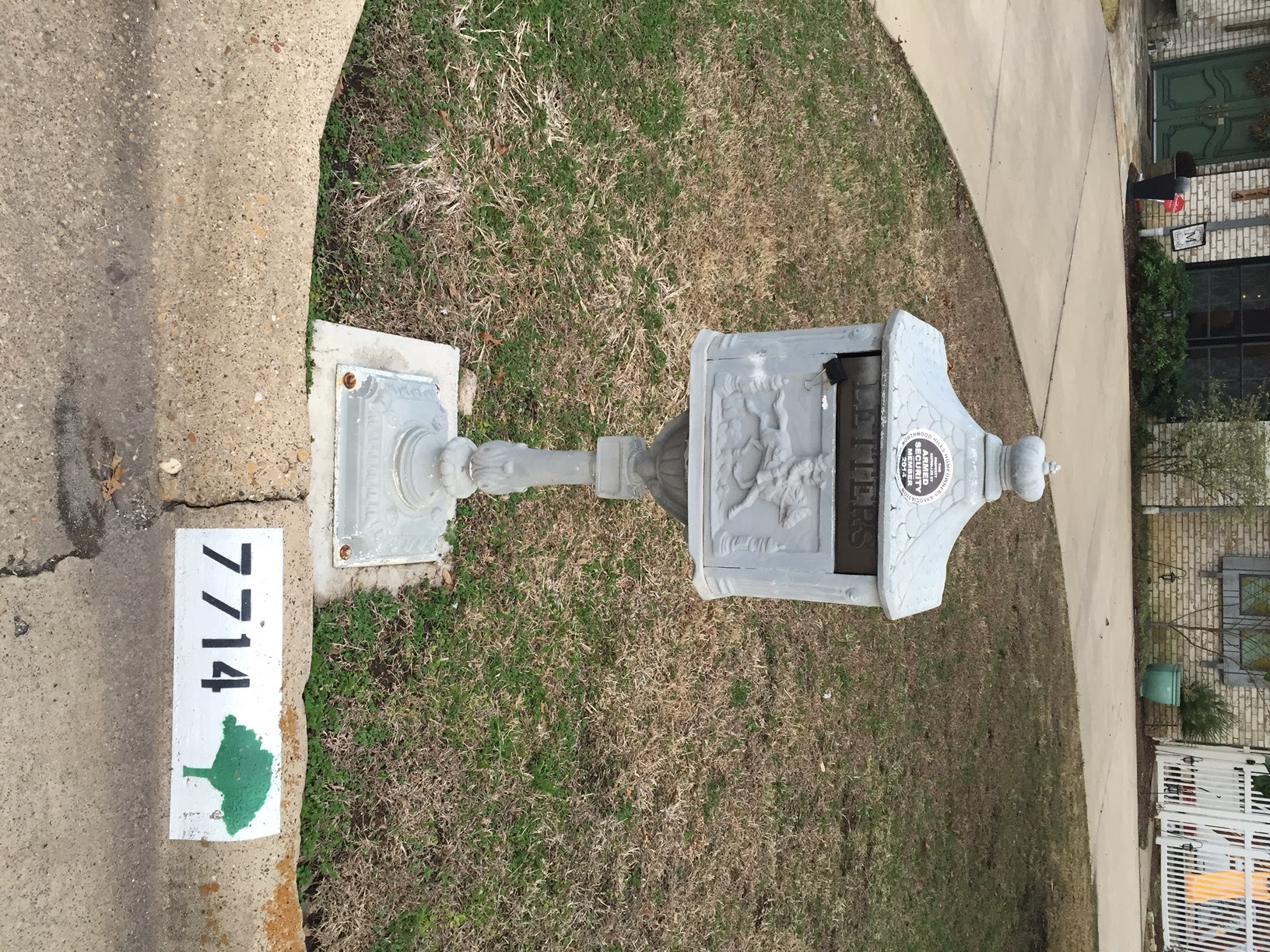 After a while, it became evident that the mailbox wasn't very useful, though. The back of it had a keyhole, but the previous owners didn't have a key to it. So, it wouldn't lock. If the mailperson dropped a lot of items into it, the weight of the mail could hit the back and cause it to slightly open on its own (since we couldn't lock it to keep it shut). Because of the flap on the front and the bad seal on the back, rain often got inside. During freezing weather, the back would get ice on it and freeze shut, so I would have to stick my arm through the flap on the front and punch the back, so that it would swing open. A couple weeks ago, a reimbursement check sat in there for a while on a rainy day, before I could get to it, and the check was ruined. We had to call the sender and ask for a replacement. How did the previous owners live with it like this for so long?!?

After the check got ruined, that was the last straw. Over time, many of our neighbors have gotten custom brick or stone mailboxes installed.  I saw one around the corner that I liked, so I approached the neighbor and asked them who they used for the construction. Even though it had been seven years since they bought it, they still had their original invoice. I called the company they used, and much to my surprise, their quote was exactly the same as it had been to my neighbor seven years ago!  That, and the fact that my neighbor's mailbox still looked great after that much time, motivated me to employ their services.

They came out and looked at the brick on our house and determined that they could still find that same style. We got to choose what top we wanted on the mailbox, and also if we wanted numbers and where they would go. The actual mailbox insert would come from us, so we purchased this one from Lowe's.  The first day, they removed the old mailbox and its base, and poured the foundation for the new one. (We used this opportunity to get the new mailbox installed directly over our curb-painted numbers. It had previously been off-center). 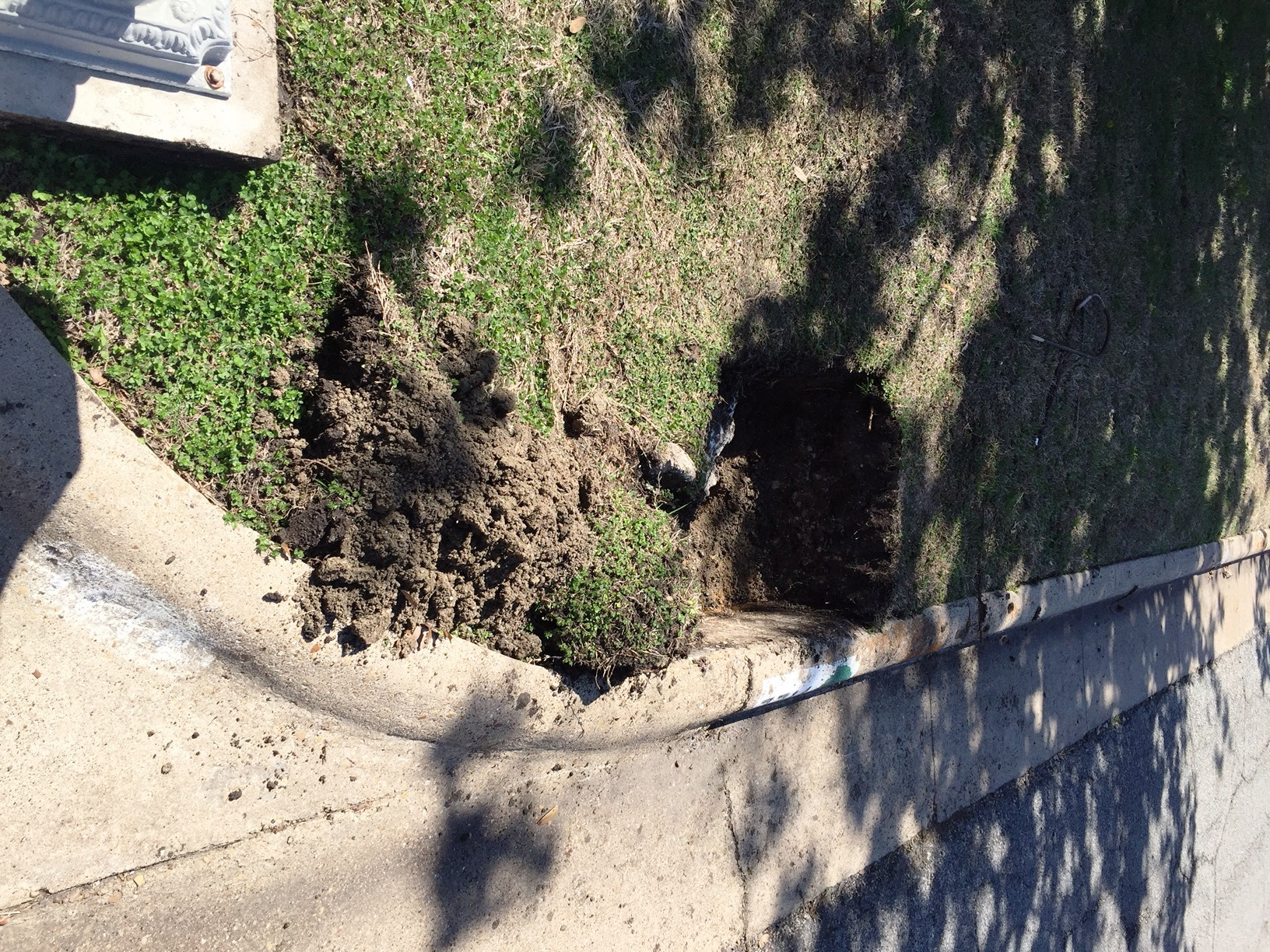 The second day, they finished all the construction. It looks awesome!  I was very impressed with their work and happy with the cost. It's SO much nicer to walk out to the mailbox now, knowing my mail is secure and dry in a locked box. 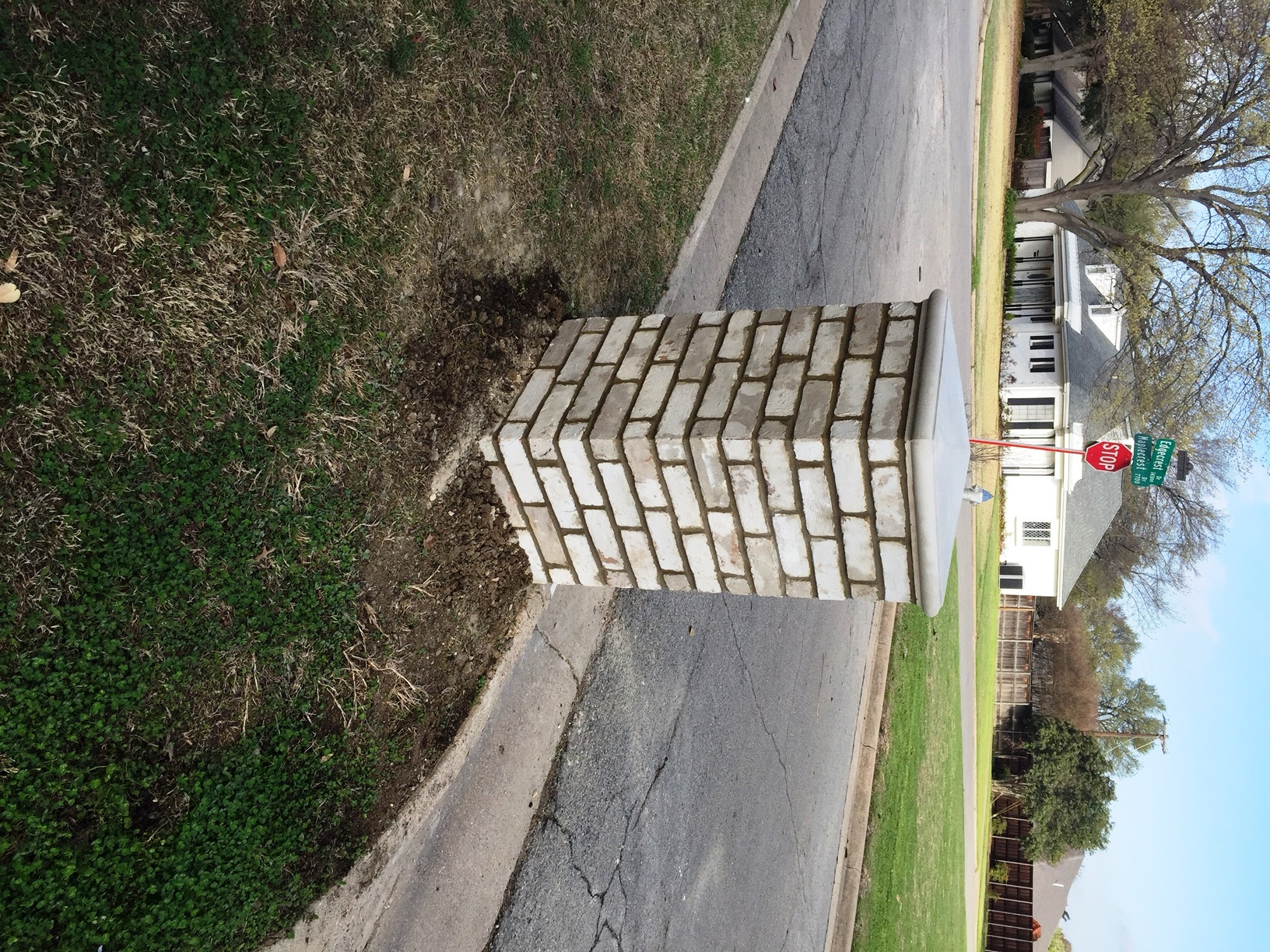 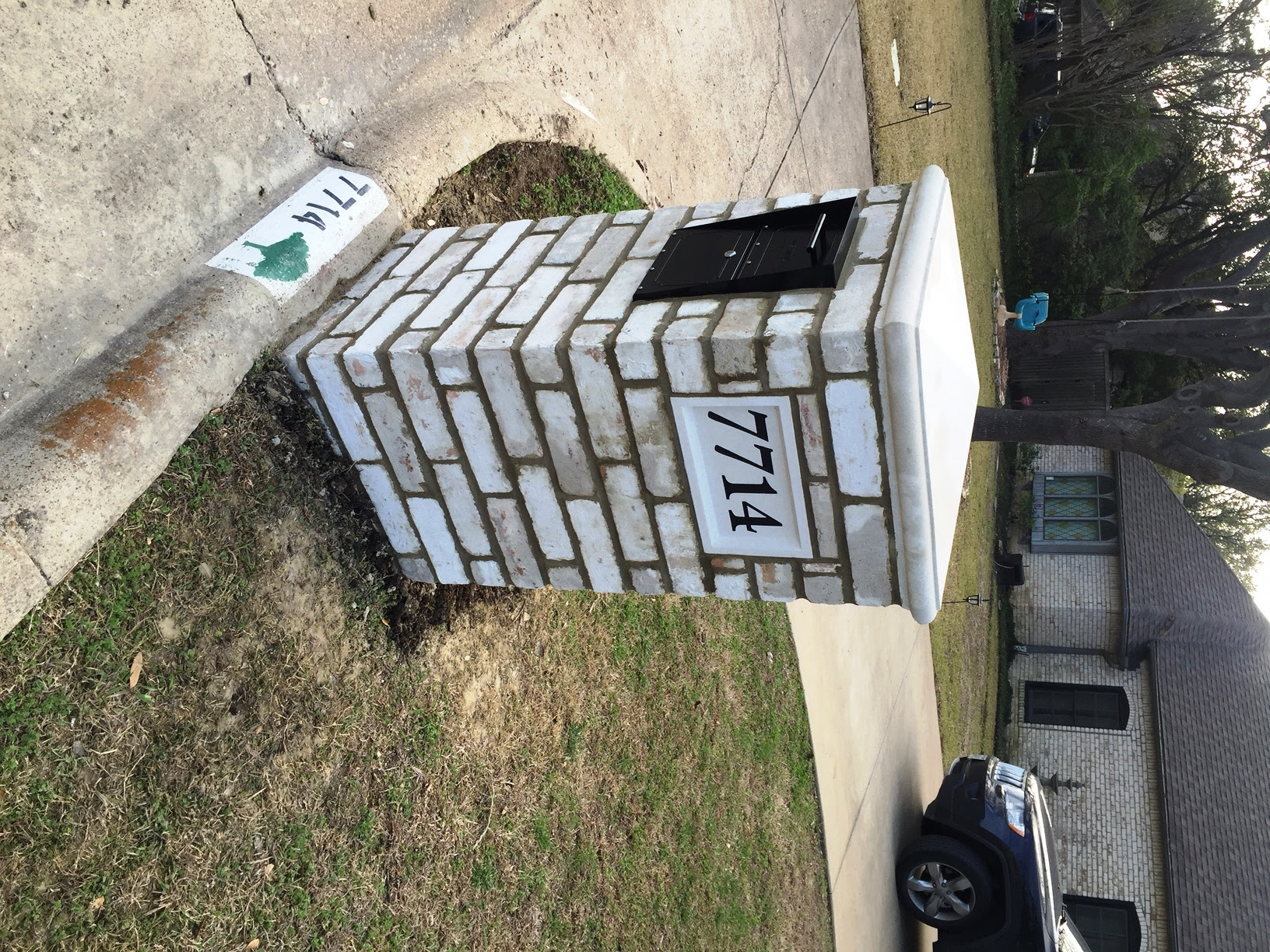 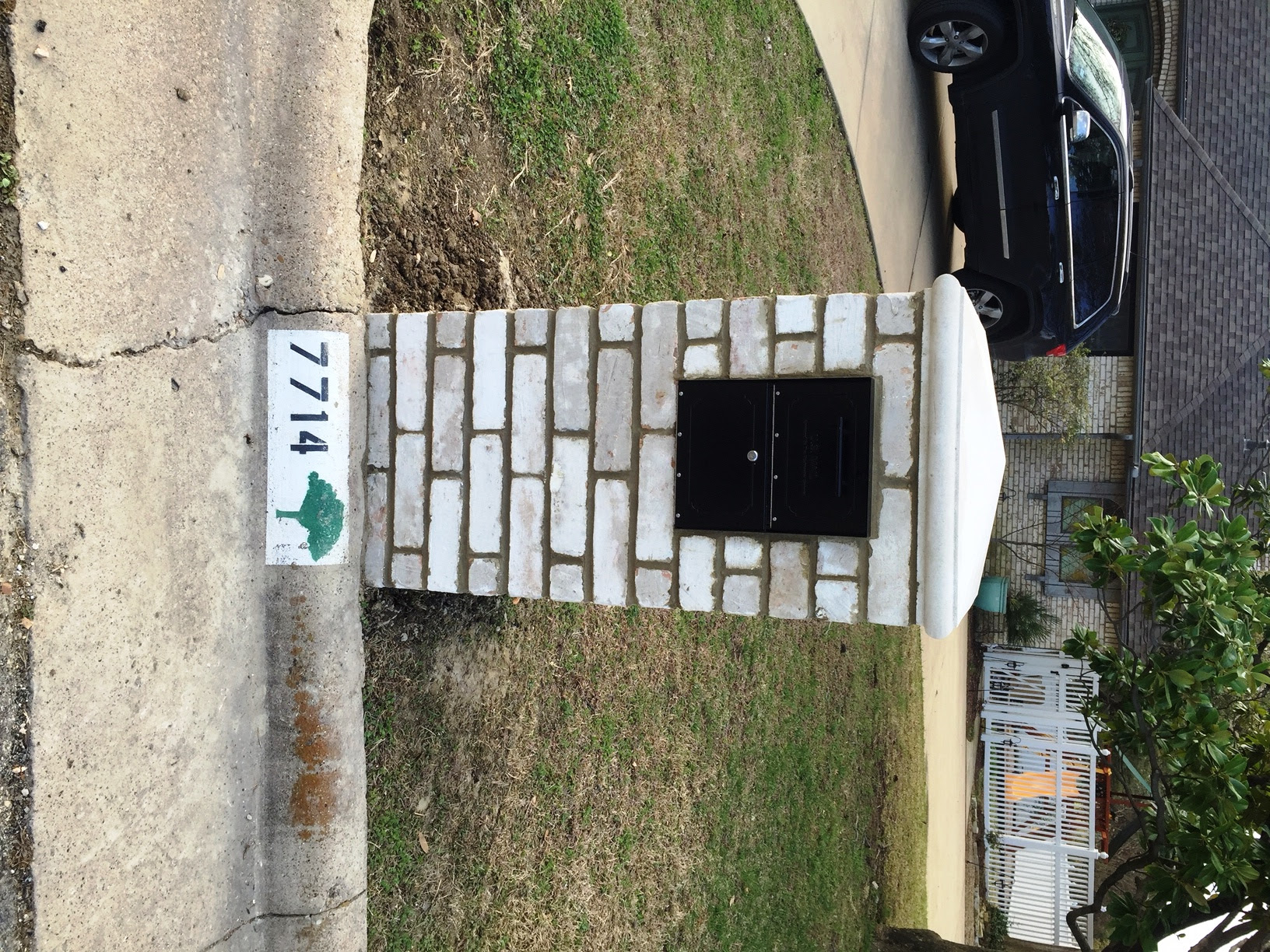 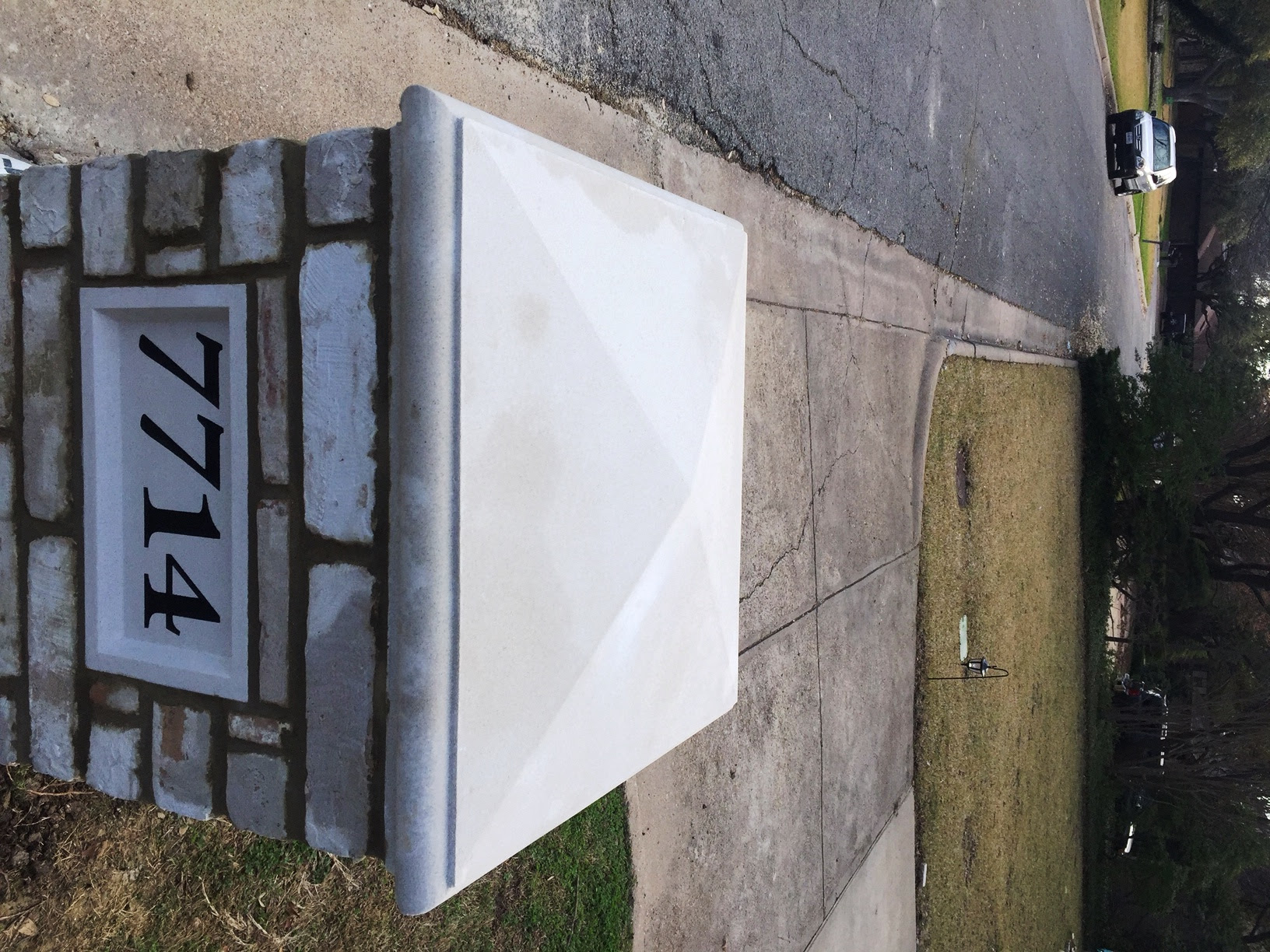