Dutch is pretty predictable when it comes to his sleeping position.  99% of the time, his preferred position is on his stomach, arms tucked underneath him, legs crossed behind him, butt up in the air.  It's friggin' adorable and looks like this: sorry for the poor quality; it's a picture of a picture

For a couple nights recently, he didn't sleep well.  He woke up multiple times and had trouble going back to sleep.  Of course it was rough on us, but apparently it was rough on him the next day too!  For his naps the two days after the two bad nights, these were his positions: 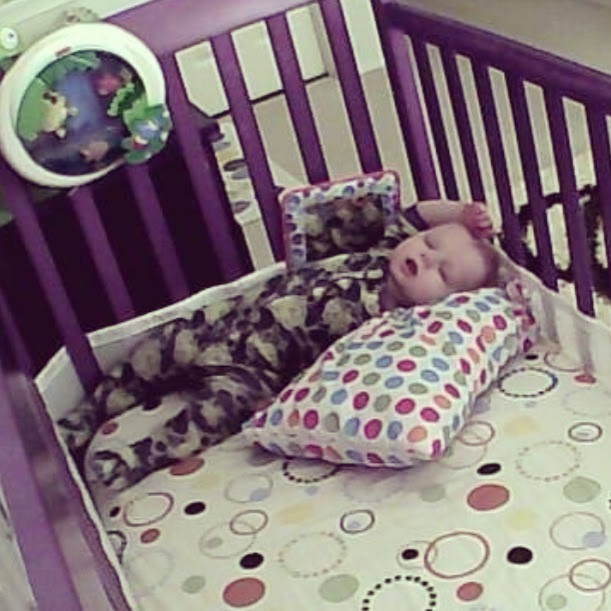 Poor guy was apparently so exhausted, he couldn't even get himself into his normal position!  Lol.  Still adorable.
Posted by vanweezy at 4:52 PM

That last one busted me up! Haha!!